6 things your boss can legally do in Tennessee 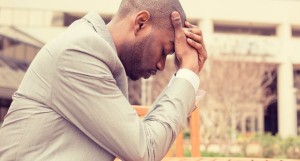 Every state has its quirks on the law books. For a number of reasons, state legislatures don’t always get around to passing laws that people might think are common sense or repealing laws that might have outlived their usefulness.

Some of these laws are rarely enforced. Others can cause huge problems when they are, especially when it comes to employment law.

You might be surprised by what’s legal in Tennessee—and what’s not.

2. You can be fired over your sexual orientation.
There is no law in Tennessee that protects gay or transgender employees, though some cities such as Memphis, Nashville, and Knoxville have local laws that protect city employees. But protections don’t extend to other employees. In fact, a state law bars local governments from extending those protections beyond city employees. There is also no federal law that protects sexual orientation. Therefore, in Tennessee, an employee may be legally terminated simply for being gay or transgender.

3. You can’t be fired for smoking.
Under Tenn Code Ann: 50-1-304, employers cannot terminate someone “solely for participating or engaging in the use of the product not regulated by the alcoholic beverage commission that is not otherwise proscribed by law.” That would include tobacco products.

4. You are not protected from bullying.
There are laws to protect employees from discrimination based on protected classes such as race, sex, religion, national origin, and disability. Therefore, if an employee is bullied because of one of those protected classes, they have some protections. However, there is no law that prohibits general garden variety bullying. There is a statute called the Healthy Workplace Act that applies to public employers. This act allows victims of workplace bullying to bring legal claims. However, this law is limited in its application. It allows employers to escape liability if they adopt a model abusive conduct prevention policy. Above all, the law does not apply to private employers.

5. You aren’t guaranteed a vacation.
In Tennessee, vacations from work are not required and, even when vacation time is accrued, unless there is a written policy, employees are not entitled to accrued vacation days upon the end of the employment relationship. Tenn. Code Ann. 50-2-103(a)(3) states that “the final wages of an employee who quits or is discharged shall include any vacation pay or other compensatory time that is owed to the employee by virtue of company policy or labor agreement.

This subdivision (a)(3) does not mandate employers to provide vacations, either paid or unpaid, nor does it require that employers establish written vacation pay policies.” The Tennessee Attorney General has interpreted this to mean that employers must only pay departing employees accrued vacation time when a specific work policy, agreement, or contract provides for this.

Although there had been some previous state court cases that contradicted this opinion, those cases are no longer considered binding precedent. And no court cases have addressed the issue since the Attorney General’s opinion in 2006.