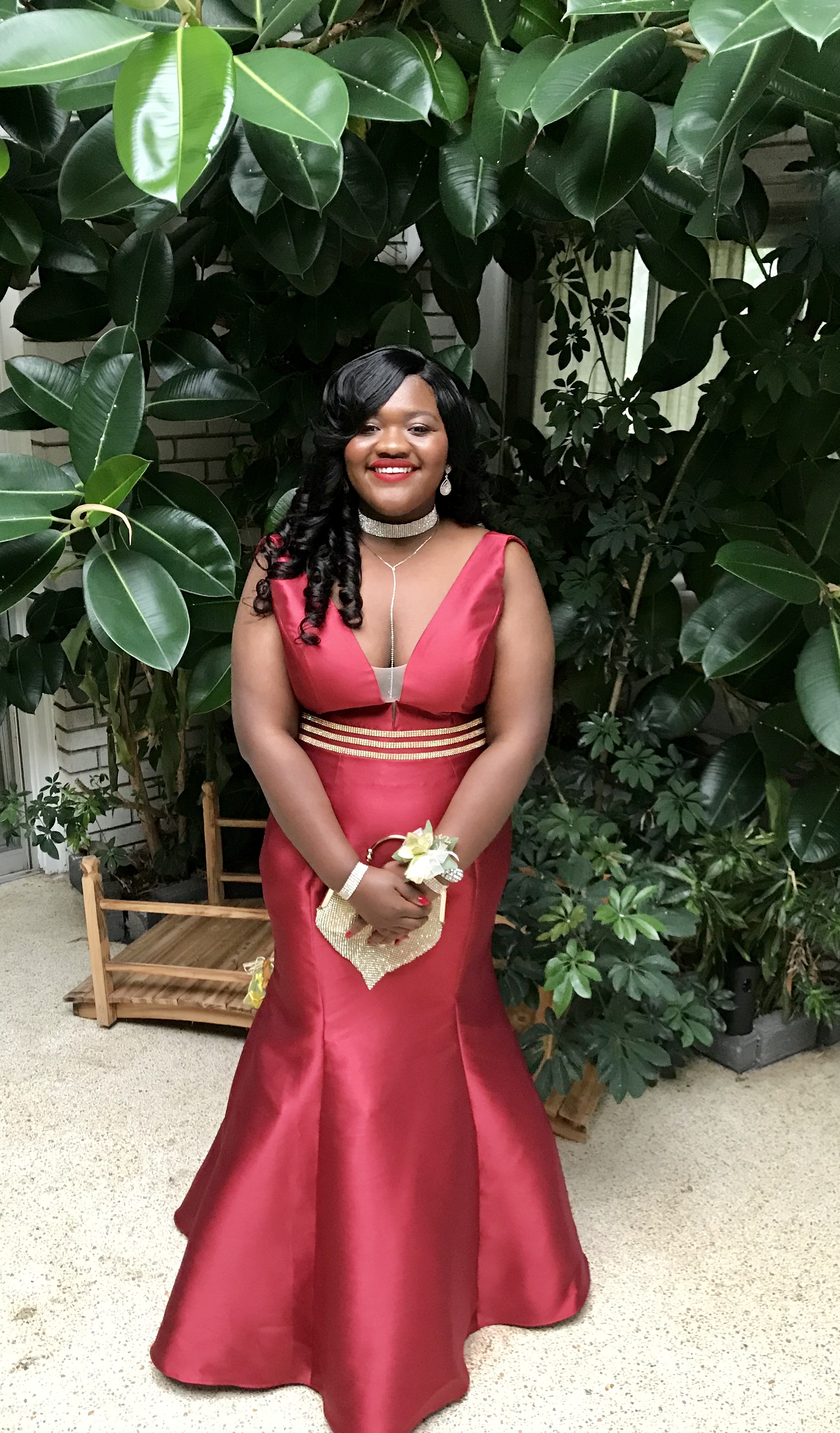 A promenade dance, more commonly known as a prom, is a semi-formal dance or gathering of high school students. This event is typically held near the end of the senior year and is celebrated throughout the United States. Sydney Y.K. Brown recently embraced the milestone of her prom in grand style at the home of her parents.

Sydney , a senior at Dr. Martin Luther King, Jr. Academic Magnet High School, entered the room donned in a regal crimson formal gown by international designer Jovani to the classic song ‘Isn’t She Lovely’ by Stevie Wonder playing in the background as she greeted her escort Josh Howard.

Sydney Y. K. Brown’s pre-prom event was to invite the various support groups to take pictures, and fellowship for overall moral and general support. She is involved with several community organizations and over the years they’ve walked with her along her path in life.

It was a breathtaking moment captured by applause and smiles with a room filled with family and friends, including an elite circle of dignitaries. Many had personally mentored Sydney, her siblings and mother Katherine Y. Brown.

The event was catered by Anthony D. Rodgers and Chef Irving Brown II.

This rite of passage was a memorable evening for Sydney and all in attendance. She entered the promenade with elegance and grace. Sydney’s nails were red gel polish, adorned with 24k gold foil and Swarovski crystal stones.

Support for Sydney’s prom included community groups, such as Jack and Jill; the Links, Inc.; and various fraternities and sororities—and, of course, family and friends.

After the private promenade event, Sydney and her date were accompanied by parents as they drove away in a private car to the prom.

“As she prepares for her college journey, we look forward to great things from this aspiring physician researcher who plans to attend Agnes Scott College in fall 2018,” said proud parents.

Come ready to play for Ready Player One