Operation ‘Get Out and Vote’ is crucial 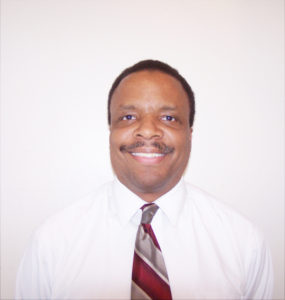 Needless to say, it is of the utmost importance that we exercise our constitutional right to vote. More than any time in recent history, it is necessary to change the detrimental and traumatizing scenario characterized by this president and his administration of sycophants that have made this country the laughing stock of the world. We can no longer just hope and pray that this president changes course and does what is right and ethical because it seems he doesn’t manifest the virtues of honesty, morality or righteousness that Americans adhere to and share. We must physically get up and dash to the polls to counteract what took place two years ago.

We cannot afford to be caught sleeping again and allow this travesty of incompetence and immorality to continue. While there is an undeniable group of supporters who are loyal to this president, supporting his reign of immorality, disrespect, and racial insensitivity, I would argue that majorities of the people are ready to end this debacle of shame and abuse of power. That is why it is crucial that we start getting the word out now to friends, family and concerned citizens to register and vote in November! We must change this tide of tyranny and racial divisiveness, which has been cultivated by the current president and supported by the GOP, dominated Congress.

Enough of the name calling, finger pointing, and the blaming of Trump supporters for their complicity in allowing what many consider to be an egotistical, maniacal, misogynistic and racist tyrant to lead this country. It is time to vote out die-hard Trump representatives in Congress and in our state and local governing legislatures. We must elect new blood that represents the true values and concerns of hardworking American citizens. Let’s bring back decency, morality, respect for others, and the truth that seems to have made an abrupt departure with this president and his administration.

This present administration has shown little diplomacy and no tact in hiding what many people, especially people of color, see as a blatant disregard for the truth and the exercise of exploitative racism. The only true winners in this administration seem to be the rich and big corporations with their exorbitant tax breaks.

The apple this administration is dangling in the face of the public is that non-employment is at a record low and jobs have never been so plentiful. But investigation indicates a large percentage of these jobs are part-time. Even those that are full time don’t offer employees a decent living wage. Thus many people are forced to work two or more jobs to support their families. If you are claiming to tell the truth, tell the whole truth.

The GOP’s distortion of truth or all-out lying (as well as attempting to maintain a support ‘base’ of voters by creating overt racial tensions) are essential reasons we should run to the polls and end this circus of hate and abuse. If for no other reason, people who respect the law should vote to show that no one should be above the law—regardless of race, sex, religious affiliation, status or class. Evaluate the facts and vote your conscience, because the right to vote came at a high price for many of us. We have an obligation and responsibility to make good on our elders’ and ancestors’ fight for equality.

College students who are of age make up a substantial percentage of voters. They should make sure they have state or federal identification containing their picture (their driving license should do). Their college identification card is not acceptable if they vote in the local or state election outside their hometowns. College students can vote an absentee ballot by submitting their ballots before the election if they are registered in their hometowns. If they aren’t already registered, they can use their college address (temporary or permanent) to be able to vote in the town where they are attending college.

Many registered voters believe that it is the younger voters who are going to have to turn the tide to make right what this country has faltered upon.

The general election is just around the corner: November 6. The voter registration deadline is Tues., Oct. 9. Early voting in Tennessee starts Oct. 17 and runs through Nov. 1. Time is of the essence! Let’s change history and save this country from it spiraling downward decline. Make sure you are registered to vote and encourage others to vote. Again, you can’t afford not to vote!

Contact your local Election Office if you have any questions.