Prisoners getting paid $1.45 a day to fight California wildfires 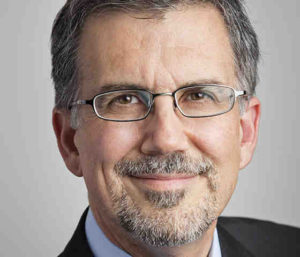 As firefighters in California battle the deadliest wildfires in the state’s history, unlikely allies against the blaze join them. About 200 prisoners in California’s Conservation Camp program are fighting the fires alongside civilian employees, earning just $1.45 a day for their work. Their pay as workers is a fraction of minimum wage. The hazard to their lives is real, as evidenced by a death toll that has climbed steadily.

The prisoners battling the fires in California deserve real wages. And their rights as workers lead us to larger issues of prison labor, fires or not.

I’m often asked what the ACLU thinks about this and other prison work programs. The answer isn’t black or white. Most prisoners want to work, and jobs for prisoners can be a very positive thing. A job can provide an escape from the crushing monotony of prison life—a chance to do something productive, earn a little money, and maybe even learn some skills that are useful in and of themselves and useful when reentering society. And as we know, 97% of people in prison will return to their communities.

That said, given the vast power inequality between prisoners and their employers, there is also a persistent and real potential for exploitation and abuse.

Prisoners are excluded from the legal protections enjoyed by all other workers. They’re not allowed to unionize. Minimum wage laws do not cover them, and the prison can seize the paltry wages they do earn. If they’re injured or killed on the job, they’re not covered by workers’ compensation, and their ability to recover damages in court is severely limited. All of these factors combine to make prisoners a uniquely vulnerable workforce.

It’s true that no California prisoners are forced to fight fires. Prisoners volunteer for the assignment. But prison is an inherently coercive environment; there’s very little that is truly voluntary. So it’s critically important to ensure that prisoners who choose to work are making a free and uncoerced choice, and a choice that’s fully informed about the risks and dangers of the work they’re agreeing to do.

At least two prisoner firefighters died in work-related accidents in California last year alone. In 1990, an entire prisoner fire crew of six died on a single day in Arizona. Beyond these more immediate dangers, firefighters face an increased risk of respiratory disease, cancer, and other illnesses.

Prison labor also raises additional concerns beyond prisoner health and safety. Employers will naturally be attracted by the prospect of a uniquely docile, powerless, and literally captive labor force. The prison labor force could also undercut workers who are not incarcerated. Without proper oversight, in a country with 2.3 million prisoners, there’s a danger that prison labor could displace the position of free workers and undermine workers’ rights writ large.

The state of California has come to rely on prison labor to such a degree that it has affected state policy.

In 2014 the California prison system was ordered by a federal court to grant early release credits to minimum-security prisoners to comply with a population cap imposed by the U.S. Supreme Court. The state’s lawyers argued against such early releases on the ground that they would “severely impact fire camp participation.” In other words, the state argued that people should be kept in prison not because they were dangerous, but so that they could continue doing work that would otherwise have to be done by public employees.

Although the court rejected those arguments and then-Attorney General Kamala Harris later disavowed them, the incident shows how the temptation to exploit prison labor can distort our criminal justice system. We should use incarceration as a last resort to protect public safety, not to create or maintain a pool of cheap labor for the government.

The best way to protect prisoner workers is to treat them as much as possible like non-incarcerated employees. There’s no reason they shouldn’t be paid a real wage, protected by occupational health and safety laws, and compensated for injuries on the job. The hundreds of prisoners risking their lives on the fire lines deserve nothing less.

(David Fathi is the director of the ACLU’s National Prison Project.)

The real loser in Midterms: individuality

My cup runneth over