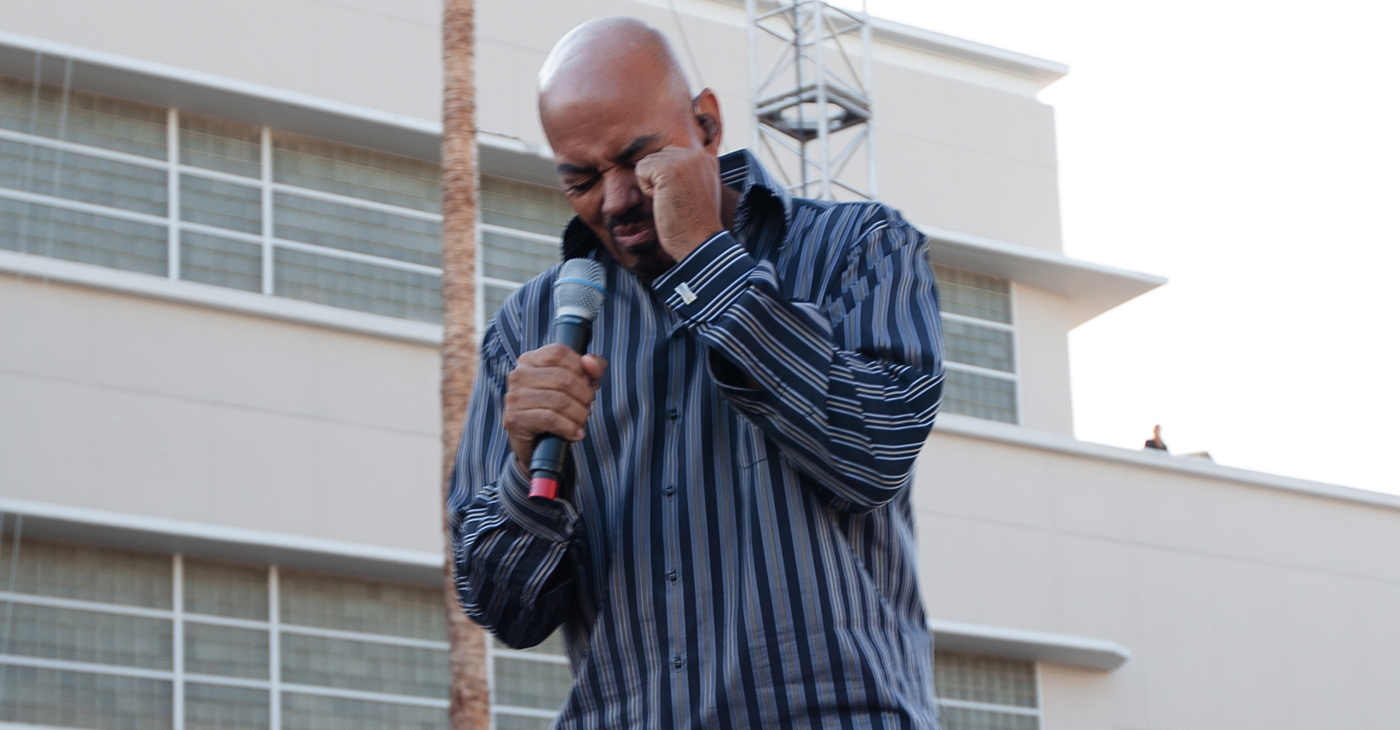 Popular R&B singer James Ingram died on January 29 at age 66 at his home in Los Angeles.

With his strong vocals and stand out ballads, Ingram was known to collaborate with other big names of his generation such as Michael Jackson, Quincy Jones and Kenny Rogers. Ingram was one of the most successful singers of the ‘80s and ‘90s. He was also a successful songwriter. Ingram died of brain cancer. The news was shared via Twitter by Ingram’s friend and creative partner Debbie Allen on Jan. 29.

Ingram collected two Grammy Awards and a pair of No. 1 Billboard Hot 100 hits over his decades-long career.

“I have lost my dearest friend and creative partner James Ingram to the celestial choir. He will always be cherished, loved and remembered for his genius, his love of family and his humanity. I am blessed to have been so close. We will forever speak his name,” wrote Debbie Allen on twitter. A long-time friend of Ingram’s, Allen was the first to announce his passing. After her tribute, the accolades and the sadness poured in from many quarters.

There are no words to convey how much my ❤️ aches with the news of the passing of my baby brother, James Ingram. With that soulful, whisky sounding voice, James was simply magical. He was, & always will be, beyond compare. Rest In Peace my baby bro…You’ll be in my ❤️ forever pic.twitter.com/oZtA9h8uZR

James Ingram won two Grammy awards, one for the song ‘One Hundred Ways’ for best male R&B performance in 1981 and a second for a duet with Michael McDonald for the single ‘Yah Mo B There’ for best R&B performance by a duo or group with vocals in 1984. He earned nine hits on the Billboard top 100, which included two number one hits: ‘Baby Come to Me,’ with Patti Austin in 1983, and ‘I Don’t Have the Heart’ in 1990. He also scored 19 songs on the Adult Contemporary charts and 18 on the Hot R&B charts.

“Another dear friend has made his transition. James Ingram, a voice to be recognized and revered, a wonderful human being full of joy. Truly deep, heartfelt condolences to his wife and his family. He will be missed and may he now rest peacefully,” wrote Gladys Knight in a statement.

“There are no words to convey how much my heart aches with the news of the passing of my baby brother, James Ingram. With that soulful, whisky sounding voice, James was simply magical. He was, and always will be, beyond compare. Rest In Peace my baby bro. You’ll be in my forever,” wrote Quincy Jones.

Ingram was born in Akron, Ohio. He would later move to Los Angeles and become a member of the band Revelation Funk. Ingram also was a member of Ray Charles’ band as a keyboard player.

Details regarding funeral arrangements have not yet been released.

Lauren Victoria Burke is an independent journalist and writer for NNPA as well as a political analyst and strategist as principal of Win Digital Media LLC. She may be contacted at LBurke007@gmail.com and on twitter at @LVBurke.