It’s February, and that means we can focus on our African American heritage and take month to really dig deep into our roots and celebrate. Last month if you watched RUMBLE on NPT you found out that many of us legitimately have connections to some of the 500 nations that were here when the Europeans came. I am always fascinated by the rich variety and deep complexity of our stories, not ‘history’s, and where they can lead us into the future.

As I prepare to celebrate personally by going to a screening of Black Panther on Sunday afternoon rather that watch the NFL game on TV, I am also planning a gathering on Sunday, February 24, 2019 to commemorate the transition of a great science fiction author who passed away on that date in 2006 – Octavia E. Butler. More about that later, as it shapes up.

Meanwhile, here are a few items of interest that I think you might enjoy during February, whether or not they are Black History Month events.

CONVERSATIONS AT OZ , Feb. 6, 2019, 6PM at OZ Arts, 6172 Cockrill Bend Circle. Conversations at OZ is an evening of cocktails, dinner and dialogue with some of Nashville’s most notable leaders, many of them African American. Due to popular demand, they’ve added seats to previously sold-out tables. Seating is limited, and tables are selling out quickly, so call 615.350.7200 to reserve and purchase your tickets today. See you there!

“With subjects ranging from Southern hospitality to the impact of technology on the music industry to diversity and inclusion within Nashville’s creative community, attendees and table hosts alike take part in the mix and mingle cocktail hour and the dinner to follow.” 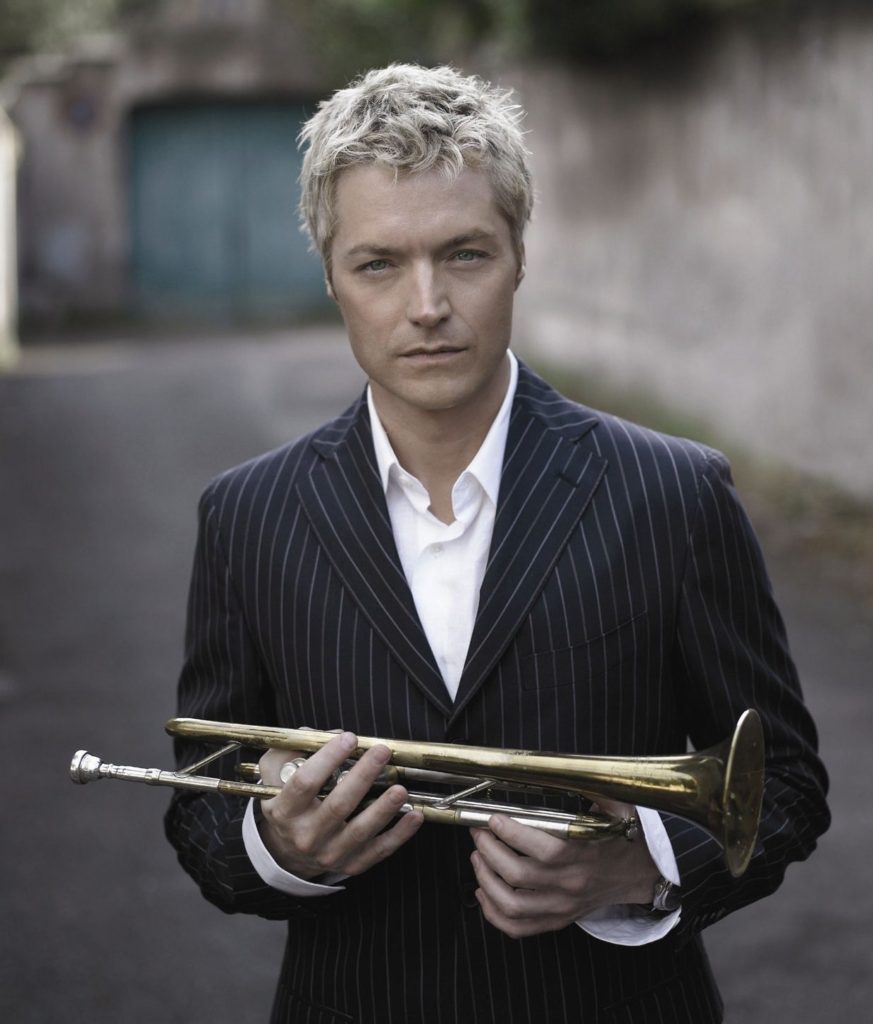 Chris Botti will perform with the Symphony for Valentines.

MUSIC AT THE SCHERMERHORN SYMPHONY CENTER
Valentine’s with Chris Botti & the Nashville Symphony Thursday Feb 14 at 7:30 pm and Friday Feb 15 at 8:00 pm Performers include the Nashville Symphony with Giancarlo Guerrero, conductor and Chris Botti, trumpet. The Grammy®-winning trumpeter returns for two nights of romantic favorites in the warm, intimate setting of Schermerhorn Symphony Center.

“That’s my home, man,” Botti has said. “1964 Miles. I love that stuff. Wayne Shorter, Keith Jarrett, Joe Henderson, Woody Shaw, that’s what I grew up on.” Though a fan of straight-ahead jazz, Botti says he eventually realized his real strength was his sound, not his dexterity.

Don’t forget to visit their very special Valentine’s photo booth with your sweetheart. Share your photos and tag #LiveAtTheHorn to be entered in a monthly ticket giveaway. See you there!

THE MUSIC OF JOHN WILLIAMS WITH THE NASHVILLE SYMPHONY runs Feb 7 through 10.
Nashville Symphony with Enrico Lopez-Yañez, conductor celebrates America’s greatest film composer, with unforgettable music from more than a dozen hit films. Fun for the whole family includes: Flying Theme from E.T. The Extra-Terrestrial, Raiders March from Raiders of the Lost Ark, Theme from Jurassic Park, Hedwig’s Theme from Harry Potter and the Sorcerer’s Stone Suite, Main Title from Star Wars & more. Come in costume as your favorite character from a movie scored by John Williams. The possibilities are endless… Indiana Jones, Hermione Granger, Superman, Han Solo… Whom will you choose? (Please note: Masks are prohibited.) Show times: Feb 7 Thursday at 7:00 PM, Feb 8 Friday at 8:00 PM, Feb 9 Saturday at 8:00 PM, and Feb 10 Sunday at 3:00 PM. 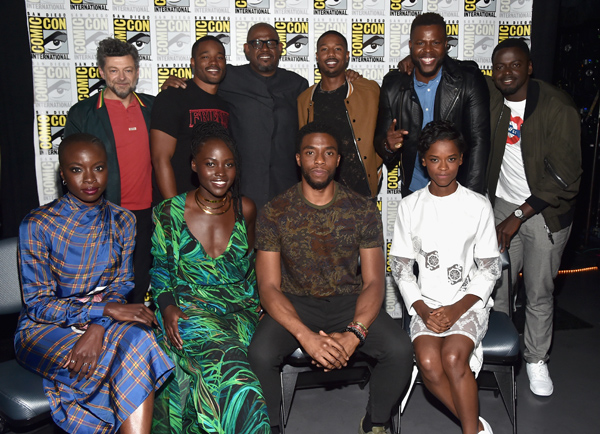 FREE BLACK PANTHER SCREENINGS AT THOROUGHBRED CINEMA FEB 1-7
Black Panther, which grossed $1.35 billion in its first foray into theaters beginning last February and was 2018’s highest-grossing film in the U.S., is returning the big screen this month for a one-week engagement at 250 AMC Theatres locations in the US and Canada . Disney says the return February 1-7 will mark the start of Black History Month — and tickets will be free. As part of the initiative, the company said it also is giving a $1.5 million grant to support the United Negro College Fund.

“Black Panther is groundbreaking for many reasons, including the rich diversity of voices behind its success,” Disney chairman and CEO Bob Iger said in a release announcing the news. “The story also showcases the power of knowledge to change the world for the better, and the importance of ensuring everyone has access to it.”

Marvel’s Black Panther has become a cultural touchstone during its run, and scored seven Oscar nominations including for Best Picture — a first for a comic book movie. On Sunday, it won the marquee Outstanding Performance by a Cast in a Motion Picture Award at the SAG Awards.

“Almost a year ago, movie lovers were transported to Wakanda, and the guest response to Black Panther was unlike anything our industry has seen before,” AMC president and CEO Adam Aron said. “AMC is excited this best-picture nominated film is once again accessible on the big screen at AMC. We are also pleased to play a constructive role in Disney’s generous support of Black History Month.”

Disney and AMC said there will be two showings per day at each theater — there at 25 in California, six in New York, for example — and after all tickets are scooped up, a waiting list for cancellations will open. Details on participating venues and tickets are at https://www.weticketit.com/blackpanther/ Participating theaters in Tennessee are: CHATTANOOGA AMC Chattanooga 18, FRANKLIN AMC Thoroughbred 20, HIXSON AMC Northgate 14, MARYVILLE AMC Foothills 12, MURFREESBORO AMC Murfreesboro 16, and also in HUNTSVILLE, ALABAMA at AMC Valley Bend 18. 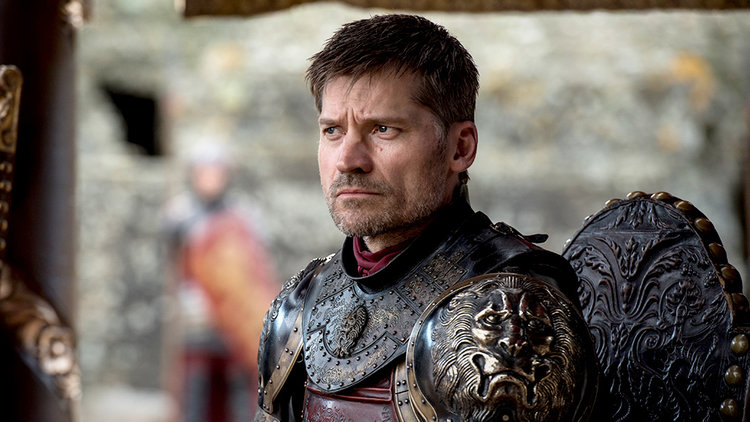 GAME OF THRONES NEWS
While the world waits for the April 14 premiere of the first of the final six episodes of one of TV crowning achievements (pun intended), I am enjoying re-watching every episode of HBO’s Game of Thrones. Nashville was fortunate to host the inaugural international Game of Thrones convention, titled Con of Thrones, back in the summer of 2017 at Gaylord Opryland, and it was a blast. After the second was held in Dallas last year, it returns to Nashville this year in a different venue.

Con of Thrones, the premier convention for fans of Game of Thrones, A Song of Ice and Fire, and the epic worlds of fantasy author George R. R. Martin, will take place in Nashville, Tenn., at the Music City Center July 12–14, 2019. Tickets are available for purchase at ConOfThrones.net/register.