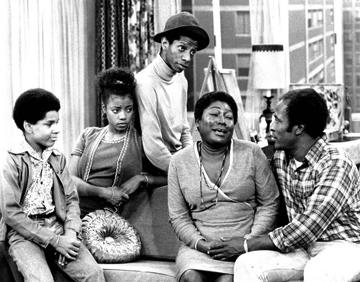 The campaign will feature 30-second on-air interstitials that highlight the women speaking on the impact of action and change. Across its digital and social platforms, TV One will feature in-depth profiles documenting their start, their struggle and ultimately, how they became champions of change. Both elements of the campaign will run throughout February.

“This is a pivotal time for women of color in our nation and we’re proud to amplify the voices of women who are influencing change in our society as part of our Black History Month programming,” said General Manager Michelle Rice. “TV One will also feature programs highlighting the rich stories of women behind the Civil Rights Movement and other heroes who changed the course of American history.”

While the network focuses all year long on all facets of Black life and culture, Black History Month on TV One is a special time to honor the tremendous contributions that African Americans have made throughout the world. Every Wednesday the network will air movies that celebrate women at the forefront of important moments in history, including the TV One original film Behind the Movement, A Raisin in the Sun, Cadillac Records and The Watson’s Go to Birmingham.  Additionally, TV One will present weekly themed episodes of its signature series, Unsung Hollywood, featuring female artists who’ve inspired change that will lead into the feature movie presentations. Featured actresses include celebrated performers Vanessa Bell Calloway, Pam Grier, Eartha Kitt and Sheryl Lee Ralph. The popular franchise profiles some of the most talented, versatile, and influential Black celebrities in Hollywood, from movies and television to comedy, sports, and more.

Rounding out the network’s Black History Month line-up is a three-day marathon of the classic sitcom Good Times in honor of the show’s 45th anniversary on February 8. The Good Times marathon begins on Friday, February 7 at 9 am, CST, and airs through Sunday, February 10 until 3:30 am, CST.