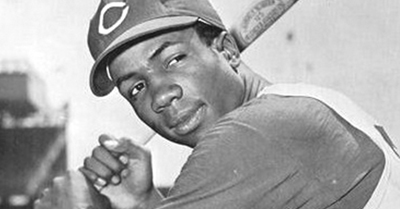 Frank Robinson, a trailblazing figure who was Major League Baseball’s first African American manager and one of its greatest players during a career that spanned 21 seasons, died Thursday after a prolonged illness, according to pro baseball’s premiere website, MLB.com.

The Hall of Famer hit 586 home runs and appeared in 14 All-Star games over the course of his illustrious career, starring with the Cincinnati Reds and the Baltimore Orioles.

Robinson is the only player to win MVP honors in both the National and American league in 1961 with the Reds and five years later with the Orioles. When he earned those honors in 1966 with the Orioles, Robinson won the Triple Crown when he hit 49 home runs, drove in 122 runs and had a .316 batting average. 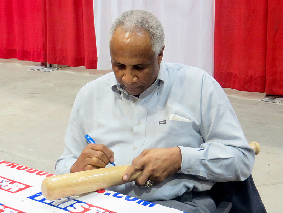 Despite the so-called Steroid-era of the late 1990s and 2000s where statistics were greatly inflated, Robinson’s 1966 campaign remains widely viewed as one of the greatest in the history of the sport.

Even as a star in a sport that was still struggling with integration years after Jackie Robinson (no relation) broke the color line, Robinson often spoke out for civil rights even publicly aligning himself with leaders like Dr. Martin Luther King, Jr.

In 1975, Robinson made history before nearly 57,000 fans at Cleveland’s Municipal Stadium when he began managing the Indians making him baseball’s first ever Black manager. 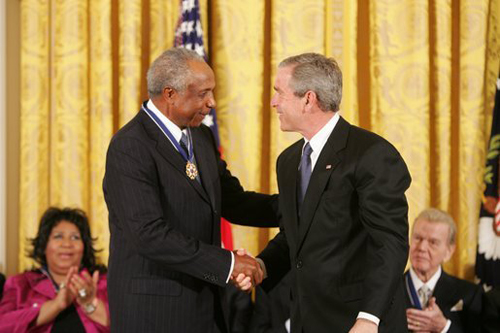 MLB.com noted that, just as Jackie Robinson’s breaking of baseball’s color barrier in 1947 had opened doors for Frank Robinson, Hank Aaron and Willie Mays and many others to play in the Major Leagues, it was Frank Robinson who paved the way for every minority manager who has followed.

“He changed the game, no doubt about it,” Orioles great Jim Palmer said in a statement about Robinson’s death.

“Very sad day here in Baltimore with the passing of Frank Robinson, the greatest Oriole of all time in my estimation and a true baseball legend who dedicated his life to the game,” said Jason La Canfora, who hosts a podcast in Charm City.

Hall of Famer @Jim22Palmer reflects on the legacy of trailblazer and fellow Hall of Famer Frank Robinson. https://t.co/b2s7uq7rrv

“He overcame the segregation of the 1950s to spend seven decades in the game as a player, coach, and executive,” La Canfora said.

Robinson is survived by his wife of nearly 60 years, Barbara Ann Cole.