If you’re poor in America, debtor’s prison is real 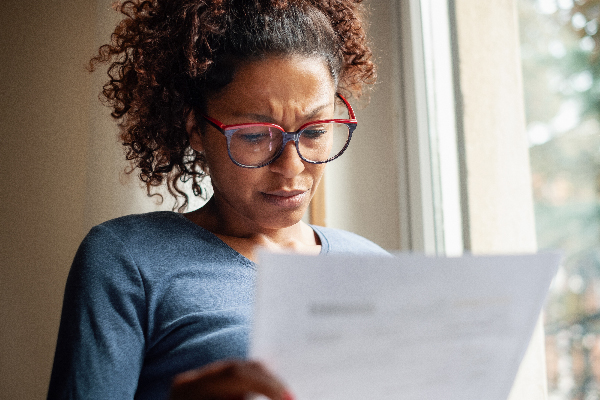 Few tools are as coercive or as effective as the threat of incarceration, ACLU report authors said. (Photo: iStockphoto / NNPA)

Despite a centuries-old Supreme Court ruling that outlawed the practice, debtor’s prison remains very much alive in America, experts told NNPA Newswire. Being poor is challenging enough, but some states, like Missouri, have continued to punish those of lesser means.

A federal class action suit claims thousands of those living in Missouri were jailed because they couldn’t pay off fines—essentially, a debtor’s prison and conundrum for the poor.

Pro Publica reported that four years after the suit was filed, the plaintiffs are still waiting, and wondering if the deck is stacked against them.

The report details the plight of Tonya DeBerry, who, in January 2014, was driving through an unincorporated area of St. Louis County, Missouri, when a police officer pulled her over for having expired license plates.

“After discovering that DeBerry, 51, had several outstanding traffic tickets from three jurisdictions, the officer handcuffed her and took her to jail,” according to Pro Publica.

“To be released, she was told, she would have to pay hundreds of dollars in fines she owed the county, according to her account in a federal lawsuit. However, even after her family came up with the money, DeBerry wasn’t released from custody.

Because DeBerry still owed fines and fees to the cities in Ferguson and Jennings, she remained jailed and her attorney likened it to “being held for ransom.”

“The crisis that is going on in Missouri is taking place all around the country. It is a rising issue amongst people who cannot afford to pay court fees and, or fines,” said attorney Dameka L. Davis of the Davis Legal Center in Hollywood, Fla.

“I believe the more appropriate action is to implement programs and services that are free or offer a person to do community service in lieu of paying fines or fees,” Davis said. “Our system is perpetuating a money-based system, which in turn systematically affects minorities and people of color.”

Matt C. Pinsker, an adjunct professor of Homeland Security and Criminal Justice in the L. Douglas Wilder School of Government and Public Affairs at Virginia Commonwealth University, said the problem runs deeper than in Missouri.

“The American people would be horrified if they knew of just how many laws still exist which send poor people to prison over their inability to pay fines, court costs, and related expenses,” Pinsker said. “It is a tragedy and absurdity that we will essentially have debtors’ prisons here in the United States of America.”

In DeBerry’s case, Pro Publica reported that after the Michael Brown killing, “the city slowly stopped jailing people for not being able to pay fines as the news media showed the victims were primarily Black and the Justice Department made clear that what Ferguson had been doing was wrong.”

Still, the lawsuit remains unresolved with the city seeking dismissal.

In 2018, the American Civil Liberties Union detailed more than 1,000 cases in 26 states in which judges, acting on the request of a collection company, issued warrants for people they claimed owed money for “ordinary debts, such as student loans, medical expenses, unpaid rent and utility bills.”
The ACLU said it’s a system that breeds coercion and abuse.

The report concluded that “with little government oversight, debt collectors, backed by arrest warrants and wielding bounced check demand letters, can frighten people into paying money that may not even be owed.”

Few tools are as coercive or as effective as the threat of incarceration, ACLU report authors said.
As an example, one 75-year-old woman subsisting on $800 monthly Social Security checks, went without her medications in order to pay the fees she believed were required to avoid jail time for bouncing a check.

And as one lawyer in Texas, who has sought arrests of student loan borrowers who are in arrears, said: “It’s easier to settle when the debtor is under arrest.”

The people who are jailed or threatened with jail often are the most vulnerable Americans living paycheck to paycheck, one emergency away from financial catastrophe, the report said. Many were struggling to recover after the loss of a job, mounting medical bills, the death of a family member, a divorce, or an illness.

“They included retirees or people with disabilities who are unable to work. Some were subsisting solely on Social Security, unemployment insurance, disability benefits, or veterans’ benefits—income that is legally protected from outstanding debt judgments,” the report’s authors wrote.

Will Packer drama, Ambitions, brings star power to OWN