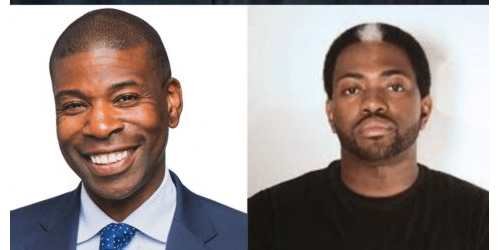 The real-life drama that culminated with the removal of Confederate-era statues from what had been two Memphis-owned parks will be the subject of a play being developed by Ekundayo Bandele, founder/CEO of the Hattiloo Theatre.

With Bandele and an associate, Johnny Jones, forming the creative team, the Hattiloo is among the 2019 recipients of MAP Fund grants. Forty-two original, live performance projects will be funded, with a total of $1.3 million in direct support for development and production.

“This play will premiere in 2021, with free performances in both Health Sciences and Memphis parks,” said Bandele in announcing the grant award. “The MAP Fund invests in artistic production as the critical foundation of imagining (and ultimately co-creating) a more equitable and vibrant society.”

The MAP grantors note that “at a time of deep division, the grantees seek to interrogate marginalizing structures in the United States while asserting new possibilities for thriving interdependence.”

Some of the projects will employ processions and other performance practices as a strategy for “transforming spaces with racist histories, such as contentious borders, waterways, or landmarks.” Others will generate shared rituals, dances and songs in celebration of life.

Topics covered by the 42 performance projects include an exploration of the mental health of firefighters in Detroit, where the vacancy and arson rates are the highest in the country, and a look at the “larger psychological ramifications of border politics for immigrants.”

MAP Fund Executive Director Moira Brennan said: “As a whole, this extraordinarily diverse group of artists sends a resounding message of determination and hope. We are honored to support their efforts and can’t wait to watch their visions unfold.”

Here is the description of the Hattiloo performance project:
Take ‘Em Down 901 is a one-act play about the grassroots movement that resulted in the December 2017 removal of statues of Confederate Gen. Nathan Bedford Forrest, Confederate President Jefferson Davis, and Capt. J. Harvey Mathes from public parks in Memphis, where they had stood for more than 100 years, casting their shadows over residents of the fifth ‘Blackest’ city in the country.

The script will be developed by Ekundayo Bandele to tell the story from the perspectives of the group of roughly 50 concerned citizens, who succeeded in legally toppling the controversial landmarks, in the process, upending the powerful institutions that had long protected them and the enduring legacy of oppression they represented for Memphis’ marginalized majority.

The city of Memphis sold Health Science Park and the easement to Memphis Park to Memphis Greenspace, Inc., to clear the way for the removal of the three controversial statues saluting Confederate-era figures.

The MAP Fund was established in 1988 by The Rockefeller Foundation to support innovation and cross-cultural exploration in new works of live performance. Over the past two decades, MAP guidelines have gradually broadened to welcome artists exploring issues of class, sexual orientation, gender, generation, faith and other aspects of cultural difference.

The presentation of the 2019 MAP grantees is in celebration of the group’s 30th anniversary of grant-making.