Meharry represents at the National Dental and Medical Associations Conventions 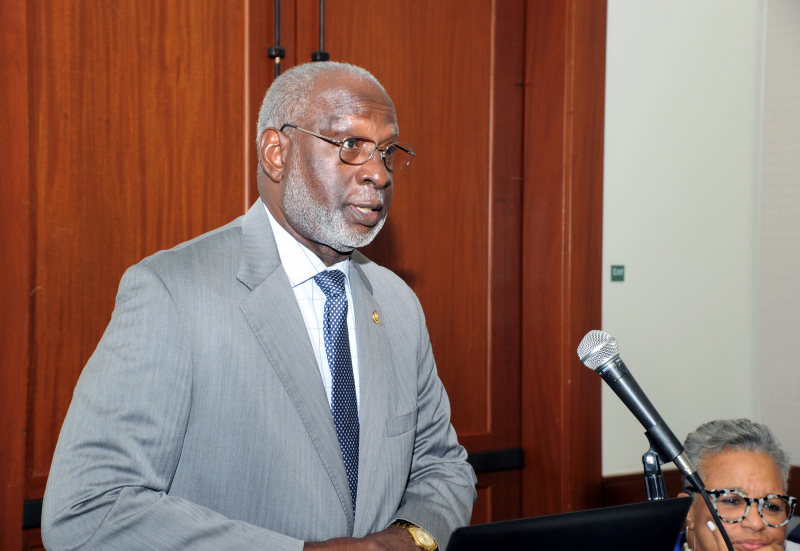 The National Dental Association is a professional association of approximately 7,000 minority dentists based in Washington, DC and operating in the United States, Canada and Latin America. Formed in 1913, it is the largest such association in the world. Since 1976, five Meharry faculty members have served as President of the NDA. Meharry faculty participated and presented in continuing education events, seminars, and programs at the convention. The Student National Dental Association (SNDA) held its 47th Annual National Convention in conjunction with NDA, and MMC School of Dentistry students participated. The motto of the SNDA: “We promote, support, and encourage a promising academic and social environment for minority dental students.”

The National Medical Association (NMA)’s Annual Convention and Scientific Assembly is acclaimed as the nation’s foremost forum on medical science and African American health. Each year, African American physicians and other health professionals from across the country convene to participate in the scholarly exchange of medical advances, discuss health policy priorities, and to share experiences through networking opportunities. Through NMA’s 26 Scientific Specialty Sections, the Convention attracts the broadest spectrum of African American physicians, academicians and scientists in the country.

The Meharry National Alumni Association, Inc. hosted their annual Meharry Alumni Banquet at each convention. At the NDA’s 106th Annual Convention, they presented their Annual Student Scholarship and Alumni Recognition Banquet at the Renais-sance Washington, D.C. Downtown Hotel on Friday, July 19. The theme was “Always Moving Forward” and consisted of the Dean’s Reception from 7:00 to 7:30 p.m. and Dinner program from 7:30 p.m. until 9:00 p.m.

The theme of the convention itself was “Bridging Generations: Keeping Cultural Traditions Relevant in the New Oral Health Era.”

Former United States Surgeon General Dr. David Satcher was a prominent feature at the convention. Dr. Satcher had also served as President of Meharry Medical College from 1982 to 1993.

Dr. Niva Lubin-Johnson, NMA 119th president, passed the torch to Dr. Oliver Brooks, who was formally installed as the 120th president of the National Medical Association on Tuesday, July 30.

Asthma and back to school