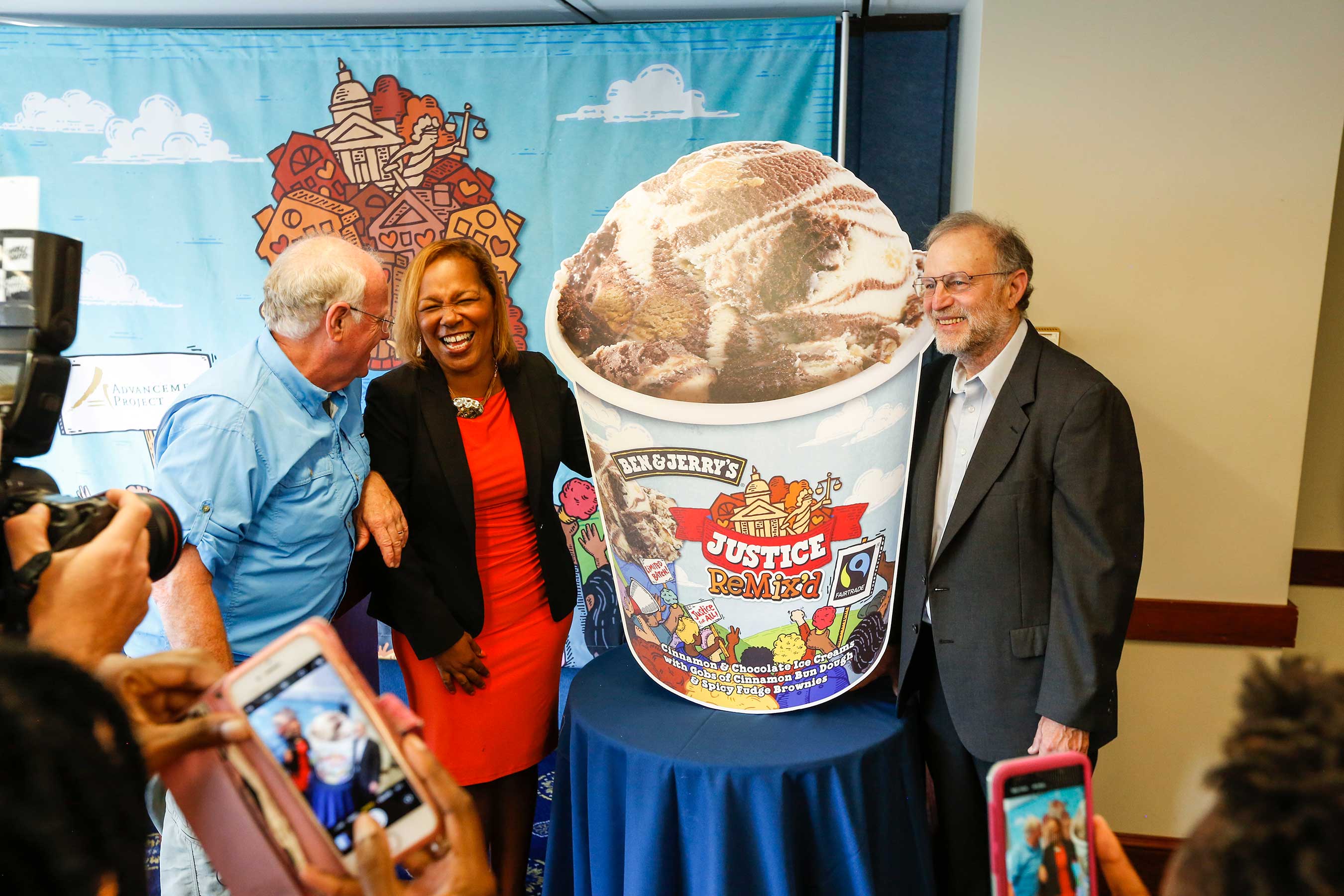 Ben & Jerry’s believes everyone deserves the sweet taste of justice, regardless of race or wealth. The iconic ice cream company has partnered with Advancement Project National Office to launch Justice ReMix’d, a flavor created to spotlight structural racism in a broken criminal legal system.

Those are big issues for a business to take on, but Ben & Jerry’s has been an advocate for social justice and equity for much of its 40 years.

“Our approach to creating social change is to raise up the work non-profits are doing on the ground,” said co-founder Ben Cohen. “We bring every resource we have to support them—our business voice, our connection with fans, our Scoop Shop community and of course, ice cream. Somehow, it’s easier to talk about difficult issues over a scoop or two.”

Advancement Project National Office is a national, multi-racial civil rights organization that works with local grassroots organizers on racial justice issues. “Our country needs to invest in services that build up communities rather than those that tear them down,” said Advancement Project National Office Executive Director Judith Browne Dianis. “That means ending a wealth-based pre-trial detention system that locks people up because they are poor, Black or Brown. It means dismantling the school-to-prison pipeline, divesting from criminalizing students and investing in the creation of high-quality education and services. It’s time to re-imagine safety and justice.”

At the grassroots level, Ben & Jerry’s is deploying its Scoop Truck in various states to spark conversations, activate community members, and give away ice cream. It’s a tactic that has proven effective in growing social movements. In St. Louis, the Scoop Truck supported the Close the Workhouse Coalition by attending 27 events, giving out 13,420 scoops, and generating more than 1500 messages to public officials. In Miami, Ben & Jerry’s is working with the Power U Center for Social Change in calling on the Miami-Dade County School Board to prioritize funding for mental health and counselors instead of more security and surveillance.

Described as cinnamon and chocolate ice creams with gobs of cinnamon bun dough and spicy fudge brownies, Justice ReMix’d is part of Ben & Jerry’s multi-year campaign for criminal justice reform. Justice seekers with a sweet tooth can find the audacious new flavor in grocery stores nationwide (MSRP $4-6) and in Scoop Shops. To learn more about the flavor and the company’s criminal justice reform campaign, go to benjerry.com.