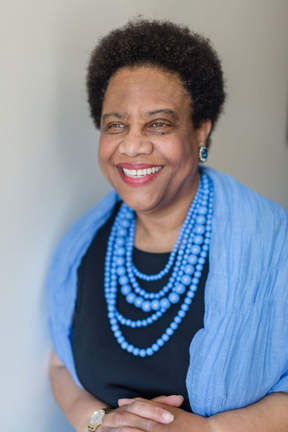 (TriceEdneyWire.com) — It’s amazing how often the news media give big play to an academic report that tells us something Black mothers already knew. Another example of the old wisdom nothing is real until White people discover or acknowledge it. Does that seem harsh? Consider the splashy coverage given to a recent policy statement from the American Academy of Pediatrics entitled ‘The Impact of Racism on Child and Adolescent Health.’

The AAP’s statement warned that the health dangers posed to children by racism “have become acute” and that racism, including racism experienced by the mother, “can have devastating long-term effects on children’s health.” It’s received plenty of favorable news coverage.

But with all due respect, every Black mother in America has known this for as long as there have been Black mothers in America. And we didn’t need an academic statement to tell us. Every precious baby to whom we have given birth over the course of the last 600 years has come into a world that profoundly devalues Black life.

What may be new to us is this devastating detail contained in the report: “The stress generated by experiences of racism may start through maternal exposures while in utero and continue after birth with the potential to create toxic stress. This transforms how the brain and body respond to stress, resulting in short- and long-term health impacts on achievement and mental and physical health. We see the manifestations of this stress as preterm births and low birth weights in newborns to subsequent development of heart disease, diabetes and depression as children become adults.”

This should set off alarm bells throughout the Black community, particularly for Black mothers.

We urgently need to find a way to protect the health and wellbeing of our beloved children in light of this deepening health crisis, the recent mass shootings in which children were among the victims-and the resurgence of White supremacy.

Let’s begin with the AAP’s entirely accurate description of racism as “a socially transmitted disease passed down through generations leading to the inequities observed in our population today.”

The AAP has made a range of reasonable recommendations using the usual language from our culture’s standard dictionary on racism, including ‘racial equality,’ ‘racial equity,’ ‘institutional structures,’ and ‘implicit and explicit biases.’ They point to the need for strategies to “optimize clinical care, workforce development, professional education, systems engagement and research in a manner designed to reduce the health effects of structural, personally mediated, and internalized racism, and improve the health and well-being of all children.”

These are all good ideas, but we’ve heard some version of them before. What’s missing is a diagnosis and a cure that get to the root of the problem.

So what can we, Black people, do to open the door to fresh recommendations that will yield something new and much better for our children? We can pinpoint the root cause of all the harms the AAP describes. It is the myth of Black inferiority.

That myth (or as I prefer to call it, the lie) of Black inferiority, was devised centuries ago to justify the enslavement of African people. It dehumanized Black people, and placed us (and our children) at the bottom rung of humanity.

Do you wonder why, with all the constitutional amendments and legislation and court decisions aimed at promoting racial equality, the same problems persist- and seem to be getting worse? It’s because the lie continues to negatively affect the world’s perceptions of Black children and Black children’s perceptions of themselves.

The lie is at the root of the glaring disparities between Black and White children in health, safety, education, employment, wealth, mass incarceration, and nearly every other area of life. It is the reason why our children’s lives are devalued. It is the reason why doing anything while Black can be dangerous, and even deadly.

The lie of Black inferiority is at the root of countless lost dreams, lost hopes, and lost lives. As a Black mother, I say that unless we, Black people, insist that pediatricians and anyone else concerned about the well being of Black children have the insight and courage to name and aggressively address that root cause, our children will continue to be devastated.

Established in 2006, Community Healing Network (CHN) is a not-for-profit organization based in New Haven, Conn. Since CHN was launched, its primary mission has been to actively address the psychological damage that people of African ancestry have suffered because of the centuries-old ‘lie’ that Black people are inferior. CHN, in collaboration with the Association of Black Psychologists, is leading a global movement to train thousands of Emotional Emancipation (EE) Circle support group leaders across the Diaspora to heal the wounds of racism and create a new culture of emotional healing, wellness and empowerment in Black communities. For more information, go to <www.communityhealingnet.org>.