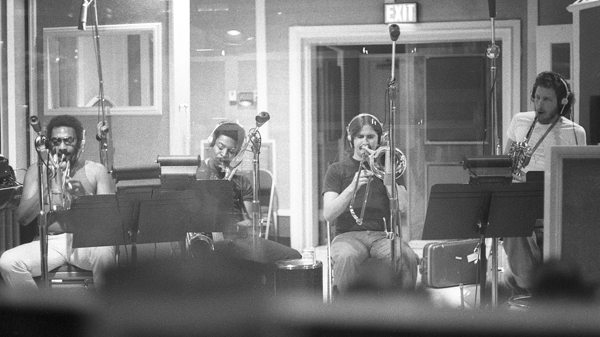 An evening with some of the greatest musicians of all time is coming to Schermerhorn Symphony Center. The Musicians Hall of Fame 2019 Concert & Induction Ceremony is a night of music celebration and they are thrilled to honor this year’s inductees on Tuesday, October 22, 2019, at 7:00 pm. Hosted by GRAMMY® award-winning musician Paul Shaffer, the event will feature special guest performers including Jason Aldean, Mandy Barnett, Garth Brooks, Kix Brooks, Zac Brown, Ronnie Dunn, Vince Gill, Emmylou Harris, Keb’ Mo’, and Paul Simon.

The Muscle Shoals Horns is an American brass section of session musicians who performed on many R&B and rock records between the late 1960s to the present, as well as making their own recordings which included the 1976 R&B chart hit “Born To Get Down.” The performers include Harrison Calloway Jr. (trumpet), Ronnie Eades (baritone saxophone), Harvey Thompson (saxophone, flute), and Charles Rose (trombone). Calloway, Eades, and Thompson met while at Tennessee State University in Nashville and began performing with local bands and, on one occasion, young guitarist Jimi Hendrix. Together with Rose, they began recording together at the FAME Studios in Muscle Shoals in the late 1960s, and performed on 300 albums, by musicians including Bob Dylan, B.B. King, and Elton John, often working with the musicians of the Muscle Shoals Rhythm Section.

Harrison Calloway, seen by the other members as “the father of the group,” died in Jackson, Mississippi on April 30, 2016, aged 75, following a stroke. Achieving his greatest success as a member of the Muscle Shoals Horns, trumpet player Harrison Calloway also doubled on keyboards. His songwriting and arranging skills were in evidence even during his college years, when he wrote a new fight song for TSU. In addition to recording with the Horns, Calloway wrote and arranged for various soul and blues artists and labels around the South during the ’90s and into the new millennium.

Harvey Thompson is still a performing and recording saxophonist. As one of the original members of the Muscle Shoals Horns, he contributed to countless legendary recordings at FAME Studios. Thompson has also toured extensively with Lyle Lovett and has played with a wide variety of other artists, including John Denver, Kim Carnes, and Elton John.