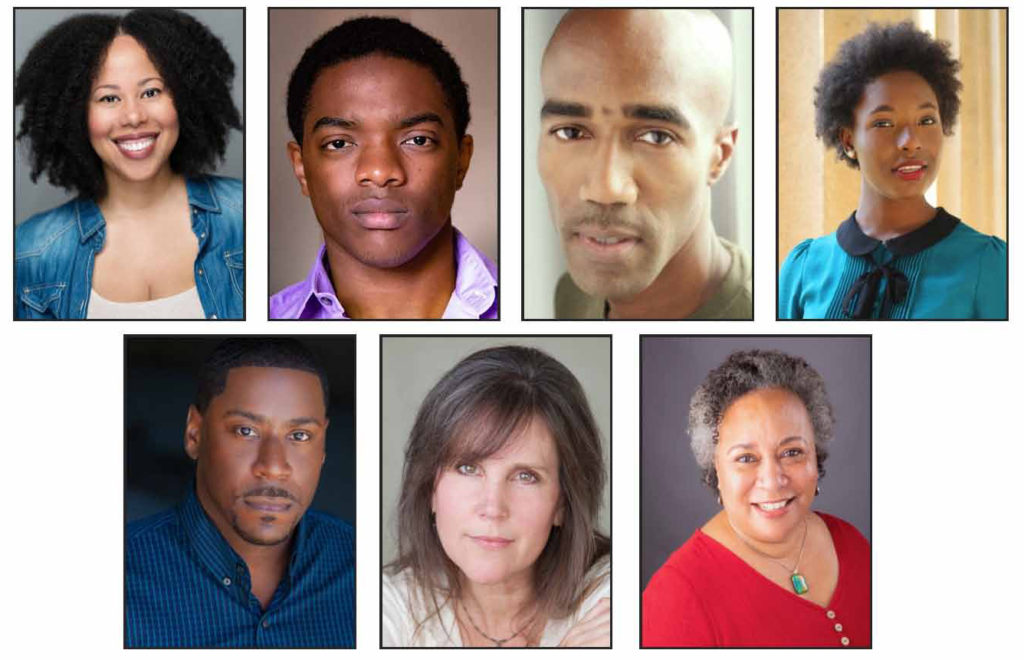 In Pipeline, Nya, an inner-city public high school teacher, is committed to her students but desperate to give her only son Omari opportunities they’ll never have. When a controversial incident at Omari’s upstate private school threatens to get him expelled, Nya must confront his rage and her own choices as a parent. Will she be able to reach him before a world beyond her control pulls him away?

With profound compassion and lyricism, Pipeline brings an urgent conversation powerfully to the fore. Pipeline is a deeply moving story of a mother’s fight to give her son a future without turning her back on the community that made him who he is.

Directing the project is Jon Royal, one of Nashville’s most sought-after artists with directing and teaching credits from around the country. Royal recently directed the world premiere of Ghost at Nashville Children’s Theater, Actor’s Bridge’s Citizen: An American Lyric, and Nashville Rep’s Topdog / Underdog and Smart People.

Art and poetry play a large role in Pipeline, which features the Gwendolyn Brooks poem “We Real Cool” throughout the script. Projections designed by talented local artist Omari Booker are integrated into the scenery of the show. The theater lobby will be filled with projects by student artists, created in a month-long workshop this summer led by Booker and Royal. In the workshop, over a dozen students read and discussed Pipeline before putting their thoughts to paper and canvas to create the art that will welcome audiences to the Johnson Theater lobby.

Nashville Rep is hosting a special Talkback following the performance on October 25th titled “School Is _______: Diagnosing the Social and Emotional Disconnect in the Learning Experience.” That evening, a panel featuring Judge Sheila Calloway, Bishop Marcus A. Campbell, Oasis Center program director Tay McGee, and former NOAH co-chair Linda Robinson, moderated by Barbara Gunn-Lartey, will discuss the ways that systematic structures like the school-to-prison pipeline affect both the social and emotional well-being of our community.

Nashville Repertory Theatre offers many ways to save, from Season Ticket packages and Vouchers, to rush tickets and Pay What You Can matinees on October 26 and November 2. Details on all ticket options can be found at nashvillerep.org and tickets for Pipeline and all Nashville Rep shows can be purchased from TPAC’s box office online, in person, or over the phone at 615-782-4040.