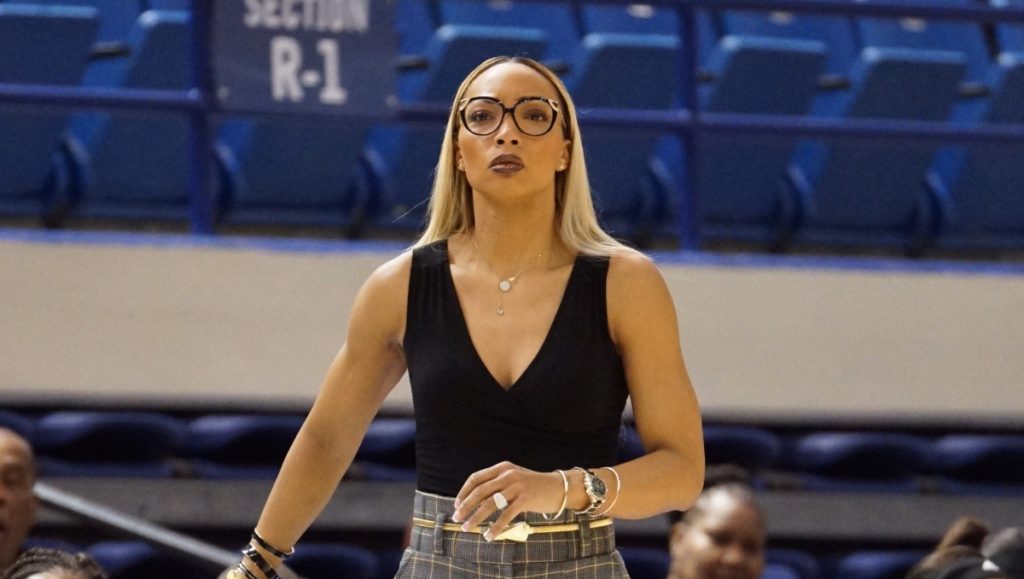 For the sixth year in a row the Ohio Valley Conference has conducted a Preseason Men’s and Women’s Media Poll prior to the start of the season. In total 15 voters from around the league cast a ballot on whom they thought would be the 2019-20 basketball favorites and preseason players of the year. The OVC released its preseason poll and All-OVC team, as voted on by league head coaches and sports information directors, on Tuesday, October 22 during the league’s annual Media Day in Evansville. The media panel picked the Belmont men’s and women’s teams as the preseason favorites. In addition, Austin Peay junior guard/forward Terry Taylor and Belmont senior forward Ellie Harmeyer were tabbed the OVC Preseason Players of the Year.

In the men’s voting, Belmont was one of three teams to pick up first-place votes, picking up 11 votes and 176 points to be tabbed the preseason favorite. Two-time defending tournament champion Murray State received three first-place votes and 165 points while Austin Peay picked up the other first-place vote and 138 points. Jacksonville State was tabbed fourth (126) and followed by UT Martin (125), Eastern Illinois and Morehead State (90 apiece), Tennessee State (74), Eastern Kentucky (63), Tennessee Tech (53), SIUE (37) and Southeast Missouri (33).

Tennessee State University basketball season tickets are now on sale for the upcoming 2019-20 campaign. Fans who purchase season tickets will have access to a total of 29 regular season games and one exhibition game during the TSU men’s and women’s basketball season. The TSU Ticket Office is located on the first floor of the Gentry Center. Hours of operation are 9 a.m. – 5:00 p.m. Monday through Friday. Season Tickets are $110 / $100 for 2019 TSU Football Season Ticket Holders; – $90 for Young Alumni (2015-2019 graduates); TSU Faculty and Staff; and Kids (ages 6-12). All home games are played in the Gentry Center.

The TSU women’s basketball team (WBB), led by third-year Head Coach Jessica Kern, welcomes back eight returners from a season ago, including 2018 All-Newcomer selection Taylor Roberts who was the second leading scorer on the team with 12.5 ppg.

Tennessee State University women’s basketball head coach Jessica Kern announced the hiring of Dee Davis to the staff as director of operations. Davis, a former WNBA player and standout at Vanderbilt University, returns to Nashville after serving as the Director of Operations at Bradley University in Peoria, Ill.

“I am truly honored to have Coach Davis join our Family,” commented Kern. “Her experience as an elite player, local ties and attention to detail as a successful businesswoman adds tremendous value to what we are building. Her contributions will be invaluable.”

Davis spent 10 years at the University School of Nashville where she served as a physical education teacher and admissions associate in addition to coaching both basketball and softball.  Davis also served as Merit Pro Combine Director for Merit Management Group, Inc., since 2013, helping organize the annual event which provides a platform for draft prospects, free agents and graduating seniors a chance to be evaluated by scouts.

“I would like to thank Coach Jessica Kern, AD Teresa Phillips, and the Big Blue family for welcoming me into your program at THE Tennessee State University,” said Davis. “I am excited to be here and I am ready to work! Let’s go Big Blue!”

Following a stellar collegiate career at Vanderbilt, Davis was a second round pick by the Houston Comets in the 2007 WNBA Draft.  She participated in the Seattle Storm’s 2008 training camp and played two years professionally overseas before returning to the WNBA and spending one season with the San Antonio Stars in 2010.

During her collegiate career, the point guard helped the Commodores to a 99-33 record and a pair of NCAA Sweet 16 appearances.  Davis is the all-time assist leader in Vanderbilt history, dishing out 730 assists (5.8 per game) in addition to ranking sixth in school history in career free throw percentage (80.4 percent).

She was a two-time All-SEC selection and earned WBCA All-American honorable mention honors as a senior.  Davis helped Vanderbilt to a pair of SEC Tournament titles and her teams reached the second round of the NCAA Tournament all four seasons.  She still holds three of the top-10 season assist totals in school history.  A native of Cincinnati, Ohio, Davis graduated from Vanderbilt with a bachelor of science in communication.

Photos from the Nashville General ‘Food is Medicine’ reception