What Salmonella in turkey means for your Thanksgiving 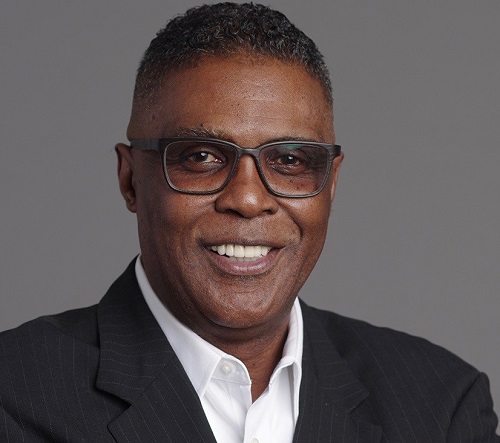 (TriceEdneyWire.com) — The CDC is reporting that outbreak strain of Salmonella Reading is present in live turkeys and in many types of raw turkey products, indicating it might be widespread in the turkey industry. While this does not have to ruin the plans you have for the Thanksgiving holiday, you might want to understand a little more as you start preparing.

I know that for some of you, it’s hard to imagine Thanksgiving without thinking about turkey, in spite of the fact that most have no idea why we even associate turkeys with Thanksgiving.

Before getting into the Salmonella thing, how about a little Thanksgiving Turkey history?

In fact, there are only two documented accounts of the dinner that day. One guy didn’t even mention turkeys on the table, and the other guy mentioned it in passing in describing all the meats and dishes that were a part of the celebration meal.

Turns out, turkeys actually were first domesticated in Mexico, long before the Pilgrims set foot in North America. Even though the Thanksgiving holiday dates back to 1777 (long after the Pilgrims and the Native Americans got together), it wasn’t until Abraham Lincoln began making sure that soldiers had a good meal on the holiday that turkeys made their appearance on the Thanksgiving table.

I would be remiss in the ‘turkey history’ lesson not to mention what most of us never think about: turkeys only serve a single purpose. Unlike cows, which are eaten and provide milk for other dairy products; chickens that we eat and get their eggs to eat and make a lot of other egg-based dishes from, turkey could disappear from the earth, and all we would miss are the turkeys themselves.

Now back to salmonella.

First things first: Salmonella bacteria typically live in animal and human intestines and are passed on through the feces. Salmonella can be transmitted by food and water, by direct animal contact, and in rare situations from person-to-person. Humans usually become infected by eating foods contaminated with feces from an infected animal. As a result, implicated foods are often of animal origin such as beef, poultry, milk, and eggs.

There is no U.S. requirement that turkeys or other poultry be free of salmonella (including antibiotic-resistant strains like the one tied to the outbreak) so prevention falls largely to consumers. That means you have to assume that the Thanksgiving turkey you get from the grocery store or a giveaway could be contaminated.

Salmonella is a bacteria that makes people sick. It was discovered by an American scientist named Dr. Salmon (no kidding) and has been known to cause illness for over 125 years. Most people infected with Salmonella develop diarrhea, fever, and abdominal cramps between 12 and 72 hours after infection. The illness usually lasts four to seven days, and most people recover without treatment. In some cases, diarrhea may be so severe that you could be hospitalized.

In these cases, the Salmonella infection may spread from the intestines to the blood stream, and then to other body sites. Salmonella can cause death unless the person is treated promptly with antibiotics. The elderly, infants, and those with impaired immune systems are more likely to have a severe illness from salmonella poisoning. People who have had organ transplants, those getting cancer treatment, people with diabetes, seniors, and pregnant women are all ripe targets for salmonella infection.

In a survey from turkey eaters last Thanksgiving, 90% of those surveyed washed raw birds in the sink, even though that can spread dangerous bacteria. Fifty-seven percent reported always or sometimes stuffing a turkey before cooking instead of baking dressing separately, and 77% said they left a cooked bird in a warm oven or at room temperature. All of these actions pose a potential threat to your health and the health of your family and friends. Assume your turkey has salmonella!

As you get ready to start your holiday plans you may be wondering what a Salmonella outbreak means for you. The answer is simple: Salmonella is prevalent and can be present in raw meat and poultry and in live poultry. You can protect yourself by cooking the turkey, other poultry products, and meat thoroughly. The cooking process kills the Salmonella. You should not eat partially cooked or raw turkey. Additionally, it is essential that people wash their hands after handling raw poultry, meat and pet food to avoid cross contamination of other foods, spice containers, or kitchen surfaces.

The CDC recommends following safety practices in preparing and cooking turkey but is not advising that consumers avoid eating properly cooked turkey products altogether. Take steps to make sure that your Thanksgiving turkey this year doesn’t come with a side of food poisoning.

Remember, I’m not a doctor. I just sound like one. Take good care of yourself and live the best life possible. The information included in this column is for educational purposes only. It is not intended nor implied to be a substitute for professional medical advice.