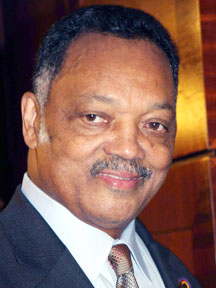 (TriceEdneyWire.com) — Across the United States and across the world, prisoners are among the most vulnerable to the coronavirus. Overcrowded facilities, shortages of food and medicine, and totally inadequate testing expose prisoners who are disproportionately poor and afflicted with prior conditions that render them vulnerable to the disease.

Prisoners increasingly are protesting their conditions, objecting to being sentenced to die in prison.

Experts across the world are urging governments to reduce their prison populations swiftly. Michelle Bachelet, the United Nations high commissioner for Human Rights, warned: “The consequences of neglecting [overcrowded conditions] are potentially catastrophic.”

Many countries have begun to act. Turkey’s parliament authorized the release of 45,000 prisoners. Indonesia has released at least 30,000. Even Iran’s dictatorial regime has released roughly 85,000 detainees, while dealing harshly with those protesting the risks.

The United States locks up more people than any other country in the world, largely because of harsh and wrong-headed policies. Fifty-five thousand are detained in jail awaiting trials, too poor to pay for their freedom under the current cash bail system that is prevalent in many states.

The Prison Policy Initiative reports that 48,000 children are incarcerated on any given day. Many are charged only with ‘status offenses,’ such as truancy or homelessness. The Health and Human Services office in charge of the custody of unaccompanied undocumented minors reports that 2,000 are locked up. The New York Times reports that 59 in custody have already tested positive for COVID-19.

In California, The Marshall Project notes, more than one in seven prisoners are over the age of 55. The percentage of those 55 and older in prison in the country has tripled over the course of this century.

As Piper Kerman, author of Orange is the New Black, wrote in the Washington Post, this is largely the result of prison sentences that are longer than those imposed by any other country. “Elderly probationers and parolees have some of the lowest recidivism rates of all former inmates. Releasing such people poses very low public safety risks and will have a dramatic effect on preserving public health.”

After an outbreak killed six inmates in a federal prison in Lisbon, Ohio, U.S. District Court Judge James Gwin decried the “shockingly limited” amount of testing, noting that the prison has received fewer than 100 tests, while a state prison of similar size had done about 4,000 tests. Two federal prisons in New York City reported that they had tested a total of only 19 inmates since the outbreak began: 11 were positive.

This has to change before the pandemic spreads, and prisons across the country go up in flames as prisoners’ riot against their conditions.

Inmates awaiting trial, the elderly, the afflicted, and those who have served much of their sentence should get early release, if possible quarantined at home to ensure they are safe.

The space freed up should be used to provide more ‘social distancing,’ while emergency steps are taken to provide adequate medicine, protective equipment like masks and gloves, and food.

Correctional officials need particular priority, for they are most at risk and, if infected, could spread the virus in the local communities. And the failure to provide adequate testing in prisons and jails, as well as in society as a whole, is utterly inexcusable at this late date.

The crisis should also lead to larger reforms, drastically reducing sentences while expanding alternatives to incarceration, ending the cash bail system and the practice of locking poor people up while they await trial, expanding parole, and reducing the overcrowded and primitive conditions of too many jails and prisons.

The virus is like getting hit by a club across the head. Perhaps that might help bring us to our senses.

Dancing with the devil