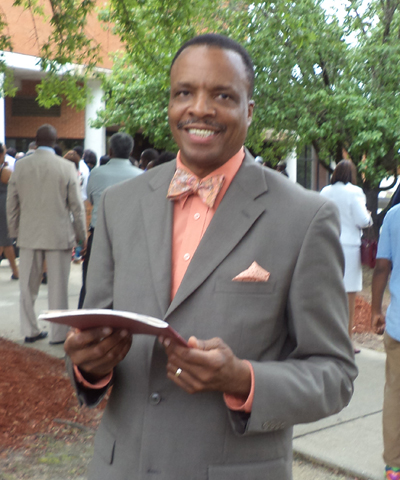 There is currently no shortage of public outrage and indignation with people in this country and abroad taking to the streets in masses, protesting the death of George Floyd—proclaiming “Black Lives Matter.” There have been massive protests against racial inequality, especially by law enforcement agencies, thus provoking public cries demanding change. While there has been undisputed young, European American support, you still find some older Whites remaining silent. They are apathetic or even crying “overkill.”

Our nation has an undisputable history of gross iniquities, discrimination and blatant cruelty against some of its own ethnic minorities. While attempts to dilute, sugarcoat and even dismiss these atrocities against America’s own children, the fact remains atrocities and injustices occurred. Their effects still resonate in the lives and treatment of African Americans today. Choices and treatment of Blacks made in the past account for their present reality today on a social, political, economical, psychological and emotional level.

The social constraints put forward to relegate African Americans to secondary status has been tactfully and secretly incorporated in every major industry or institution through laws and policies that secretly control their progress. Every possible, measurable means to consciously, subconsciously and subliminally control the way the dominant population feels about African Americans (or how African Americans feel about themselves) have been utilized. Every aspect of Black lives has been manipulated. Those who are conscientious of what is taking place and dare speak out are vilified and even conveniently murdered. The truth is not pretty, and the forces perpetrating this matrix are extremely powerful and highly secretive.

The masses are being duped and are puppets being played—and the more things seem to change, the more they stay the same. The country’s historic White oppressors dating back to the beginning of this country may be gone but they have existing descendants—and they are benefiting from centuries of generational privileges. Their wealth was acquired on the blood, sweat and backs of the free labor made possible with African American slaves.

For as long as possible, every attempt to exclude Blacks from basic freedoms, benefits and opportunities offered other United States citizens were practiced with the blessing of discriminatory laws and racist legislators—especially, ‘law enforcing’ agencies throughout the country. So it should be easy to understand why African Americans today are operating from a significant deficit, being denied educational resources, job opportunities, voting rights, and home ownership. Such ownership is by far the greatest contributor to generational wealth.

Ironically, there are some Whites who are quick to disavow discriminatory, socio/economic disparities that exist these days, because they can personally point out advances made by a handful of noted African Americans. Using individualism to dismiss the collective position of a group is a tactic used to dismiss reality—instead of acknowledging the problem and trying to rectify it. So honestly, talking about and acknowledging our country’s historic treatment of African Americans makes many Whites angry,uncomfortable, or defensive. So to keep themselves from feeling bad about the actions of their ancestors, they play the victim card, emphatically stating: “That was my ancestors, not me. I had nothing to do with their actions and I should not be held accountable.”

In all honesty, they didn’t have anything to do with the discriminatory, heinous practices of their ancestors; however, they are benefiting from financial, social, and political gains of centuries of White supremacy—privileges, entitlements, and benefits granted to White Americans at birth and enjoyed subconsciously daily.

Some find it understandable for Whites to be in denial of unasked for privileges; however, in going forward shouldn’t they want to rectify the wrongs and unfairness of this practice, thus promoting unity and equity among African Americans? Unfortunately, not enough Whites are willing to acknowledge and fight to equal the playing field, by offering solutions such as correcting institutional racism or offering reparations for centuries of slavery and inhumane treatment of Blacks.

This would help equalize the playing field on all levels. This nation will never reach the full potential of what it can really be until it compensates for its past inequities against its African American children.

But there is hope because a multitude of the young descendants of racist Whites and slave owners are advocating for changes to rectify centuries of systemic racism. They are an ever-growing part of young emerging harbingers invested in making this country what it should be, regardless of the denial or lack of support from some of their parents and grandparents who still deny their participation in maintaining and harboring racism.

The stuff of dreams — MLK goes right on marching