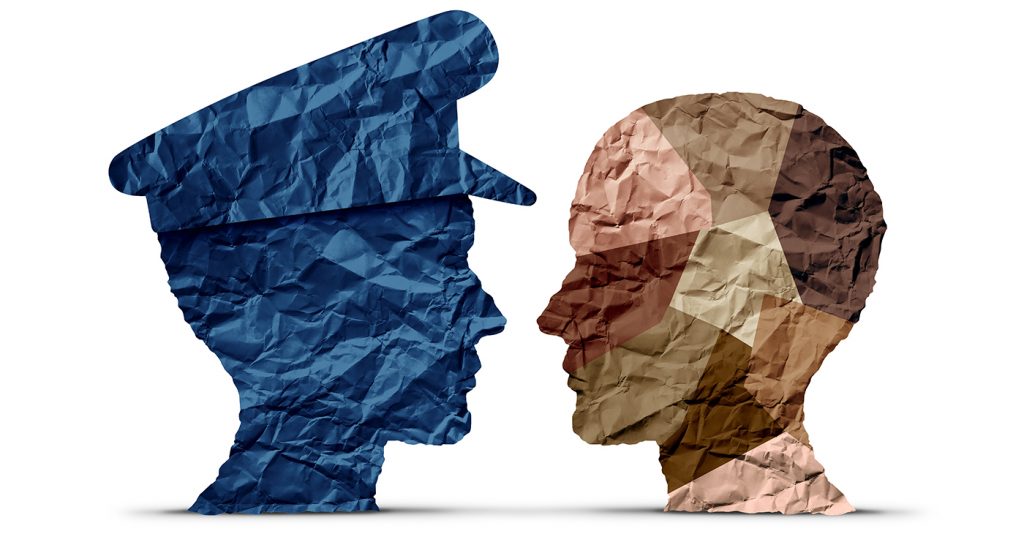 The trends “uncovered in this case study do provide compelling evidence that diversifying police departments is an important part of any comprehensive effort at police reform,” stated David Sklansky, a law professor at Stanford University who was not involved in the work. (Photo: iStockphoto / NNPA)

African American police officers made more than 15 fewer stops, about two fewer arrests on average than their White counterparts, <ScienceNews.org> found in a new study.

“When I got the paper, I literally at one point said, ‘hot damn,’” said Phillip Goff, a behavioral scientist at Yale University who wrote a commentary on the study published in the same issue.

“I was a skeptic about demographic reform previously, and now I am a convert. Demographics reform in policing actually has the potential to dramatically change behavior.”

The study arrives as police traffic stops, and shootings continue to grab headlines.

It also comes less than a week after a jury convicted former Minneapolis Police Officer Derek Chauvin of three counts of murder in the death of George Floyd.

“George Floyd was approached by the police for the allegation of a $20 alleged fraudulent counterfeit bill, which is a misdemeanor,” Civil Rights Attorney Ben Crump, who represents the Floyd family, remarked in a statement.

“They could have given him a ticket. But when it is marginalized minorities, especially Black people, the police have the tendency to always do the most and engage in the most excessive use of force. And so George Floyd literally was tortured to death for nine minutes and 29 seconds for what would have amounted to a minor misdemeanor.”

The <ScienceNews.org> report concluded that Black and Hispanic officers tend to stop, arrest, and use force against civilians less often than White officers.

According to a Chicago Police Department study, female officers of all races use less force than their male colleagues.

Further, Bocar Ba, an economist at the University of California, Irvine, told <ScienceNews.org> that diversifying law enforcement is one of the oldest, most frequently proposed police reforms.

“Over three years, Ba and colleagues peppered various city and state agencies with open-records requests and appeals to collect data on officers in the Chicago Police Department,” the outlet reported.

Those data included officers’ race, gender, and daily patrol assignments, as well as timestamped and location-tagged records of when those officers stopped, arrested, or used force on civilians, they reported.

In total, the researchers examined 2.9 million officer shifts and 1.6 million enforcement activities performed by nearly 7,000 officers from 2012 to 2015.

The team looked at how officers of different backgrounds behaved while patrolling the same neighborhood at the same time of day, day of the week, month, and year.

This study is “one of the most comprehensive and sophisticated” examinations of how officer demographics affect policing to date, Robin Engel, a criminal justice researcher at the University of Cincinnati who was not involved in the work, told <ScienceNews.org>.

“We now have rigorous, robust evidence that suggests there are differences in behavior across racial and gender groups within our police departments, and that’s important for a whole host of things. It’s important for recruitment, and it’s also important for our training of officers.”

The trends “uncovered in this case study do provide compelling evidence that diversifying police departments is an important part of any comprehensive effort at police reform,” said David Sklansky, a law professor at Stanford University who was not involved in the work.