Latest in the Ahmaud Arbery case 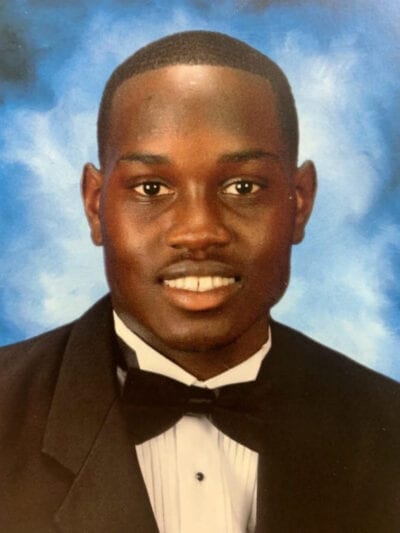 One thing is for certain, the deaths of Ahmaud Arbery, Breonna Taylor, and George Floyd (in that order) have heightened awareness of White supremacy in America (especially the justice system) and changed the world amid a pandemic.

We know his story: Arbery was out for one of his routine jogs in Brunswick on the afternoon of Feb. 23, when he was racially profiled by the McMichaels, who suspected him to be a burglar. The two of them grabbed their guns and jumped in a pickup truck without any proof. The McMichaels and William ‘Roddie’ Bryan drove after Arbery before cornering him like vigilantes. Bryan’s vehicle trailed the McMichaels’ and, while filming the whole thing, he used his truck to trap Arbery in between the two vehicles. As Arbery tried to run past the McMichaels’ truck, Travis McMichael got out and shot him in the middle of a road in broad daylight.

The McMichaels were finally arrested on May 7, nearly three months after they killed Arbery. Bryan was arrested two weeks later. All three were indicted by a grand jury on malice and felony murder charges as well as aggravated assault, false imprisonment and criminal attempt to commit false imprisonment. Superior Court Judge Timothy Walmsley will oversee the trial, slated to begin on October 18 after lawyers select a jury. The trial date announcement happened on what would have been Arbery’s 27th birthday.

On Wednesday, April 28, all three men were indicted by a federal grand jury in the Southern District of Georgia and charged with hate crimes and the attempted kidnapping of Ahmaud Arbery. The indictment also charges two of the men with separate counts of using firearms during that crime of violence. The anchor of this indictment is whether or not the McMichaels racially profiled Arbery.

During the bond hearing on November 12, 2020, the ‘best friend’ of McMichael (Zachary Lincoln) admitted under oath that the two of them “exchanged text messages littered with racist tropes and ugly stereotypes about African Americans and Asians,” according to the Atlanta Journal-Constitution. For those of us that could watch the live stream of the court proceedings, but civil rights attorney Lee Merritt was live-tweeting.

Merritt tweeted that the contents of the text thread in question referred to “slant eye fucks” and “crackhead gold-teeth wearing” Black people.

Further confirmation that the White man who shot and killed a Black jogger in Georgia in what has been described as a modern-day lynching is a raging racist, came from Roddie Bryan. Bryan, whose bond has already been denied, told investigators that Travis McMichael called Arbery a “f****** nigger” after shooting the jogger three times at close range with a shotgun.

Persistent in the case has been the revelation of a relationship between multiple district attorneys’ offices across the state of Georgia. This possibly corrupt and incestuous association resulted in three prosecutors being forced to recuse themselves because of conflicts of interest. It is shameful that because Greg McMicheals is a retired law enforcement officer and a retired investigator for the district attorney, it contributed to a massive delay of justice for Ahmaud Arbery’s family.

Because of that, all 14 of Georgia’s Congressional representatives sent a letter last year to then-U.S. Attorney General William Barr encouraging the use of “all possible Federal resources to achieve full justice, transparency, and accountability in the case of Mr. Ahmaud Arbery.”

The community has continued the fight, with rallying cries from different/new organizations (like 2:23 Foundation) and politicians alike. One resident and mayoral candidate, Cosby Johnson, shared his plea: “Together, we can hew out a new future for our children, families, and citizens. Together, calling on those better angels that today seem so distant, I ask for us to build better communities, create better jobs, support better schools, fight for better outcomes, and demand better character.”

With all of this effort, House Bill 479 was first dropped and then favorably voted out. The three men accused of killing Ahmaud Arbery, Gregory McMichael, Travis McMichael, and William ‘Roddie’ Bryan were escorted to the Brunswick Federal Courthouse by U.S. Marshals this past Tuesday afternoon where each of them pled not guilty to all of the federal charges brought against them by a federal grand jury in the Southern District of Georgia, at the end of April 2021.