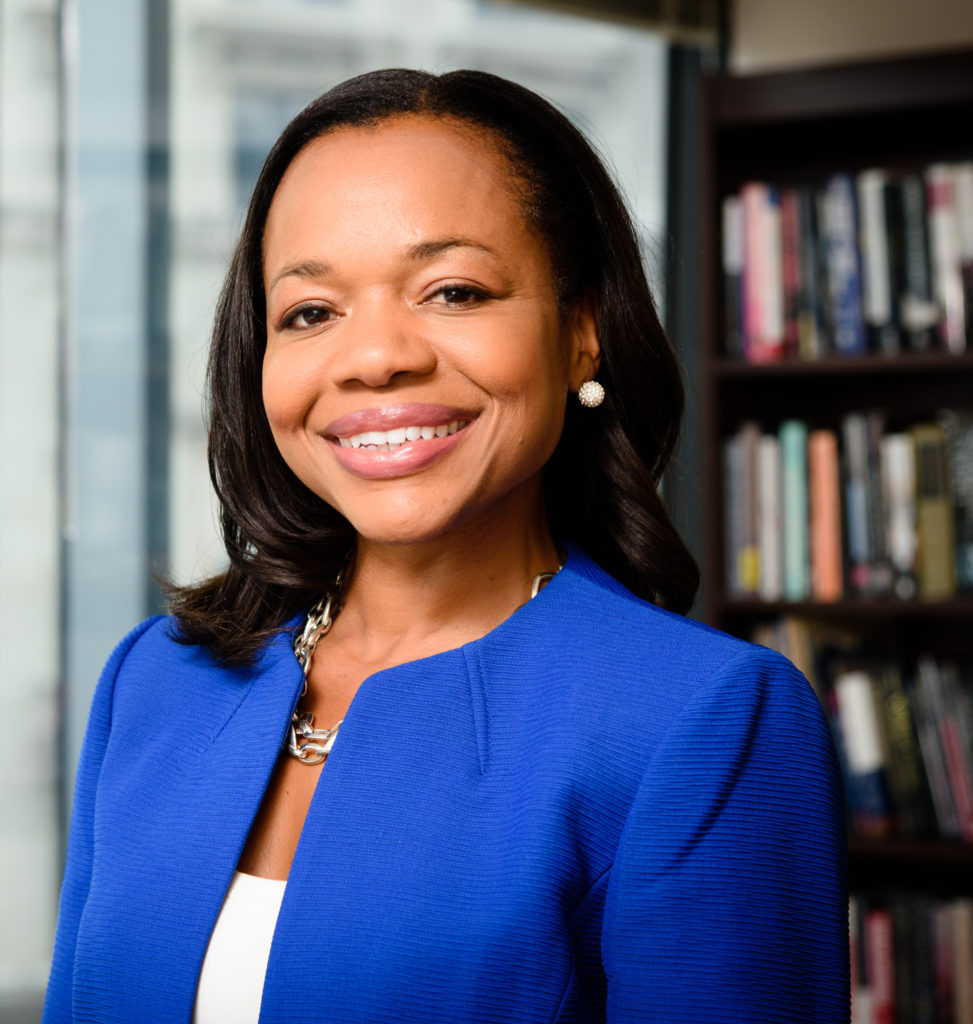 (TriceEdneyWire.com) — In recent years, many people of different races and ethnicities have fought against rollbacks to hard-won racial progress. From health disparities exposed in the COVID-19 pandemic, to voting rights, criminal justice, fair housing, and more, much of Black America has suffered in ways that harkened back to Jim Crow and its separate, but never equal status.

But since a new Administration began this January, there have been a series of hopeful signs that regressive and harmful practices will be challenged in the name of justice. On May 25, the U.S. Senate confirmed Kristen Clarke as the Justice Department’s Assistant Attorney General for Civil Rights. Never before has a Black woman led this division that guides the federal government’s commitment to civil rights for all.

Nominated by President Joe Biden on January 7, his remarks noted both its significance and opportunity.

“The Civil Rights Division represents the moral center of the Department of Justice. And the heart of that fundamental American ideal that we’re all created equal and all deserve to be treated equally,” said President Biden. “I’m honored you accepted the call to return to make real the promise for all Americans.

Perhaps one of the earliest and most poignant expressions came from the son of the nation’s first Black Associate Justice of the United States Supreme Court, Thurgood Marshall. Penned on behalf of his family, the February 9 letter to U.S. Senate leadership drew a key historic connection.

“Ms. Clarke is a pathbreaking lawyer, like my father, who built her career advancing civil rights and equal justice under the law, and breaking barriers through her leadership for people of color while making our nation better for everyone,” wrote Marshall.

“Ms. Clarke has successfully utilized the law as a vehicle for advancing equality, as my father did. For example, she successfully represented Taylor Dumpson, who was targeted for a hate crime after her election as American University’s first female Black student body president.”

Similarly, the nation’s oldest and largest civil rights organization, the NAACP, advised Senate leadership before its scheduled confirmation hearing of its support for Clarke as well.

On April 12, Derrick Johnson, its president/CEO wrote: “The NAACP believes that Ms. Clarke is exceptionally suited to oversee the Civil Rights Division at a time when people of color have suffered devastating harm at the hands of law enforcement. She is the leader we need to ensure local police agencies are complying with civil rights laws and advancing public safety by maintaining positive relationships with the communities they serve. Ms. Clarke has prosecuted police misconduct cases and has worked to make the criminal justice system fairer for people of color.”

“As president of the Lawyers’ Committee for Civil Rights Under Law, Ms. Clarke has been an important partner working to curb predatory lending and in the fight for fair housing, including campaigns to stop the debt trap of payday lending and efforts to protect important fair housing/lending rules,” said Nikitra Bailey, an EVP with the Center for Responsible Lending. “Ms. Clarke’s experience as a Justice Department lawyer and as executive director of a leading civil rights organization not only qualifies her, but makes her the best candidate for this urgently needed position.”

The vote was taken mid afternoon on Tuesday was 51-48 along party lines. Sen. Susan Collins of Maine was the only Republican to vote for her confirmation. Black women-led and civil rights organizations, including People for the American Way, had fought vehemently for her confirmation alongside the April 21 confirmation of Vanita Gupta as associate attorney general. Gupta is Indian American.

“These women are ready to make change happen—the change we voted for,” wrote People for the American Way President Ben Jealous, in a column. “They represent the kind of inclusive multiracial and multiethnic society we are building together—and the Biden-Harris administration’s commitment to building one of the most diverse governing teams in our nation’s history.”

The vote by the Senate comes during an escalation of hate crimes, visible police killings of Black people and voting rights attacks by state legislatures across the nation.

“Kristen is very experienced in dealing with these issues and how to overcome them,” said Dr. Mary Frances Berry, professor of American social thought, history and Africana studies at the University of Pennsylvania. “With the legislation being passed in the states to implement more voter suppression, she will be on the cutting edge of finding ways to try and keep it from happening.”

Ms. Clarke’s legal career takes on even more significance when one considers that this daughter of Jamaican immigrants grew up in Brooklyn New York’s public housing. Although financial resources were limited, the family’s teachings of discipline and hard work were not. From public schools, her collegiate studies took her to the prestigious Ivy League.

In 1997, she received her Bachelor’s degree from Harvard University. Three years later in 2000, Clarke completed her Juris Doctor at Columbia University.

As recognition of her legal acumen grew, so did the number of honors she received: the 2010 Paul Robeson Distinguished Alumni Award from Columbia Law School; 2011 National Bar Association’s Top 40 Under 40; the 2012 Best Brief Award for the 2012 Supreme Court term from the National Association of Attorneys General; and the New York Law Journal’s 2015 Rising Stars.

Months later, the August 2016 edition of the American Bar Association Journal featured a question/answer interview with Clarke. In part, she reflected on her childhood and how it influenced her career aspirations.

“I’ve experienced what it’s like to be underprivileged, and I’ve experienced very privileged settings as well. I feel a deep sense of responsibility to use the opportunities that I have been given to help those less fortunate. We live in a nation that’s divided along lines of race and class. I have a personal sense of what life is like on both sides of that divide, and I want to figure out how we close some of those gaps and level the playing field.”

At the April 14 Senate Judiciary Committee hearing on her nomination, Clarke recalled her legal career journey and the principles that guided her work.

“I began my legal career traveling across the country to communities like Tensas Parish, Louisiana and Clarksdale, Mississippi,” testified Clarke. “I learned to be a lawyer’s lawyer—to focus on the rule of law and let the facts lead where they may.

“When I left DOJ, I carried the words of the late Supreme Court Justice Thurgood Marshall as my guide: ‘Where you see wrong or inequality or injustice, speak out, because this is your country. This is your democracy. Make it. Protect it. Pass it on.’ “I’ve tried to do just that at every step of my career.”

Clarke will now return to the Department of Justice at a time when the agency is recommitting its focus on serving the entire nation equitably. Since early this year, a series of actions reflect the agency’s renewed commitment to civil rights. Here are a few examples:

Additionally, DOJ is currently investigating police practices in both Louisville, and in Minneapolis. Readers may recall that Breonna Taylor was killed in her Louisville home during a late-night, no-knock warrant police entry.

“Our nation is a healthier place when we respect the rights of all communities,” said Clarke in her confirmation hearing remarks. “In every role I’ve held, I have worked with and for people of all backgrounds. I’ve listened deeply to all sides of debates, regardless of political affiliation. There is no substitute to listening and learning in this work, and I pledge to you that I will bring that to the role.”

(Charlene Crowell is a senior fellow with the Center for Responsible Lending. She can be reached at <Charlene.crowell@responsiblelending.org>.)