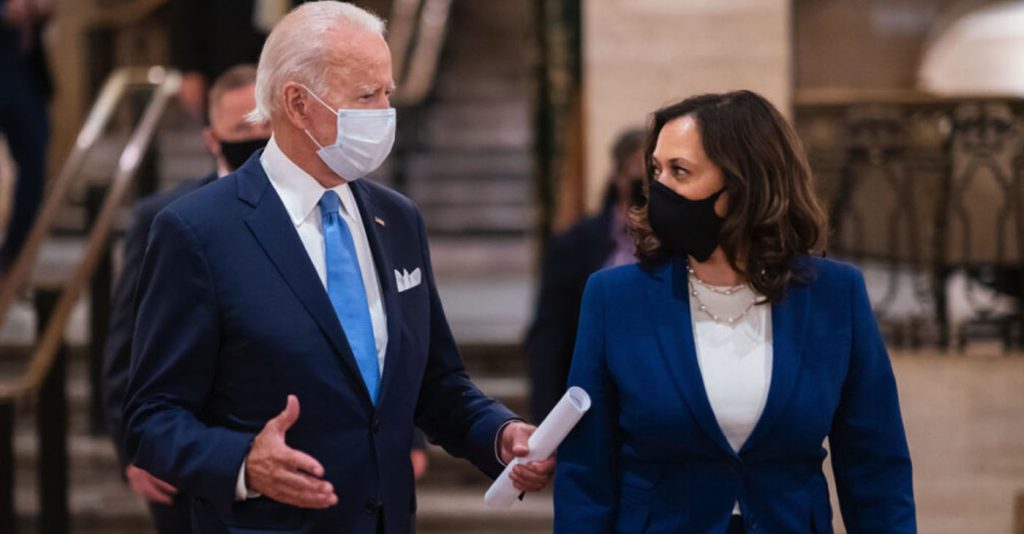 While President Joe Biden asserted his discontent with voter suppression laws making their way through legislatures in GOP-led states, Vice President Kamala Harris dropped a bombshell regarding potential plans to sidestep the oppressive filibuster and push through laws to protect the ballot box.

During a speech in Philadelphia on Tuesday, July 13, the President made a “moral case” for voting rights and pledged to do whatever he could to protect ballot access as American votes face “authoritarian and anti-American restrictions.”

At the same time, Vice President Harris hinted to NPR that it might be time to consider unconventional measures to stop Republicans from restricting access and denying certain citizens the right to vote.
The network noted that the Vice President intimated that she had started talks with senators about a voting-rights exception to the filibuster.

“I believe that of all the issues that the United States Congress can take up, the right to vote is the right that unlocks all the other things,” Harris told NPR. “And for that reason, it should be one of its highest priorities.”

When pressed on whether she supported a carveout to the filibuster for voting rights proposed by Congressman James Clyburn (D-S.C.), Harris said, “I don’t mean this in any offense, but I’m not going to negotiate this way. But I’m certainly having conversations with folks.”

Most legislative bills need at least 60 votes to pass the evenly divided U.S. Senate, meaning at least 10 Republicans must support the measure. The GOP almost unanimously has rejected bills that would make it easier for all Americans to vote, particularly seniors and minorities.

If Democrats hope to pass the John Lewis Voting Rights Act or the For the People Act, abolishing the filibuster rule of 60 votes appears necessary.

Or, as Vice President Harris hinted, a way to subvert the filibuster. In Philadelphia, the President lashed out at Republicans. 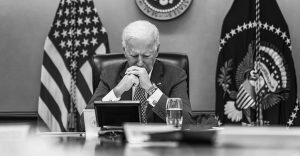 “As soon as Congress passes the For the People Act and the John Lewis Voting Rights Advancement Act, I will sign it and let the whole world see it.” (Official White House Photo by Adam Schultz)

“This is a test of our time,” Biden continued. He called the suppression laws in places like Texas and Georgia the most significant test of American democracy since the Civil War. “That’s not hyperbole — since the Civil War,” the President remarked.

“The Confederates back then never breached the Capitol as insurrectionists did on Jan. 6. I’m not saying this to alarm you. I’m saying this because you should be alarmed.” The President explained that things could and should be different.

“We have the means — we just need the will. The will to save and strengthen our democracy,” Biden exclaimed.

“We have to prepare now. As I said time and again, no matter what, you can never stop the American people from voting. They will decide, and the power must always be with the people. That’s why just like we did in 2020. We have to prepare for 2022.” The President concluded that the push for voting rights legislation must continue.

“[The For the People Act] would help end voter suppression in states. Get dark money out of politics. Give voice to people. Create fair district maps and end partisan political gerrymandering,” the President argued.

“As soon as Congress passes the For the People Act and the John Lewis Voting Rights Advancement Act, I will sign it and let the whole world see it. That will be an important moment.”