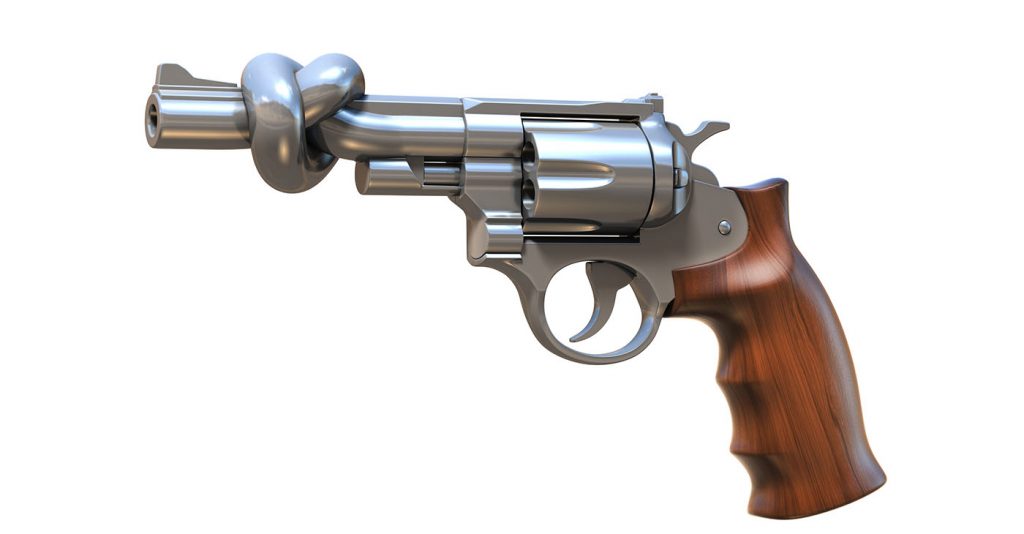 In June, President Biden unveiled a comprehensive strategy to combat gun violence. This strategy implements preventative measures that are proven to reduce violent crime and attacks the root causes – including by investing in effective community policing and addressing the flow of firearms used to commit crimes.

Combined, the Administration’s comprehensive strategy will:

The core of the President’s plan is a partnership with cities and states, equipping local leaders with historic levels of federal funding and a range of tools to address the multifaceted challenge of gun violence. In particular, the strategy uses the American Rescue Plan’s $350 billion in financial support and clear guidance to provide state, local, territorial, and tribal governments the money they need to put more police officers on the beat – including hiring above pre-pandemic levels in communities experiencing an increase in gun violence associated with the pandemic – as well as the other resources, training, and accountability they need to engage in effective community policing. The administration has clarified that these funds can also be used to support evidence-based community violence intervention programs, summer employment and educational opportunities, and other investments that we know will reduce crime and make our neighborhoods safer.

Since the President’s plan was launched, leaders across the country have already responded by taking up or supporting the take-up of these American Rescue Plan dollars for violence prevention efforts. And, as cities, counties, and states around the country consider how to allocate the historic support they’ve received through the Rescue Plan, we again encourage them to use funding to improve public safety in their communities. Already we’ve seen state and local governments utilize the funding they’ve received to put more cops on the beat, invest in community violence intervention programs, bolster community programs and economic opportunities, and acquire technology like gunshot detection systems that will help them better confront crime head-on.

We know that the rise in violent crime over the last 18 months is a complex and multi-dimensional challenge for communities around the country, and that it requires a comprehensive response. And we know that cities and states need a strong partner in the federal government to get that done. That’s why we’ve been heartened to see communities moving already to use the funding in the Rescue Plan to bolster public safety:

Monday, the President will continue his ongoing conversations with local leaders about gun violence reduction.

The historic funding from the American Rescue Plan is also being supplemented by additional federal efforts to support communities and crack down on gun crime.

As part of that, the Department of Justice has announced the launch of gun trafficking strike forces in five areas nationwide – including New York, Chicago, Washington, D.C., Los Angeles, and the Bay Area.

Those multi-jurisdictional efforts will address the problem of guns being obtained in places with weaker gun laws and then used to commit horrific crimes across state lines. And they will augment existing efforts by the Department of Justice announced in May to target federal law enforcement efforts nationwide to address violent crime.

In addition, the President has requested additional support to better strengthen both federal and local law enforcement efforts.

In his proposed budget for Fiscal Year 2022, the President asked for $300 million more for the COPS program to boost federal assistance for community policing, and he called for over $750 million more for federal law enforcement agencies.

The President also has already taken steps to strengthen regulations to keep guns out of the wrong hands – including by cracking down on ghost guns, homemade firearms that often cannot be traced by law enforcement due to the lack of a serial number and that are increasingly being used in crimes.

He also continues to push Congress to take long-overdue action to prevent guns from being used in crimes, including strengthening background checks, renewing the ban on assault weapons and high-capacity magazines, and ending immunity for gun manufacturers.