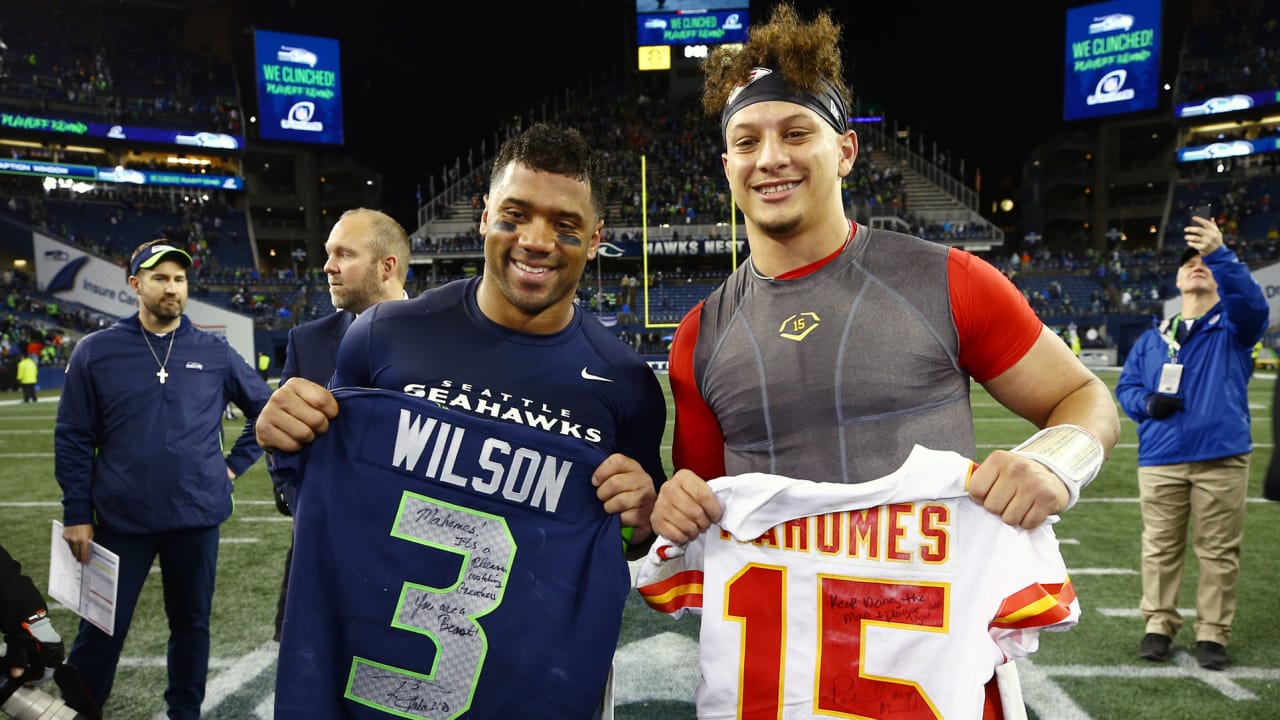 Russell Wilson (left) and Patrick Mahomes (right), seen here trading jerseys after a game, will both play against the Titans this regular season.

The Tennessee Titans will hold a free practice, open to the general public, at Nissan Stadium on Monday, August 16 from 5:00 – 7:00 pm CDT. The event will give fans an exclusive opportunity to preview the 2021 season in-person ahead of the team’s first preseason home game on August 28. The open practice, presented by Pinnacle Financial Partners, will feature interactive games and giveaways, entertainment and interviews with players and coaches.

While the event is free, fans are required to claim a free ticket and show the digital ticket to gain entrance to Nissan Stadium. Gates open at 4:00 pm. Concessions will be open and all standard stadium policies apply. Go to: www.tennesseetitans.com  to reserve your ticket now and get all the details.

The Titans open their 2021 campaign at home this year, hosting the Arizona Cardinals at 12 Noon on Sunday, September 12. The phenomenal Tennessee State University Aristocrat of Bands will be featured at the season opener, so get your tickets now, and plan to be at the stadium early!

Two very important games to watch for this season are their first road game, to Seattle, where they will be hosted by the Seahawks and my favorite NFC quarterback Russell Wilson. That game will be carried live on CBS with a 3:25 pm CDT kickoff. The other major highlight of the season is when the team hosts the Kansas City Chiefs at Nissan Stadium at 12 Noon on Sunday, October 24. Look for some special things to happen when my favorite AFC quarterback Patrick Mahomes drops back.