Olympics, a victory for the ‘human race’ 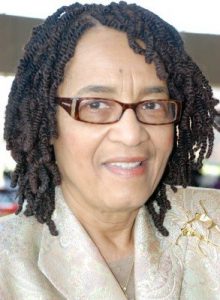 (Triceedneywire.com) — The Olympics? I am not a sports fan at all, so I never thought I would become so addicted to the equestrians, rowing, gymnastics, track, rugby, diving that makes us the Olympics. I even mystified myself as I sat spellbound watching something I didn’t think I cared a hoot about.

As I leaned in, I was drawn into something much more remarkable than sports. The event I was watching was the progress of the ‘human race,’ the race to lift up us and embellish what brings us all together as one tribe under one universal tent.

As the Olympics coverage leaves the airway, I hope the message the young Olympians brought us will remain somehow tucked away in our minds, hearts, even our souls.

As I leaned in, I saw ‘greatness on parade.’ I saw unselfishness being uplifted. I saw the fruits of diversity and I remembered the long hard fight it took to leap over racism and sexism. As I saw the Olympians continue to embrace the winners along with those who did not receive medals, I felt part of a universal hug because the champions from all over the world reflected a freshness, almost a purity that is often blotted out because of the meanness, backbiting, corruption, and hate pouring out daily from the news.

The Olympians’ behavior and conduct were reminders of who we really are as human beings—or at least what we must try to be.

We are better than that daily dose of dog-eat-dog, winning at any cost, lying, stealing, and finding victims to hide our deficiencies. What I saw was bigger and deeper than medals, whether silver, bronze, or gold. I saw a sprint, a vault, a drive to give more value, dignity and honor to the human race.

For example, I saw two men, Mutaz Essa Barshim of Qatar and Gianmarco Tamberi of Italy agreed to share the gold, rather than to redo their efforts to prove which one was superior. They could have insisted upon protocol to keep trying to outdo one another to see who would outlast the other. But their decision demonstrated a win-win spirit. Wouldn’t it be great if more people sought to help others win, not just ourselves? In doing so, it seems like we all win.

I saw how Simone Biles moved out of the race with as much grace as she did when she reigned as the world’s top gymnast. She could have pushed on, even knowing she was suffering mentally, but she stepped back, encouraging and giving another young woman the chance to demonstrate her talent, resulting in a win not only for the U.S. team but the entire sport.

I also relished the long awaited and hard-fought efforts to achieve diversity within the sports. Who can forget how Black athletes once were not permitted to participate in sports because of their race or gender? Once more inclusions outshine exclusions.

Jesse Owens, a graduate of my alma mater, Ohio State University fought against racism in the U.S.A. to keep him from participating in the Olympics, but his win in the 1936 Berlin Olympics perforated Nazi German’s theory of White supremacy. It also was the first time an African American male received a corporate sponsorship. The founder of Adidas asked him to wear and promote the company’s shoes.

Wilma Rudolph was the first American woman to win three gold medals at the Olympics. Not only did she have to deal with racism, but also polio, pneumonia, and scarlet fever. As a child, she was told that she would never walk without braces, but she relentlessly pursued her goals and recovered from the paralysis, proving to the world that she could conquer anything.

Another great example of how Black people had to overcome racism to compete in the Olympics is Charlie Sifford, the first Black golfer to play on the PGA tour in 1961. What should have been a joyous moment for him was filled with death threats once he showed up for the tour. Even in the face of atrocious acts, his head remained high, and he became a champion.

People of color weren’t the only ones to face discrimination from the Olympics. For decades tennis and golf were the only sports in which women were allowed to compete in. Until 2000, women were prohibited from competing in weightlifting because it was deemed a male sport that women couldn’t handle. Loa Dika Toua of Papua New Guinea was the first woman to ever compete in weightlifting at the 2000 Sydney Olympic games. Toua is still going strong and competed in the 2021 Tokyo Olympics.

I was also encouraged not only by the diversity of the different races, but the diversity of life experiences which played a role in grooming the super-athletes along the road to greatness.

Kendra Harrison grew up in a family of 11 children, eight of whom like Kendra were adopted. Her adopted parents were White, and her siblings were of different races. She had to overcome many injuries, but none of them defeated her goal of winning the silver medal in the 100 meter hurdles in Tokyo.

So the young champions left us with so much to feel good about. They showcased respect, love, and friendship. It makes me look at myself and feel good about not only a sports race but a race to becoming better humans. What I saw was a victory for humanity. I hope we don’t have to wait for the next Olympics to feel that good about our best selves again.

Is it time to require people to get vaccinated for COVID-19?