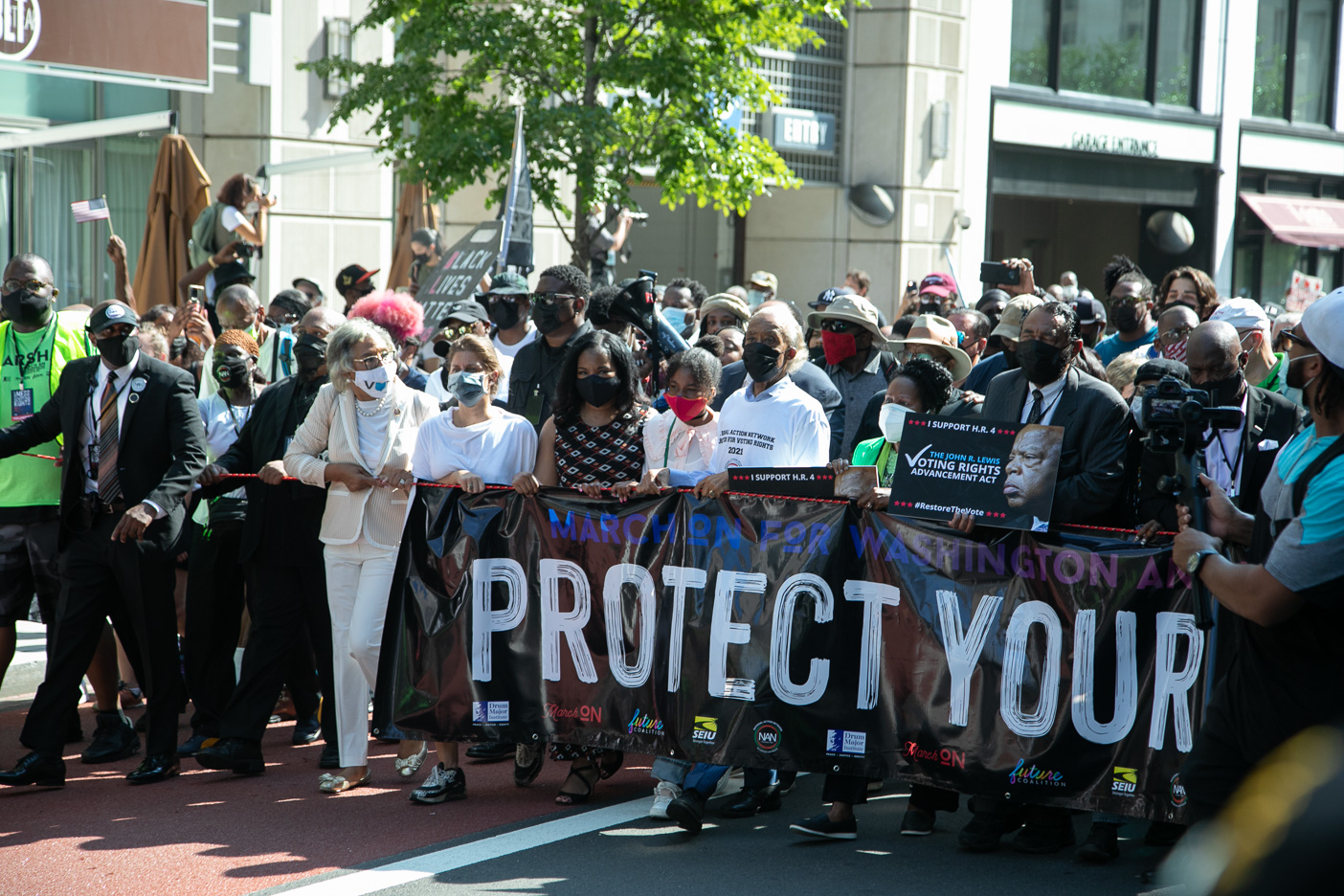 Voting rights activists have been putting pressure on Congress to end the filibuster and make it harder for state legislators to change voting laws that place barriers in front of the ballot box.

Like the suppressive bills passed and on the table in Republican-led states and the reluctance by some Democratic senators to abolish the filibuster, the sweltering heat and suffocating humidity only proved as two more obstacles that thousands of Americans refused to let stand in their way.

Marchers rallied in the nation’s capital and cities across the country, demanding passage of the John Lewis Voting Rights Advancement Act, the For the People Act, and for D.C. statehood.

The march came on the 58th anniversary of Dr. Martin Luther King, Jr.’s historic ‘March on Washington for Jobs and Freedom.’

Led by King’s eldest son, Martin Luther King III, the ‘March On For Washington and Voting Rights’ highlighted how laws and proposed bills in Texas, Georgia, Arizona, and other states disproportionately affect people of color.

Organizers and attendees also made it clear that D.C. statehood must happen and would be another mechanism to blunt voter suppression efforts.

“Our country is backsliding to the unconscionable days of Jim Crow,” King III told the cheering crowd gathered at the National Mall in Washington. “Some of our senators are saying, ‘Well, we can’t overcome the filibuster.’ I say to you today: Get rid of the filibuster. That is a monument to White supremacy we must tear down.” 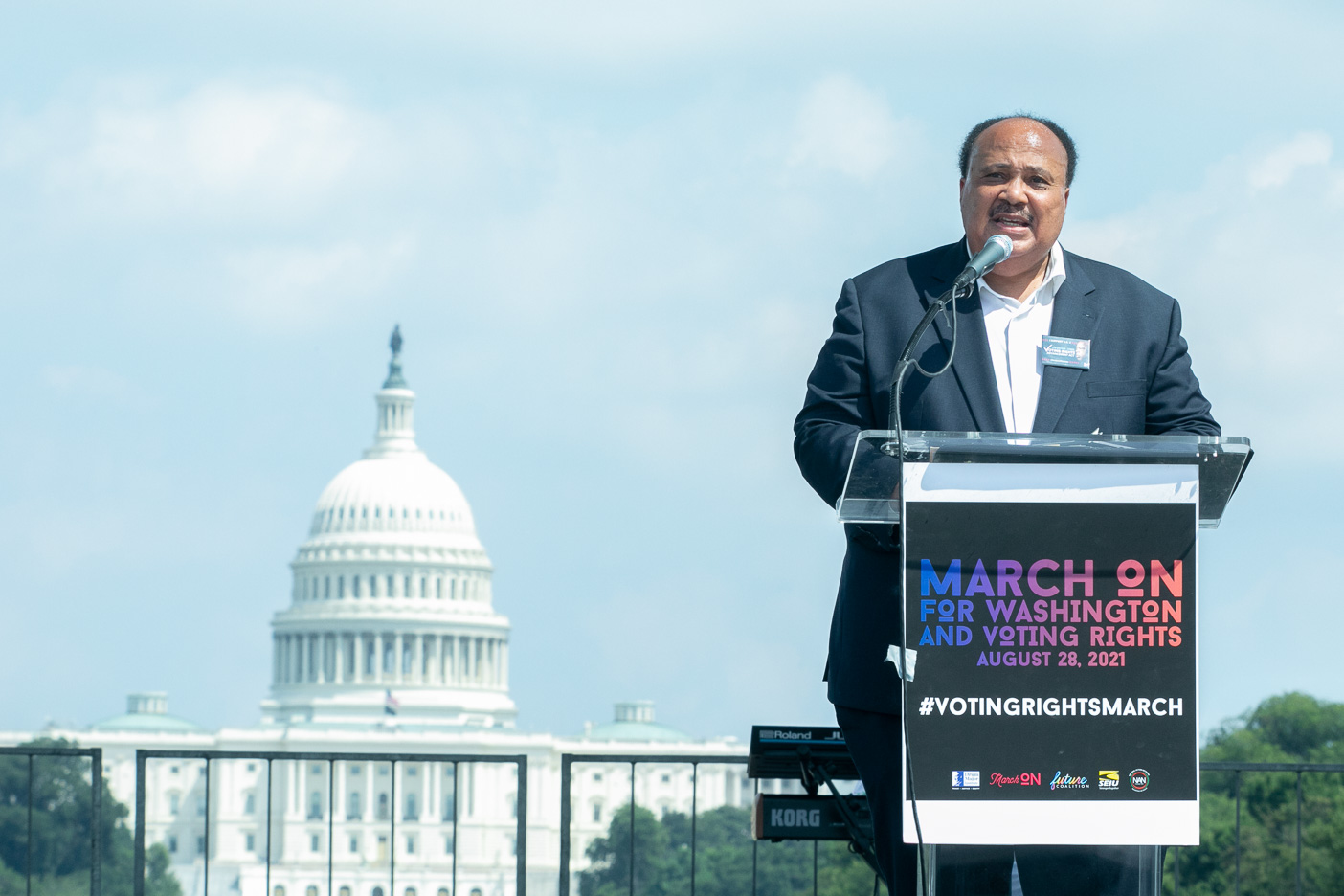 “Our country is backsliding to the unconscionable days of Jim Crow,” Martin Luther King III told the cheering crowd gathered at the National Mall in Washington. (photo by Mark Mahoney, Dream In Color Photography)

Nearly a dozen state representatives from Texas also took the stage. Those lawmakers were part of a Democratic contingent who fled the Lone Star State to break a quorum that prevented Republicans from moving forward with voter suppression bills.

“Texas is the worst state to vote in, in the entire nation,” U.S. Congresswoman Sheila Jackson-Lee (D-Texas) told the crowd.

Black Lives Matter banners decorated the crowd, as marchers took to the streets demanding action on the Senate filibuster that has hampered efforts to pass the For the People Act, the John Lewis Voting Rights Advancement Act, and other laws that would protect voters. 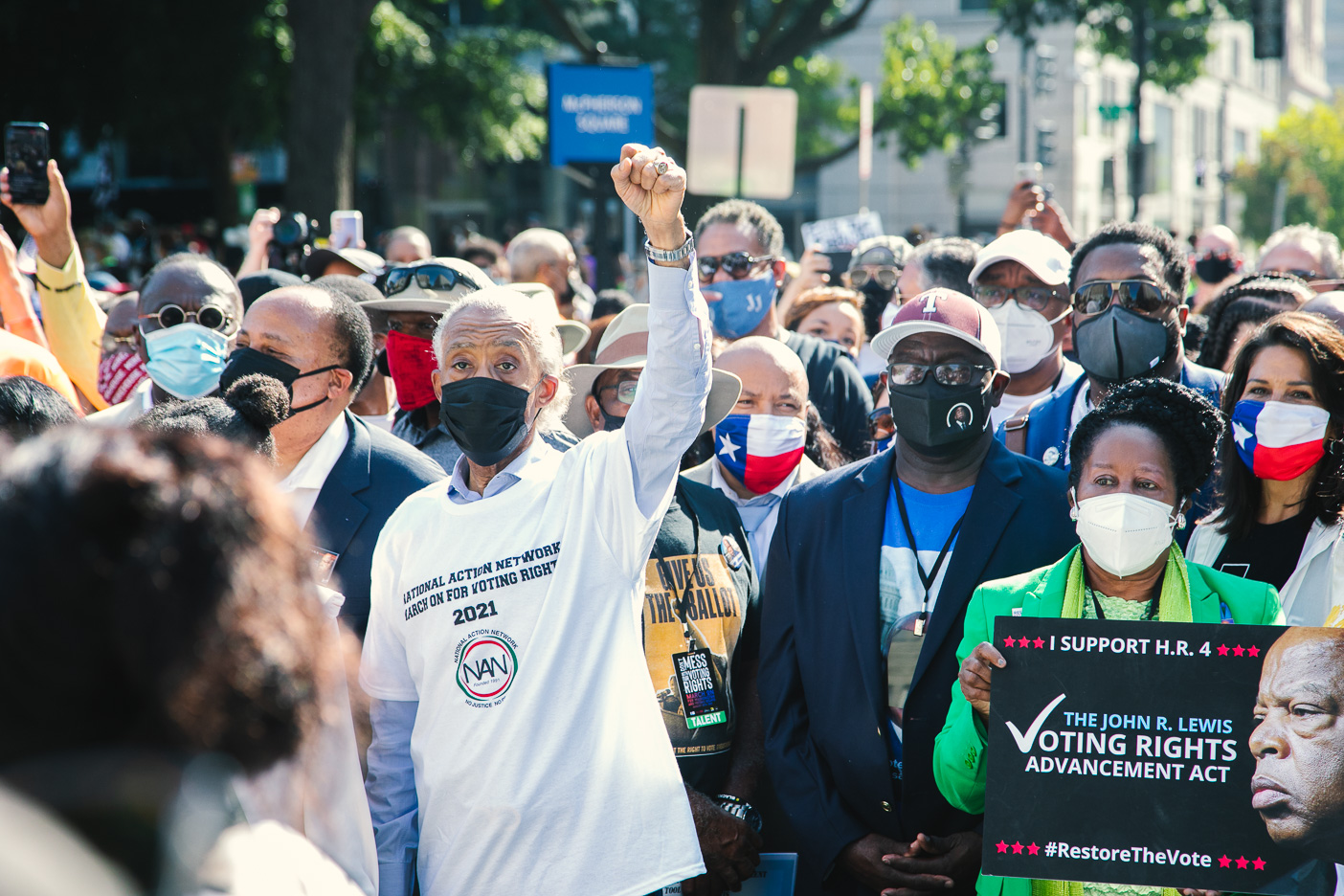 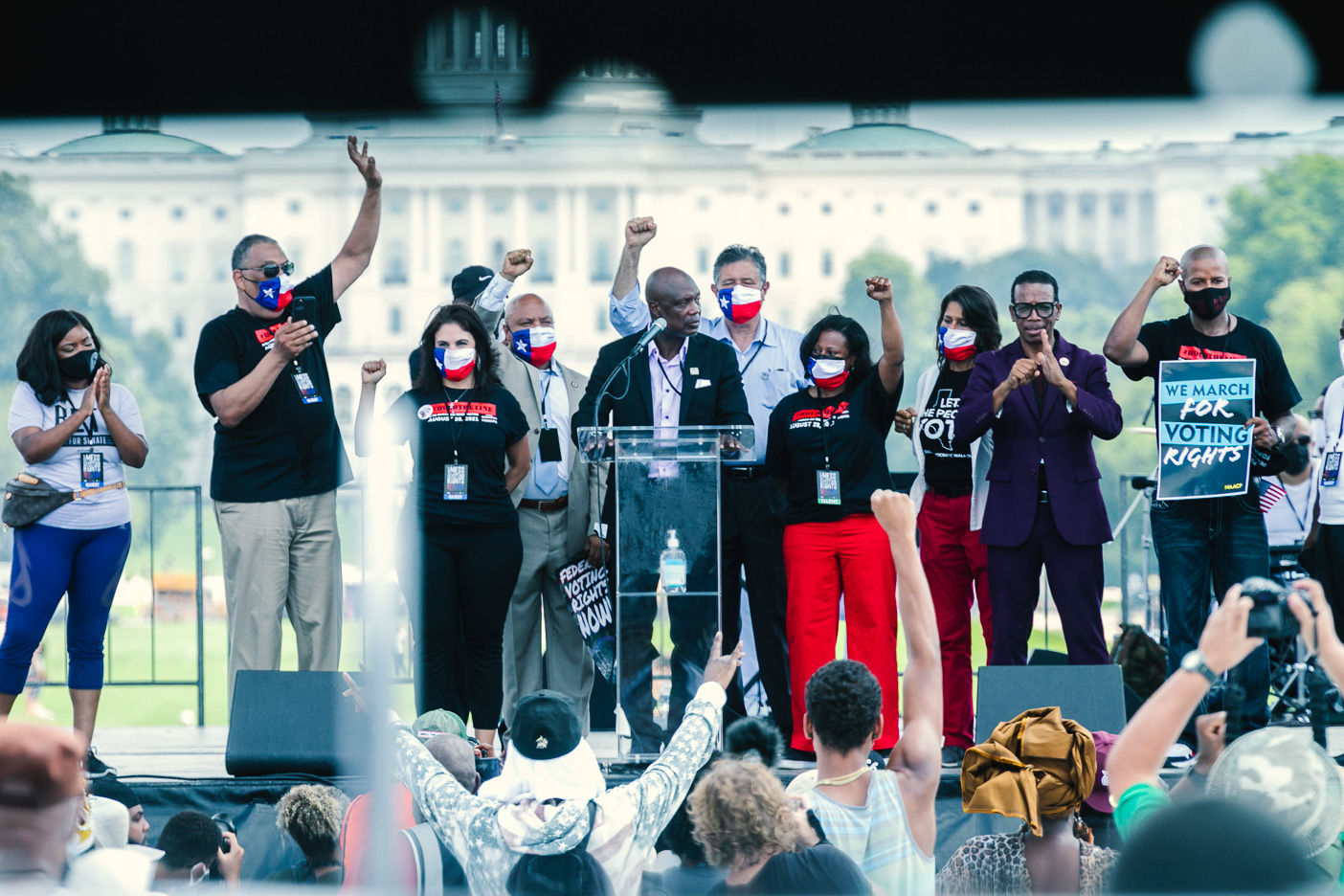 At least 18 states have already enacted voter suppression laws this year. With Republican opposition to equal rights laws, many have demanded an end to the filibuster, which would enable Congress to pass laws by a simple majority vote.

As it stands, Democrats in the Senate must vote unanimously in favor of the legislation and have at least 10 Republicans join them.

“I know activism works. I’ve seen it in my own family,” Yolanda King, the 13-year-old daughter of King III, told the crowd.

“The torch is being passed to us, and it’s time for our generation to wake up the world so we can stop talking about the dream and start living the dream. We will be the generation that earns and wins our freedom once and for all.”