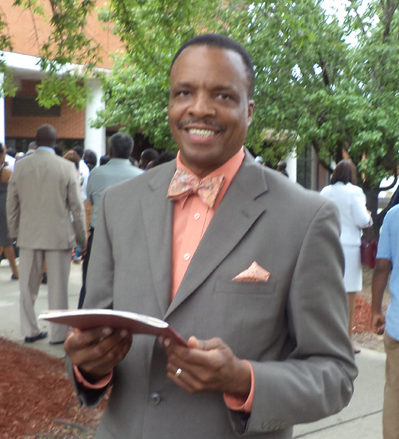 The Pro Trump Era has brought with it an avalanche of states legislating laws to prohibit the ability of citizens to vote. This action is led by Republican controlled legislatures, retaliating from what they allege as a fraudulent election—one that cannot be proven and has no validity. In fact, it has been noted time and time again even by Republican led committees governing the elections, that there was no election fraud and Joe Biden is the president. But Trump’s influence has inundated a significant segment of the Republicans base, thus determining the position and direction their elected legislators will take.

It is not about non-partisan collaboration or doing the right thing anymore. It’s about adhering to the wishes of a political party to escape being vilified, threatened or labeled a traitor. This throws all the rhetoric by elected officials speaking about advocating in the best interests of the country out the window, because it comes down to catering to districts and constituents catering to lies and catering to what can be conceived as racist policies and agendas.

There is no amount of legislative rhetoric by Republican lawmakers that can justify the policies and legislation they are passing in some states to suppress the vote of Black people, working class people, people with disabilities and older and even younger people. The move by Republicans to suppress votes is the epitome of hypocrisy—considering that everything should be done to help encourage all citizens to vote.

Advocating banning early voting on Sundays, limiting early voting hours, reducing the time people have to request absentee ballots, as well as decreasing the availability of drop boxes cripples and discourages the ability of many to vote. And voting represents the will of the people.

Make no mistake, there exists a teetering racial divide in this nation, with hate and seemingly uncompromising differences that can literally destroy this country. It is plain to see that the main losers in the politics taking place (especially to suppress the vote) are the American citizens—especially the elderly, students, people with disabilities, and African Americans.

Why verbally promote the right to vote as a basic American right and then do everything possible to prohibit some citizens from voting?  Why aren’t attacks to suppress citizens’ ability to vote legally deemed unconstitutional and publicly denounced as unethical and discriminatory?  If I am not mistaken, that was the main purpose of the Voter’s Right Act and why it has to be constantly re-voted on: to keep local cities and states from imposing laws that will illegally suppress the vote (especially for minorities).

It is said that the Department of Justice considers The Voters Right Act the most effective piece of federal civil rights legislation ever enacted in this country. So where are its teeth in prohibiting the abuse of voter’s rights? Common sense dictates that if the law is not strong enough to stop this wave of blatant voter suppression occurring, then it should be revisited and revised. This is even the sentiment of many major companies and community leaders.

Many citizens are up in arms, wondering why the president doesn’t impose an Executive Order to stop what many see as an egregious, blatant violation of their constitutional rights. Isn’t suppressing one’s constitutional right to vote, illegal? And if not, shouldn’t it be?

The House of Representative passed the For the People Act which included voting rights protection overriding states attacks on voting. But it was killed in the Republican controlled Senate. It has been reintroduced as H.R.1 and seeks to expand voting rights, change campaign finance laws to reduce the influence of money in politics, ban gerrymandering, and create new ethics rules for federal officeholders. But it has yet to pass in the Senate.

Isn’t it ironic that the democratic process is being dismantled within by some of those legislators who were voted for to protect and defend the Constitution? A traitorous coup is taking place right in front of our eyes. It seems too many people are looking the other way. Isn’t it a legitimate argument to entertain or question if the Republican Party has overstepped their boundaries in their attempt to stop or control the true will of the people?

Why is it so hard for some to see that these voter suppression laws will hurt us all in the end and serves as a gateway to negate our rights as Americans? Honestly, how can you support measures that cut early voting, evoke sticker ID laws and find ways to purge voter rolls-all based on unsubstantiated claims of voter fraud. You would think measures would be encouraged to increase voter’s participation.

We all know the truth of what is happening. The question is: Are we, as a nation, going to allow this flagrant miscarriage of justice to continue as it seeks to give the Republican Party the upper hand in their mission to control Congress, states, and local municipal legislatures by using undeniable deception and loopholes? This is not an indictment on all Republicans, but only on those who are acquiescing and allowing their party to implement these egregious measures by suppressing Americans votes. This should not be about attacking political parties and the unscrupulous tactics they are willing to provoke to support their objectives or agendas, but about doing what we know is morally and inherently right.

When disaster strikes, Legal Aid Society is there to help