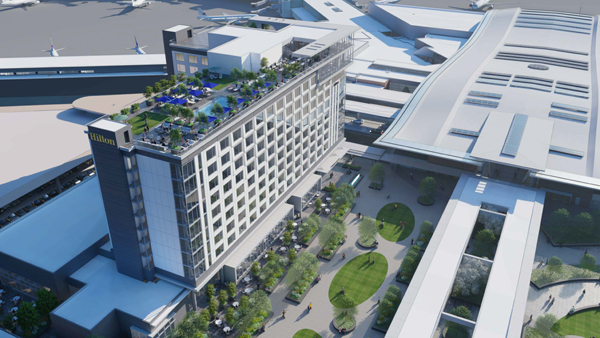 Construction of an on-site, 14-story hotel and terminal garage development is officially underway at the Nashville International Airport. The Metropolitan Nashville Airport Authority (MNAA), joined by Mayor John Cooper, Tennessee Department of Tourist Development Commissioner Mark Ezell and MNAA’s Board of Commissioners, broke ground on an upscale hotel and parking garage directly adjacent to the airport terminal. The Hilton-branded hotel is scheduled to open in late 2023.

“Like the city itself, Nashville International Airport is on the rise,” said Mayor Cooper. “Today’s groundbreaking for BNA’s first on-site hotel marks yet another step in that process of growth and transformation. I’m grateful to everyone who is playing a role in this expansion and look forward to a grand opening that all Nashvillians can celebrate.”

MNAA President/CEO Doug Kreulen said: “This dynamic hotel is a jewel in BNA’s expansion and will change the landscape and broaden what the airport offers to travelers, the business community and locals alike.”

Chartwell Hospitality, LLC, is the developer and hotel operator for the development, which is a public/private partnership and a key component of the airport’s multi-faceted BNA Vision expansion plan. Chartwell’s cost for the hotel approaches $95 million and MNAA’s cost of the garage and plaza is approximately $82 million.

“This hotel at BNA will be one of the top on-site airport hotels in the United States,” said Rob Schaedle, president/managing partner of Chartwell Hospitality, LLC. “We’re extremely proud to bring this world-class hotel to Nashville and be part of MNAA’s vision for the airport.” 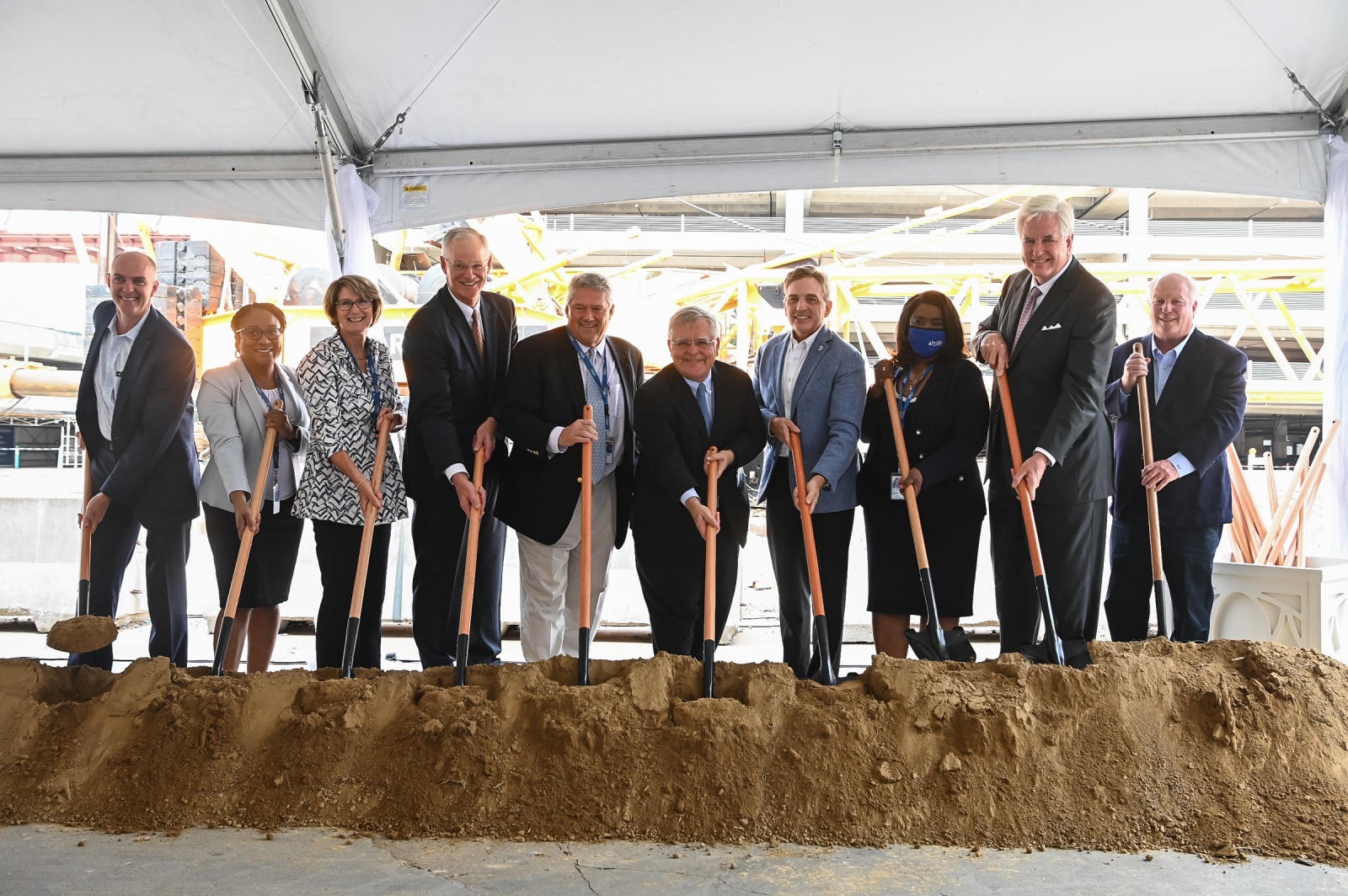 Mayor John Cooper (center r) is joined by MNAA President/CEO Doug Kreulen, Tennessee Department of Tourist Development Commissioner Mark Ezell, and MNAA’s Board of Commissioners at the groundbreaking for the airport’s hotel.

With 292 guest rooms, including six luxury suites, the hotel is designed to meet growing demand for business and leisure travelers, groups and meetings. The emphasis is on high-comfort, resort-style amenities, entertainment and wellness. Amenities will include a high-design Grand Lobby with inspiring public artwork, Grand Bar and Music Lounge and high-end contemporary restaurant. A Grand Plaza will include open-air dining, a bar, café and elegant landscaping. The innovative meeting and event spaces will total 16,500 square feet, including an 8,000-square-foot Grand Ballroom/Event space. A large, state-of-the art fitness center will be located on the 12th floor with dramatic views. And on the 14th floor rooftop, there will be a prominent Glass SkyBar Lounge and open-air SkyPool, providing spectacular views over BNA to Nashville’s dynamic skyline.

The hotel tower will sit atop a four-level parking garage, with hotel parking on the ground level, public parking on the upper levels, and a covered pedestrian bridge connecting the hotel Grand Plaza and garage to BNA’s renovated and expanded central terminal.