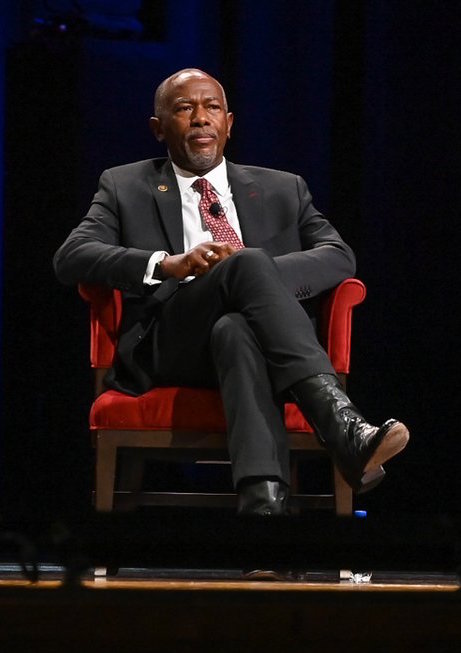 Children of color represent most of the children dying from COVID-19, and authorities, politicians, and parents need to do more to protect them, Meharry Medical College President/CEO Dr. James E.K. Hildreth said during a candid interview with the National Newspaper Publishers Association (NNPA).

Dr. Hildreth, a member of the White House COVID-19 Equity Task Force and a Food and Drug Administration member, empaneled to approve COVID vaccines, was unequivocal when asked whether schools should reopen before children vaccinated.

“The short answer is, for most places, in my opinion, it is not safe because mask mandates are not in place,” Dr. Hildreth said. “In Tennessee, for example, there is a mask mandate, but the governor is giving parents the option to opt-out of this.

Children now represent 26.8% of the weekly COVID-19 cases, and Dr. Hildreth and other health experts have sounded the alarm about the lack of mask mandates in schools.

“We’re now seeing infection rates among children that are much higher than they’ve ever been for most of the pandemic,” Dr. Hildreth said.

Born and raised in Camden, Arkansas, Dr. Hildreth began his undergraduate studies in 1975 at Harvard University and earned selection as the first African American Rhodes Scholar from Arkansas in 1978.

At Oxford, he studied the biology of cytotoxic T cells with Professor Andrew McMichael and became an expert in monoclonal antibody technology and cell adhesion molecules.

Dr. Hildreth returned to the United States to attend Johns Hopkins University School of Medicine in Baltimore, taking a one-year leave from medical school for a postdoctoral fellowship in pharmacology from 1983 to 1984.

In 1987 he obtained his M.D. from Johns Hopkins and joined the Hopkins faculty as an assistant professor. In 2002, Dr. Hildreth became the first African American in the 125-year history of Johns Hopkins School of Medicine to earn full professorship with tenure in the basic sciences.

As schools reopen, Dr. Hildreth expressed more concern about the health of children.

“Even though children might do well, they can get long COVID, and since children are not small adults, their nervous and skeletal systems are still developing,” Dr. Hildreth said. “Long COVID could have an impact long term on a child’s development. Therefore, I believe we should do everything we can to keep COVID-19 out of our children, especially Black and Brown children because most of the children who died of COVID happened to be Black and Brown.”

Dr. Hildreth demanded that those around children should be vaccinated and wear masks.

“That’s what we should demand of our leaders, but unfortunately, we don’t have leaders. Instead, we have politicians,” he said. “We need to do everything that we can to protect our children, and school systems all over the country are now shutting down, even temporarily, and this is really a challenging situation.”

Dr. Hildreth also addressed vaccine hesitancy, the process taken in developing the vaccines, and he decried those using unconventional tactics and medication like ivermectin.

“I acknowledge that ordinarily, people who are not in science or medicine might have questions,” Dr. Hildreth said. “That is reasonable. But, when all the questions are answered, and you think about the risk of getting sick and dying, understand that African Americans have such a higher burden of heart disease, hypertension, asthma, and obesity that makes us a greater risk than White people. So, we as a community need to be vigilant about this especially. I’ve been studying viruses for 40 years, and I have researched for more than 30 years. I have also studied the immune system, and I can tell people that none of the steps of the vaccine were omitted. I understand that it was developed relatively fast, but we have the technology available, and it accelerated the process.

“Ivermectin is not a wise thing to do. It’s a drug used to treat parasitic infections in horses, and there is no study in the world of ivermectin in humans. Compared to the vaccines evaluated with hundreds of thousands of people, there is no evidence whatsoever that this would be effective against COVID. I realize there’s a level of desperation, but that desperation should lead to getting vaccinated.”

On September 17, Dr. Hildreth will sit on an FDA panel to determine whether booster shots are necessary.

“The rationale behind this is that we’ve been collecting data on vaccine recipients and antibody levels since the phase 1 trial,” Dr. Hildreth said. “What the data shows is that, over time, antibody levels start to taper off around seven or eight months. So what the FDA is going to do on September 17, and I’m on that panel, is make a recommendation as to whether boosters are necessary.

“Even though antibodies are dropping, there is still high enough at least in the lab to neutralize the virus, which gives us comfort that there’s no need for a mad rush for boosters. But we do want to be proactive to make sure that the antibodies don’t drop below a critical threshold needed to protect people.”