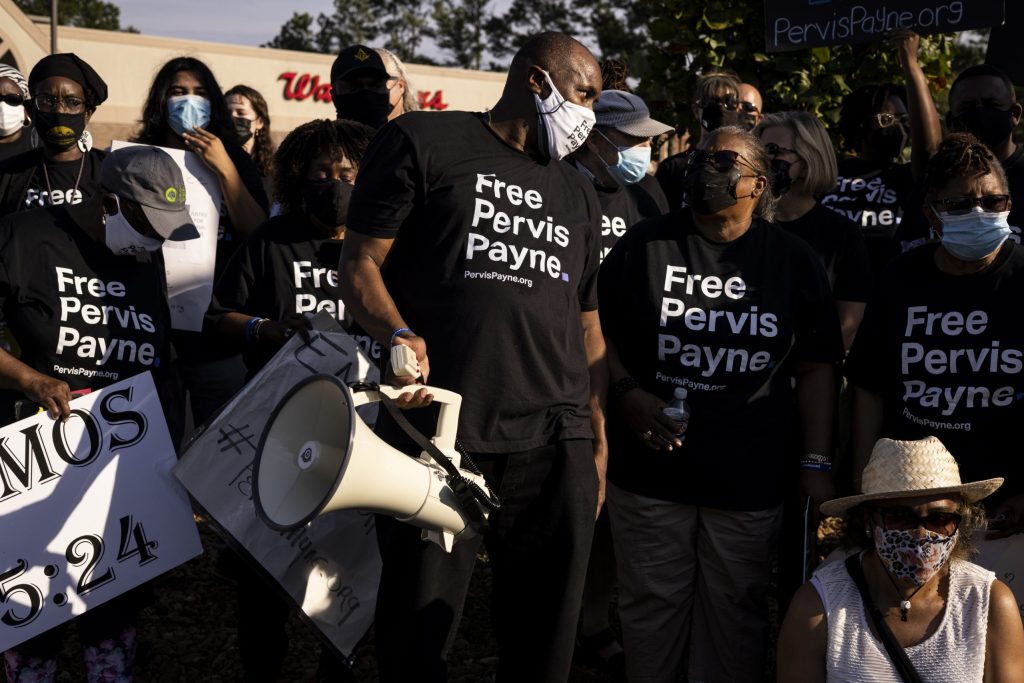 Rev. Andre Johnson (c) and other Pervis Payne supporters gathered at the intersection of Union and McLean for a demonstration last Wednesday. The group holds weekly demonstrations to “bear witness and keep attention on this case.” Payne was convicted of murder in 1988 despite scarce evidence and his intellectual disability. (photo by Brad Vest, courtesy of MLK50)

Events were held in Knoxville, Memphis, Murfreesboro and Nashville to mark the one-year anniversary of weekly rallies for justice for Pervis Payne on September 8.

Payne is a Black man with an intellectual disability who’s been on death row for more than 30 years, despite evidence of his innocence. Payne was convicted for the 1987 murder of Shelby County resident Charisse Christopher and her two-year-old daughter.

Last fall, Gov. Bill Lee delayed Payne’s execution, citing challenges caused by the pandemic, but the reprieve expired in April. Kelley Henry, one of Payne’s attorneys, said the Tennessee Supreme Court could set a new execution date at any time.

“Pervis’ case really is an example of all that is wrong with our criminal legal system,” Henry said, “particularly for African American men with intellectual disability, when the death penalty is brought into the mix.”

The case has made national headlines. According to the Innocence Project, Payne has an IQ score between 68 and 72, and the reading and writing skills of a child. More than 700,000 people have signed a petition urging the governor to grant clemency. 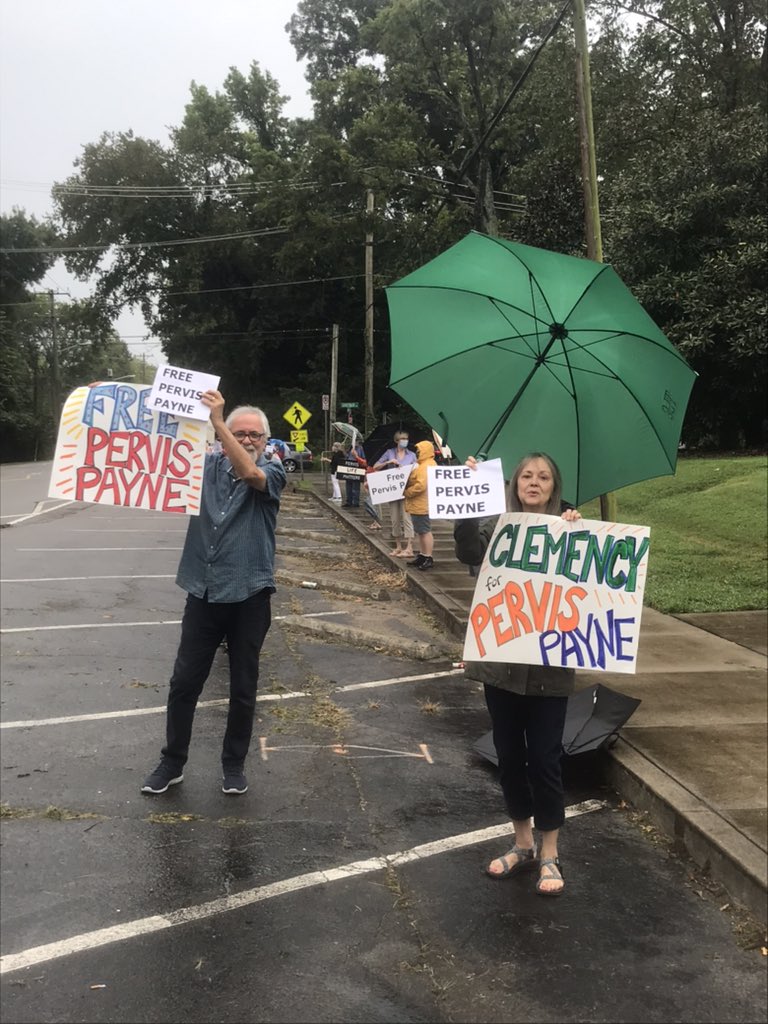 Henry noted procedural obstacles prevented Payne from litigating based on the issue of his disability for more than a decade, despite a federal law banning death sentences for people with intellectual disabilities. She pointed out a law signed by the governor earlier this year gives people with intellectual disabilities the opportunity to appeal a death sentence, and Payne is in the processing of doing so.

“We’re having a hearing on December 13,” Henry said. “We are hopeful that the court will see that Pervis is in fact intellectually disabled, and rule that he is ineligible for execution.”

Rev. Dr. Andre Johnson has been organizing rallies for Payne in Memphis for more than a year. He said it is important for communities to bear witness to Payne’s case, and stand with him and his family.

“More people, once they read about the case, want to help,” Johnson said. “And people reach out, and they start to find their own street corners in their own cities and towns, and they stand with us as well.”

According to the Innocence Project, key evidence from the case that could identify the perpetrator of the 1987 crime has gone missing.