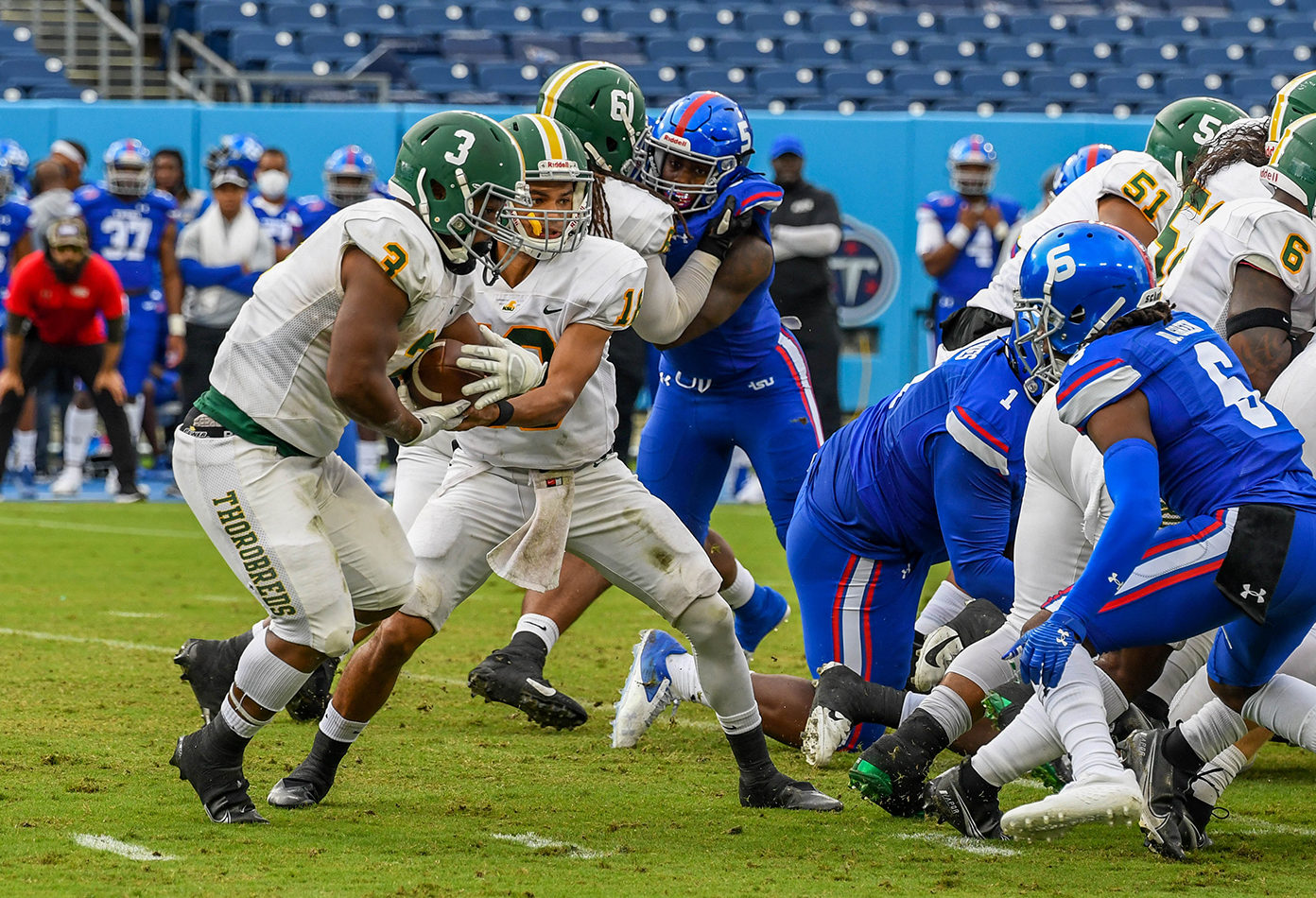 Head coach Eddie George celebrated his first collegiate win, this past Saturday afternoon, as the Big Blue Tigers of Tennessee State University (1-2) beat down the Division II Kentucky State Thorobreds (1-2), in a rout. The final score was 41-7. “Getting that first win feels good”, George was quoted as saying.

Held at Nissan Stadium, TSU quarterback Geremy Hickbottom threw for three touchdowns and ran for another. Hickbottom finished 15 of 25 for 264 yards, with 24 yards on the ground. His counterpart, Devon Starling, rushed for 142 yards.

TSU dominated from start to finish. The score was 31-0 at halftime. Big Blue senior tight end Rodell Rahmaan, grabbed a pair of touchdown passes, had a tackle on special teams, and blocked a punt.

Kentucky State entered the game averaging 211 yards rushing. In this contest, they only managed to get 84. The Thorobreds only had 132 total yards for the entire game. Big Blue linebacker Jahsun Bryant was a big part of that, with five tackles.

The Thorobreds did manage to score a touchdown late in the fourth quarter to avoid a goose egg.

This was TSU’s 26th consecutive victory in the series, which was last played in 1984.

The Big Blue now travel to Cape Girardeau, Missouri next week, September 25, to take on the Redhawks of Southeast Missouri State (SEMO). Game time is at 2 pm.