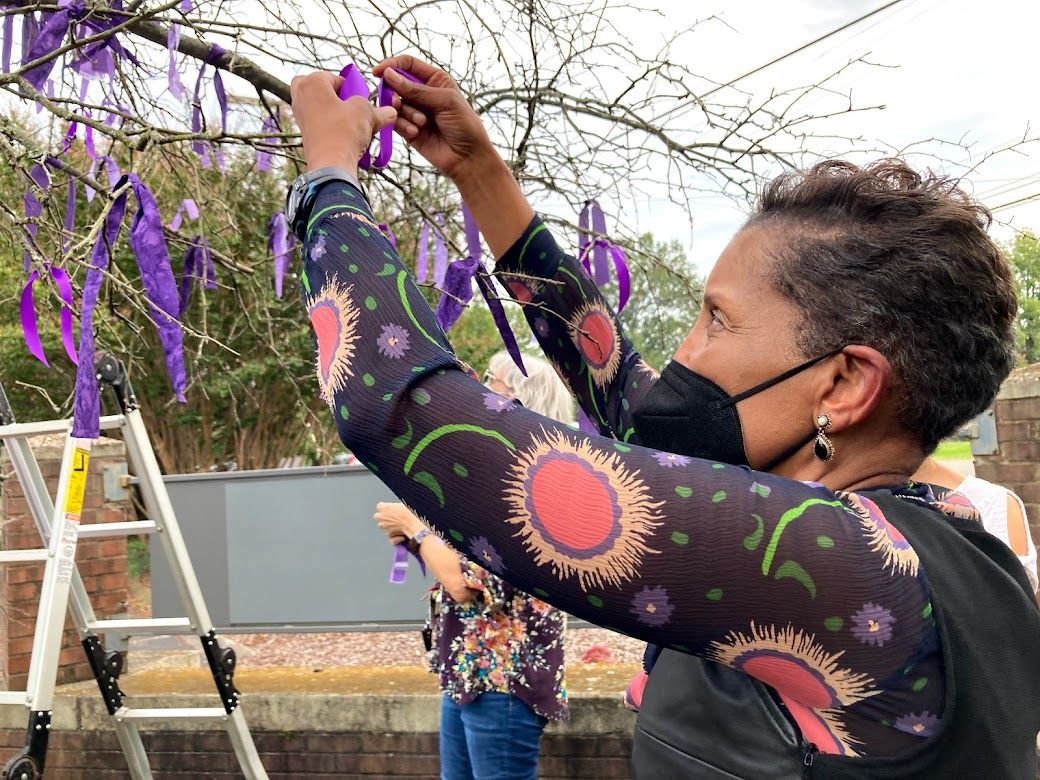 The latest report from The Violence Policy Center ranks Tennessee 10th in the nation for the rate that men kill women. The annual report, released just days before Domestic Violence Awareness Month, found that nearly 1,800 women nationwide were murdered by men in 2019. In Tennessee, the study found that 60 women were murdered by men and 84% of these homicides were committed by someone they knew. YWCA Nashville & Middle Tennessee has spent the last four decades on the frontlines of the domestic violence epidemic, offering shelter, services, and support to victims and their families.

This October, YWCA Nashville & Middle Tennessee is recognizing Domestic Violence Awareness Month (DVAM) with activities to educate the community about the crisis of domestic abuse. One in four women and one in seven men will be a victim of domestic violence in their lifetime. One in 15 children will be a witness to abuse. Children who witness abuse are more likely to be in an abusive relationship when they grow up.

“Everyone needs to know the facts about domestic violence,” said Sharon K. Roberson, president/CEO of YWCA Nashville & Middle Tennessee. “We’ve been doing this work for over four decades, and we can’t do it alone. We need the entire community to join us and work together to help break the cycle of abuse and save lives.

The YWCA asks that supporters: Represent, Educate, Advocate, and Strengthen during this month.

“Represent. Wear purple or display a purple ribbon on your door, mailbox, or tree. Purple represents survival, courage, peace, and dedication to ending violence. It is a salute to survivors and those we have lost to domestic violence. Take a photo of your purple show of support. Post it on social media and tag @ywcanashville (#DVAM #EndDvNow).

“Educate. Domestic violence is all about power and control. It does not discriminate based on age, gender, religion, or socio-economic background. Abuse can be emotional or physical or both. Learn the signs of Domestic Violence at <ywcanashville.com> and share with your network.

“Advocate. Oct. 18-23 is the Week Without Violence, a movement with YWCAs across the country and around the world to end violence against women and girls. At YWCA, we know that not all violence is acknowledged or responded to equally and that some victims go unrecognized or are even punished for reporting abuse. Contact our U.S. senators and urge them to pass the Violence Against Women Act. Funding from VAWA helps us operate the Weaver Center. Register for our upcoming webinar, ‘The Criminalization of Women and Girls of Color and Survivors.’

“Strengthen. To be the best advocate, you need to be your best self physically, mentally, and emotionally. Practice self-care to both rest and strengthen your mind and body.”

YWCA is the largest provider of domestic violence services in the region, operating the 65-bed Weaver Domestic Violence Center and 24-Hour Crisis and Support Help Line and Text Line. YWCA recently opened Abbie’s Safe Home on the campus of the Weaver Center. The state-of-the-art pet shelter can house up to eight dogs and six cats at a time removing a significant barrier to safety. Renew at the YWCA is an all-volunteer program that furnishes and decorates the new homes of survivors and their children leaving shelter. Shear Haven is an online domestic violence education program for beauty professionals. AMEND Together is the YWCA’s primary prevention initiative aimed at ending violence against women and girls by engaging men and boys to change the culture that supports violence. This program has spread to YWCA affiliates across the U.S.

Cancer: My Journey in Time (part 63)
When He is silent