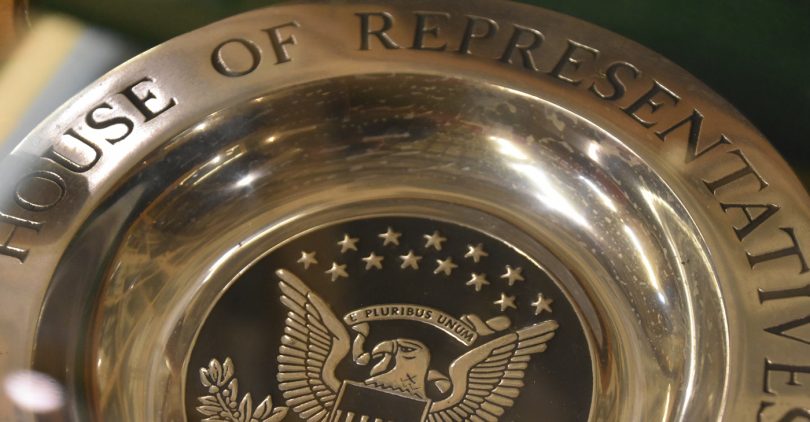 The bipartisan EQUAL Act would eliminate the sentencing disparity between crack and powder cocaine. It also would allow those currently serving time for crack offenses to motion for reduced sentences.. (Photo: iStockphoto / NNPA)

Two minutes before members of the U.S. House of Representatives cast their votes, District of Columbia Attorney General Karl Racine weighed in on H.R. 1693—the EQUAL Act. “Congress should pass the EQUAL Act to finally end the unfair sentencing disparity between crack and powder cocaine,” Racine said. “By eliminating the disparity entirely, the bill would address longstanding racial discrimination in our criminal justice policy. This reform is overdue.”

The reform is now closer to happening after Congress, on September 28, passed the legislation by a 143-16 vote. The only opposition came from Republicans.

The measure now heads to the Senate for consideration.
he bipartisan EQUAL Act would eliminate the sentencing disparity between crack and powder cocaine. It also would allow those currently serving time for crack offenses to motion for reduced sentences.

Under current federal laws, individuals caught with 28 grams of crack receive the same sentence as someone caught with 500 grams of powder cocaine, despite the American Medical Association’s findings that there is no chemical difference between the two substances.

Starting with the 1980s version of the ‘War on Drugs,’ those caught with small amounts of crack (primary people of color) received decades longer prison sentences than those with powder cocaine—overwhelmingly White individuals.

According to Human Rights Watch, African Americans comprise 62.7% and White people 36.7% of all drug offenders admitted to state prison.

Federal surveys and other data clearly show that this racial disparity bears scant relation to racial differences in drug offending.

“Relative to population, Black men are admitted to state prison on drug charges at a rate that is 13.4 times greater than that of White men. In large part because of the extraordinary racial disparities in incarceration for drug offenses, Black people are incarcerated for all offenses at 8.2 times the rate of whites. One in every 20 Black men over the age of 18 in the United States is in state or federal prison, compared to one in 180 White men.

“Shocking as such national statistics are, they mask even worse racial disparities in individual states. For example, in seven states, Black individuals constitute between 80% and 90% of all drug offenders sent to prison. In at least fifteen states, Black men are admitted to prison on drug charges at 20 to 57 times greater than White men.

“These racial disparities in drug offenders admitted to prison skew the racial balance of state prison populations. In two states, one in every 13 Black men is in prison. In seven states, Black people are incarcerated at more than 13 times the rate of Whites.”

The authors concluded that the imprisonment of African Americans for drug offenses is part of a more significant over-incarceration crisis in the United States.

“Although prison should be used as a last resort to protect society from violent or dangerous individuals, more people are sent to prison in the United States for nonviolent drug offenses than for crimes of violence,” the authors said.

“For years, we have known that harsh drug sentencing disparities between crack and powder cocaine have created a racially disparate impact on Black communities,” Rep. Bobby Scott (D-Va.), the bill’s co-sponsor, said following passage of the measure. “The bipartisan EQUAL Act is the next step on the long road toward eliminating this unfair sentencing disparity. In 2009, I led the effort in the House to eliminate this disparity in the Fairness in Cocaine Sentencing Act.

“That effort eventually led to the 2010 passage of the Fair Sentencing Act, which reduced the crack-cocaine disparity from 100:1 to 18:1. That was a hard-fought compromise, and the EQUAL Act will finally end the disparity.

“This is an important step toward fixing our criminal justice system and making it fairer. I want to thank my colleagues, Representatives Hakeem Jeffries, Kelly Armstrong, and Don Bacon, for working with me on this bill, and I urge my colleagues in the Senate to move quickly to send this bill to President Biden’s desk.”

Families plead for more information on missing loved ones