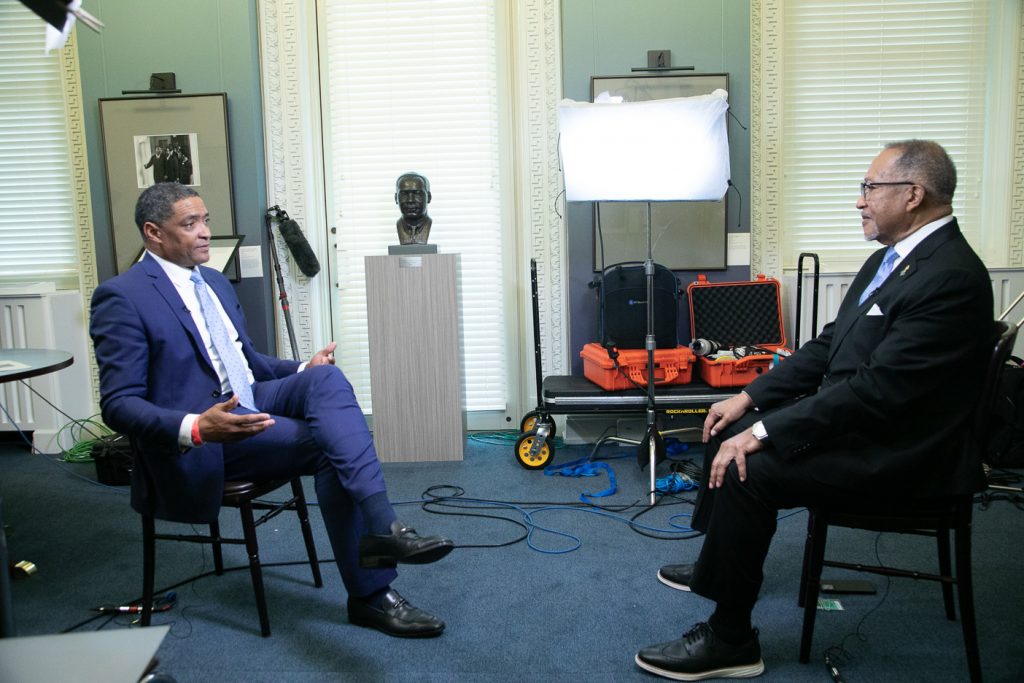 Senior Advisor to the President and Director of the White House Office of Public Engagement Cedric Richmond said that the administration also changed federal rules that punished most Black homeowners who didn’t have a clean title to their property because of slavery and systemic racism.

The $4.2 billion received in 2021 by historically Black colleges and universities (HBCUs) represents the largest single-year federal government funding from any administration in U.S. history.

And it’s not even close.

“We see more and more misinformation. When you see reports that the Biden administration is cutting funding to HBCUs by $30 billion, it is patently false,” Cedric Richmond, the senior advisor to the president, told a group of publishers from the National Newspaper Publishers Association (NNPA).

Richmond, who also serves as the White House Office of Public Engagement director, remarked that the deliberate misinformation published by news outlets and posted on social media is meant to undermine the president and Democrats.

“It’s being pushed around so young African Americans and people who went to HBCUs would get discouraged and say that there’s no difference from President Biden and President Trump, or that Trump did more for HBCUs,” Richmond said. “Funding for HBCUs is usually less than $1 billion per year. Just this year alone, we’ve given HBCUs $4.2 billion, and because of that, some HBCUs are financially capable of forgiving student debt right now. A lot of them are making investments in their campuses.

“We still want to double or triple funding over the next 10 years to invest in their facilities. We’re going to do that, but there’s been no administration ever to invest in HBCUs more than us.”

The former Congressional Black Caucus Chair spent the bulk of the day on October 13 with the Black Press of America. He appeared on the NNPA’s live breaking news program, Let It Be Known, before sitting for a livestream interview with NNPA Chair Karen Carter Richards and NNPA President/CEO Dr. Benjamin F. Chavis, Jr.

Dr. Chavis later conducted a one-on-one interview with Richmond inside the White House for his PBS-TV and PBS-World show, The Chavis Chronicles.

The Louisiana-native spelled out several of the many initiatives and programs that the Biden-Harris administration has implemented that benefit the Black community.

He also noted the various strategies the administration has engaged in protecting voting rights and advancing homeownership in the Black community.

He said the president’s Build Back Better plan includes creating jobs and opportunities that have previously escaped the Black community.

Richmond also noted the various executive orders that have aided the cause of leveling the playing field, including the order on advancing racial equity and support for underserved communities through the federal government.

And while Republican-led states have implemented voter oppression laws and lawmakers have failed to enact federal statutes to protect voting rights, the Democratic National Committee has pledged to invest $25 million in voter outreach and litigation.

“The president has called for reforming the filibuster, and we’re not letting obstruction slow us down,” Richmond said. “We don’t know where we are on the [latest] Senate bill until they have a vote, but we will continue to fight on a three-prong approach. We have doubled the size of the Voting Rights Division in the Department of Justice, we are continuing to file lawsuits over the unconstitutional laws that have passed around the country, and we are fighting them in the courts.

“So, we keep pushing, and we keep doing the things needed to get it done. We’re not going to wait and put all of our eggs in one basket.”

The administration has also put in place programs and mechanisms to ensure that individuals remain in their homes during the pandemic, Richmond relayed.

“We signed an executive order tasking HUD Secretary Marcia Fudge to review and analyze all barriers to homeownership and systemic racism in housing in the federal government,” Richmond said. “Secretary Fudge has embarked on an extensive review of appraisals and other things that determines the worth of a house. The president’s goal is to provide federal down payment assistance to first-time homebuyers, which will specifically help people of color. It’s the best way to attain generational wealth.”

Richmond added that the administration also changed federal rules that punished most Black homeowners who didn’t have a clean title to their property because of slavery and systemic racism.

“We don’t have all day to tout all of the things we’ve been able to accomplish over the first 10 months, but we have to show the Black community what we’ve done for them,” Richmond said. “Whether it’s promoting Black maternal health, the equity we put in the pandemic response, banning private prisons, telling U.S. Attorneys to stop with the harshest sentencing recommendations. We are investing in community violence and intervention programs using trusted interrupters to resolve disputes for the first time.

“We are investing in re-entry so that those individuals can have a path to success, and when they do, people in the community will see it. All of this is done with being intentional about investing in the African American community.”

Spiritually speaking
Choose celebrity over humility if you dare