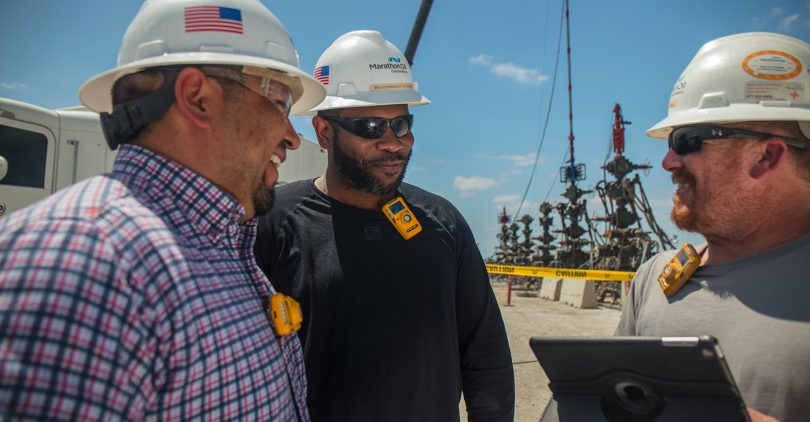 The increased implementation of diversity and inclusion programs explain why nationally, African American and Hispanic workers are projected to account for close to 25 percent of new hires in management, business and financial jobs through 2035.

President Joe Biden headed into the holiday weekend with two pieces of economic good news he claimed underscores that recovery has continued at a historic pace.

The new jobless claims report released on November 24 indicates that the president has every reason for optimism. The economy is starting to boom.

“Last year, there were 21 million unemployment insurance claims before the Thanksgiving holiday. Today, there were 2.4 million,” President Biden said. “This is a historic jobs recovery—5.6 million jobs created since I took office and an unemployment rate of 4.6%, That’s two full years earlier than experts predicted was possible.

“More Americans are getting back to work, and more Americans have money in their pockets, thanks to the American Rescue Plan and the vaccination campaign.”

CNBC reported that the decline appeared at least in part to be due to seasonal adjustments. Unadjusted claims totaled 258,622, an increase of 7.6% from the previous week.

Further, according to published reports, continued jobless claims, which count workers who have filed for benefits for at least two consecutive weeks, stood at around two million in the week ended November 13, down 60,000 from the prior week. 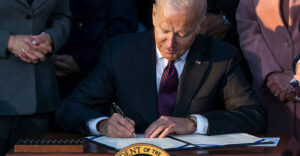 Overall, 2.4 million Americans received government benefits under various programs in the week ended November 6, down from 3.2 million at the end of October.

President Biden noted that the U.S. counts as the only major economy that has exceeded its pre-pandemic level of gross domestic product.

He promised to continue working to improve the economy further and provide more job opportunities for all Americans.

“We have more work to do before our economy is back to normal, including addressing prices increases that hurt Americans’ pocketbooks and undermine gains in wages and disposable income,” President Biden stated.

“That’s why yesterday I announced steps my Administration is taking to bring down the cost of gas for American families, and my Administration remains laser-focused on implementing the Bipartisan Infrastructure Law, which will ease supply chain bottlenecks across the economy. And it’s why it’s so critical that the Senate pass the Build Back Better Act, which, according to leading economists, will cut costs for American families without adding to price pressures.

“Build Back Better will cut the cost of prescription drugs, health care, childcare, and housing for tens of millions of middle-class families and seniors while extending critical middle class tax relief that is helping working families make ends meet. Today’s data reinforce the historic economic progress we are making and the importance of building on that progress in the weeks ahead.”