When it comes to protection of voting rights, moral apathy is winning the fight 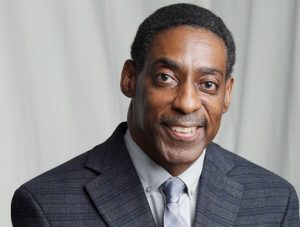 (TriceEdneyWire.com) — When speaking before an audience in 1963, James Baldwin could not have stated it any better by saying: “I’m terrified at the moral apathy, the death of the heart, which is happening in my country.” His words express the feelings and emotions many of us of all races have today as we watch our fellow Americans show little concern or motivation to do what is morally right in regards to protecting the voting rights of people of color. There is no heart, no conscience or shame in passing laws intended to give Republicans the ability to outright reject election results not in their favor. A recent warning written by a United Nations expert highlights the human rights consequences to our changing nation. He describes the United States as being “near tyranny” against the voting rights of minorities nationwide. To have the United States, leader of the free world, evolving into a nation under cruel and oppressive rule is a fairly strong but precise assessment.

Fernand de Varennes was appointed United Nations Special Rapporteur on Minority Issues by the Human Rights Council. He based his remarks on the current state of U.S. society and democracy by traveling the country to “assess the human rights situation of persons belonging to national or ethnic, religious and linguistic minorities.” As a representative of the United Nations, he met with over 100 officials at the federal, state and territorial levels.

In his initial assessment, de Varennes stated: “My final report will provide more details and analysis in this regard, but what is already eminently clear is that there seems to be a growing feeling that the United States is becoming a darker, nastier, and more divided society—and that the patchwork of constitutional and civil rights in the country are not sufficiently protecting those most in need of protection such as minorities and Indigenous peoples, amongst others.” When sharing another U.N. expert’s observations from 2017, de Varennes noted that “four years later, the pace of what my colleague described as the undermining of democracy has expanded explosively.” Fernand de Varennes and his colleague are not members of the ‘liberal press’ or ‘fake news.’ They are the equivalent to being unbiased referees in a basketball game. They are rightfully blowing the whistle while calling the fouls they see. As international watchdogs, they are calling fouls against the oppression and moral apathy they are witnessing in America. But the United Nations is not alone.

The Stockholm-based International Institute for Democracy and Electoral Assistance recently added the United States to an annual list of ‘backsliding’ democracies for the very first time. The think tank’s secretary general Kevin Casas-Zamora, said “the visible deterioration of democracy in the United States, as seen in the increasing tendency to contest credible election results, the efforts to suppress participation and the runaway polarization is one of the most concerning developments.” The international community is sounding the alarm because they still care about democracy the way we as a nation did in the past. Citizens in California see the urgency.

A coalition of 69 progressive grassroots groups sent a letter to Sen. Dianne Feinstein urging her to support the Freedom to Vote Act and the John Lewis Voting Rights Advancement Act in addition to expressing her willingness to “abolish or create an exception to the filibuster” in order to have the bills pass through the Senate. The groups went as far as to demand the senator’s resignation if she is unwilling to take the steps necessary toward protecting our democracy. While it is not expected for conservative groups to make the same type of demand to their Republican senators, it should be a different story for White evangelicals despite being a major part of the Republican political base. The international community views the subject of voter suppression within the United States not through a political lens but through a moral lens. Both progressives and conservatives voters should be able to do the same.

These international organizations are seeing people being oppressed and they are speaking out as we all should. As Christians, I see White evangelicals as being the moral compass and the conscience of the nation. Because of their Biblical commands, I see them finding the cruelty behind voter suppression as unacceptable. I see them contacting their elected representatives and expressing an urgency in preserving democracy at all costs. All of this is not reality. Unfortunately, there is a widening gap between the way things should be and reality. Reality is disappointing. Even at the expense of saving American democracy, a large number of White evangelicals forsake their Biblical teachings for political gains.

(David W. Marshall is founder of the faith based organization, TRB: The Reconciled Body, and author of the book God Bless Our Divided America. He can be reached at <www.davidwmarshallauthor.com>.)

How many pastors can we have?