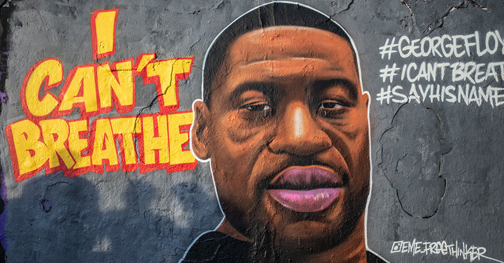 The movement’s support appeared to peak in the wake of the police murder of George Floyd as global protests joined in the cry of Black Lives Matter.

Following a recent poll that showed support for the Black Lives Matter Movement waning, conversations have commenced over the continued relevancy of the campaign.

Researchers conducted by the national polling site, Civiqs revealed that 44% of Americans support the Black Lives Matter Movement, while 43% said they oppose the campaign.

Approximately 11% of respondents reported that they neither support nor oppose the campaign, which began in 2012 in response to a jury’s decision to acquit George Zimmerman in the shooting death of Trayvon Martin.

However, hidden in the details of the poll are subgroups that show the movement still enjoys the overall support of African Americans and Democrats.

Just three percent of who identify as Republican support the movement, and 86% oppose. Democratic respondents support the campaign by an 86% to four percent margin.

The movement’s support appeared to peak in the wake of the police murder of George Floyd as global protests joined in the cry of Black Lives Matter.

Shortly before Cullors’ resignation, the foundation released a 2020 Impact Report that claimed it had raised more than $90 million. Reportedly, 10 Black Lives Matter chapter leaders called for financial transparency and an independent investigation into spending funds. In addition, Ebony reported that the claims of “financial impropriety were a source of constant concern for several parents whose children had been killed by police in controversial shootings.”

Ebony cited Tamika Palmer, whose daughter Breonna Taylor was killed by Louisville police as she slept in her home. Samaria Rice, whose 12-year-old son Tamir, was killed on a playground by a Cleveland police officer.

Each has come out publicly and denounced the Black Lives Matter foundation and accused the organization of raising money off the blood of their children.

Michael Brown, Sr. whose son Michael was walking home from a store unarmed and killed by a police officer in Ferguson, Missouri, called for Black Lives Matter to donate $20 million to non-profit organizations in Ferguson that are working to empower residents in exchange for the millions of dollars they raised in using his son’s name and image.

Cullors has countered that all the financial purchases she has made have come from her income, including a multi-year television deal with Warner Brothers, a book deal, speaking engagements, and consulting services.

Entertainer Tyrone Evans Clarke said during protests he participated in following Floyd’s murder, and he noticed many individuals willing to make sacrifices for the cause.

“It seems the U.S. doesn’t respect Black and Brown people’s lives,” Clarke said. “Cops were attacking peaceful protestors with tear gas and rubber bullets, and that didn’t help. On top of that, look how long it took to put Floyd’s murderer behind bars. It feels like there is a knee on our necks every day just by being Black,” he said.