Parents raise alarm about school violence
Votes depend on improvement 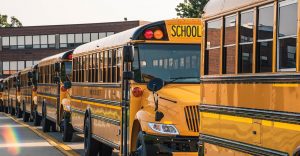 Parents have expressed concern over bullying in schools and how race and diversity is being taught. (Photo: iStockphoto / NNPA)

A new poll revealed that parents continue to express ‘legitimate concerns’ about violence in schools, increased bullying, and a lack of mental health resources.

Alarmingly, the poll released by the National Parents Union found that 59% of parents are very or extremely concerned about how schools are teaching race and diversity.

“Many Black parents are worried that schools are being harsher on students of color compared to White students,” researchers noted in the poll.

The National Parents Union counts as a network of parent organizations and grassroots activists committed to improving the quality of life for children and families in the United States.

Conducted from November 19 to November 23, the survey included 1,233 parents who also count as registered voters.

Researchers found that 84% of parents are concerned about how schools address the threat of violence, and 59% identified increased bullying or violence in school as a significant issue.

About 52% said student mental health after coping with the pandemic is a significant issue, as well.

“Parents have very legitimate concerns about violence in schools, increased bullying, and a lack of mental health resources,” Keri Rodrigues, co-founder/president of the National Parents Union, said in a statement.

“Now, it is incumbent on schools to do something about these issues, especially given the federal funds available. It’s not rocket science. Rather than repaint a football field, first, make sure that there are enough counselors to help students cope with mental health issues,” Rodrigues said.

The poll also asked the parents who responded that they were concerned about the threat of violence, which worries them the most.

Among parents who identify as Independents, 28% trust Republicans and 20% trust Democrats.

“These findings underscore the importance of the very thing we have been imploring school leaders across the country to do: listen to the parents in your community,” Rodrigues said.

“It also reinforces the need for those running for office to take the concerns of parents very seriously or risk losing elections.”