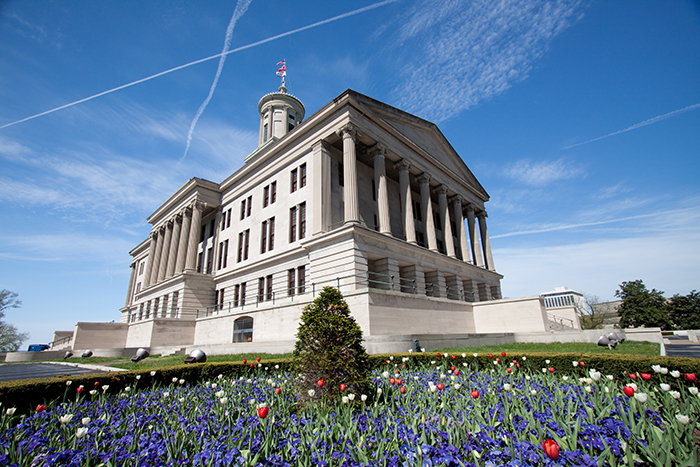 Support for Gov. Bill Lee is down among Tennessee voters, fueled in part by his controversial stances on vaccine and mask requirements during the COVID-19 pandemic, according to the latest statewide Vanderbilt Poll.

Only 55% of Tennessee voters reported they approved of Lee’s performance, a 10 point drop from a similar survey in May, when 65% of voters gave Lee positive reviews. Lee continues to enjoy strong support from Republicans, but that too dropped from 87% to 82%.

This decline may reflect the public’s reaction to the state legislature’s actions. For example, both Democrats and Republicans disapprove of the new law prohibiting private companies from requiring their employees to be vaccinated, the poll found.

“Interestingly, members of both parties thought that this bill was a bad idea. It’s a sign that the legislature, in this particular case, was out of touch with the broader public,” said John Geer, Ginny and Conner Searcy Dean of the College of Arts and Science and professor of political science. “These results in some ways should not be a surprise, since the public usually supports giving private businesses the latitude to pursue policies they think are best for the company. That is a foundation of capitalism.”

Even with the new Omicron variant, Tennesseans currently are less concerned about being infected with the coronavirus than they were in the spring. In the latest poll, only 25% of registered voters reported being worried, compared to 34% in May.

The survey of 1,002 registered Tennessee voters was conducted between Nov. 16 and Dec. 6, with a margin of error of ± 3.7 percentage points. The statewide poll is co-directed by Geer and Josh Clinton, Abby and Jon Winkelreid chair and professor of political science. More detailed results and methods can be found at <vu.edu/poll>.

The poll focused on several areas to gauge public opinion on current affairs, such as redistricting in Tennessee, policies related to COVID-19 and the economy, the future of public education, and perceptions of unity in a time of polarization among people.

“We are trying to track ‘what are the big trends in the state? What do Tennesseans think about our political leaders, both at the state and national level? What do we think are the important issues confronting the state?’ We want to see how much people are thinking about some of the policy issues that we’re confronting in the state as well as the overall direction of the state and country,” Clinton said.

Geer noted growing dissatisfaction with Lee is a departure from approval trends associated with former Tennessee Gov. Bill Haslam, who generally enjoyed a 60% approval rating throughout his tenure.

“Lee is not in danger of losing reelection or anything along that line. He’s still sitting very strong with his base,” Geer said. “Gov. Haslam had strong support among Republicans, but he also enjoyed support among independents and Democrats. We now see Gov. Lee with a very polarized set of opinions on him as governor. And that’s a big, big change.”

Besides a drop in approval for Lee at the state level, those polled also expressed less confidence in national leaders compared to May 2021. On the national front, President Joe Biden’s approval rating among Democrats slipped from 92% to 85% in the newest polling results, from five to three percent among Republicans, and from 39% to 32% among independent voters.

“Those are massive numbers about how Democrats and Republicans are thinking of each other, not just as having different political views, but as a danger to our country. And that is a really concerning aspect,” Clinton said. “That’s not a very healthy set of attitudes to have about our country, and it’s not a very particularly optimistic way of thinking forward.”

Opinions about shared attitudes around certain values also painted a bleak picture, with only six percent of those polled reporting that they believe the country is more united than divided, compared to 11% in May.

The news isn’t all bad, however. Democrats and Republicans agree in several areas.

Both report positive views of the state economy, with 67% of Republicans classifying the current economic climate as ‘good,’ while 64% of Democrats answered the same way.

Sixty percent of both parties agree on support for public hearings on redistricting. Both also favor keeping Nashville one district, with Democrats favoring the idea slightly more.

And more than 80% of respondents in both parties said high-quality K–12 public education is essential for the state.

Tennesseans are only lukewarm about another ‘Make America Great Again’ campaign from former President Donald Trump.

Trump enjoyed about a 60% approval rating in the state during his presidency. But only 44% of Tennesseans polled want him to run again. One in five Republicans want him to stay in Florida, some evidence that his base may be looking for other options in 2024.

“We do see a shift down in support for Trump and that cannot be viewed as good news for him,” Geer said. “It’s certainly not terrible news, but it’s suggestive.”

(The Vanderbilt Poll is supported by the Center for the Study of Democratic Institutions at Vanderbilt University. In 2015, the Vanderbilt Poll became a charter member of the American Association for Public Opinion Research’s Transparency Initiative.)