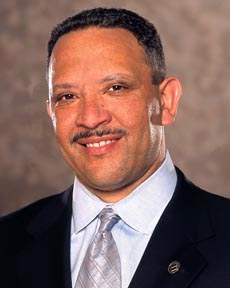 (TriceEdneyWire.com)– “You got to be way out of it if you go into a meeting repeatedly with people of color, and you keep bringing three White men from Yale. It’s just, ‘No’” – U.S. Rep. Emanuel Cleaver.

About a quarter of the current members of Congress identify as Black, Hispanic, Asian/Pacific Islander or Native American. While low compared to the overall population (about 40% of Americans are people of color), it is the most ethnically and racially diverse Congress in history and represents an ongoing positive trend. It’s the sixth consecutive Congress to break the diversity record.

Yet the public affairs industry (lobbyists and government relations professionals, known collectively in Washington as ‘K Street’) remains overwhelmingly White. And Black lawmakers have had enough. After years of urging the industry to diversify, members of the Congressional Black Caucus have threatened to stop meeting with public affairs firms that don’t employ Black or Brown lobbyists.

The Congressional Black Caucus has been fighting this battle for years, and some members began putting firms on notice a decade ago. At that time, the Black lobbyist association Washington Government Relations Group listed about 450 members, a number that represented just four percent of registered federal lobbyists at the time.

“If you’re going to represent your client and come to an African American and your workforce is all White, that’s disingenuous to the client you’re representing,” Rep. Bennie Thompson, chair of the Committee on Homeland Security, told Politico. “We have to use the bully pulpit of opposition in Congress to say to those companies, if you want to continue to enjoy the support of people like me, you have to make sure that your workforce looks like America.”

Because most government relations professionals are former Congressional staffers, the diversity problem in the public affairs profession has its roots in the diversity problem among Congressional staff—an issue which the National Urban League has worked to remedy for several years. Only about 11% of Democratic Senate staff directors and 20% of other Democratic full committee top staff identify as people of color, according to a report issued by the Joint Center for Political and Economic Studies. People of color account for only 5.3% of Republican Senate staff directors and 11.6% of other Republican full committee top staff.

“The significant influence and lack of racial diversity of top staff facilitate systemic biases that reproduce privilege and inequality and affect all Americans,” the report’s author, LaShonda Brenson, Ph.D.D., wrote. “Increasing diversity among key staffers would enhance congressional deliberation, innovation, legitimacy, and legislative outcomes, which would allow the Senate to function more effectively and in a manner that more accurately reflects America’s diversity.”

Largely in response to our advocacy, the U.S. House of Representatives in 2019 approved a rules package creating a new Office of Diversity and Inclusion and requiring the appointment of a chief diversity officer and the development of a diversity plan.  More than 31% of top staffers hired by newly-elected House members in 2019 were people of color.

Public affairs firms and companies that employ government relations professionals should follow the lead of the House of Representatives. The National Urban League personally delivered senior-level resumes of qualified, African American candidates to senators who represent states with a high percentage of minority residents, and we are prepared to do the same for K Street.