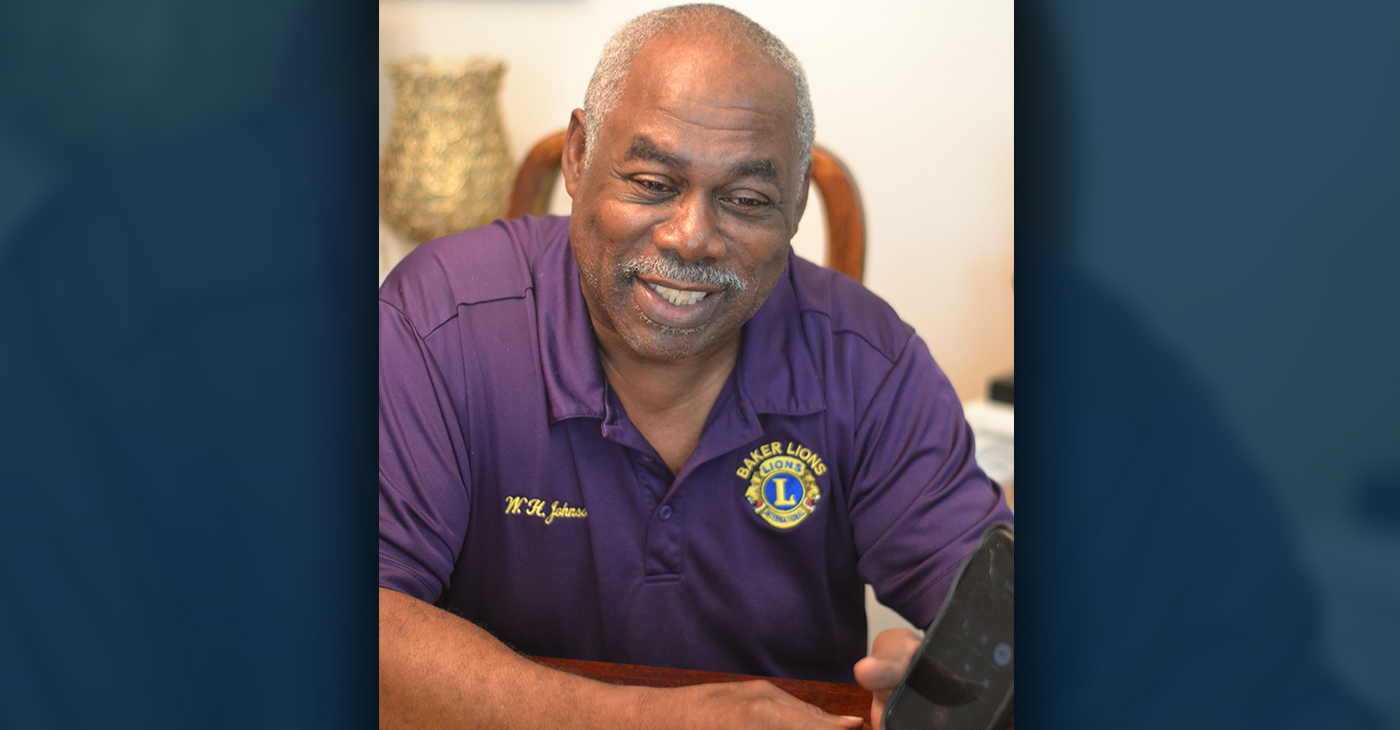 Bill Johnson, a retired Zachary police captain, talks by phone to his newly found daughter, Zindy Laursen, December 16, 2021. Laursen, a Danish entertainer, has spent 30 years trying to find her father and recently found Johnson with the help of a genealogist and 23andMe DNA analysis.

Zindy Laursen’s parents, a Danish go-go dancer and a Louisiana GI headed to Vietnam, met more than 50 years ago in Australia. Armed with only that tiny bit of information, the Danish pop singer and actress embarked on a 30-year journey to find her father. Her quest ends at the Baker home of a retired policeman who marked Christmas 2021 with the gift of a newfound daughter. 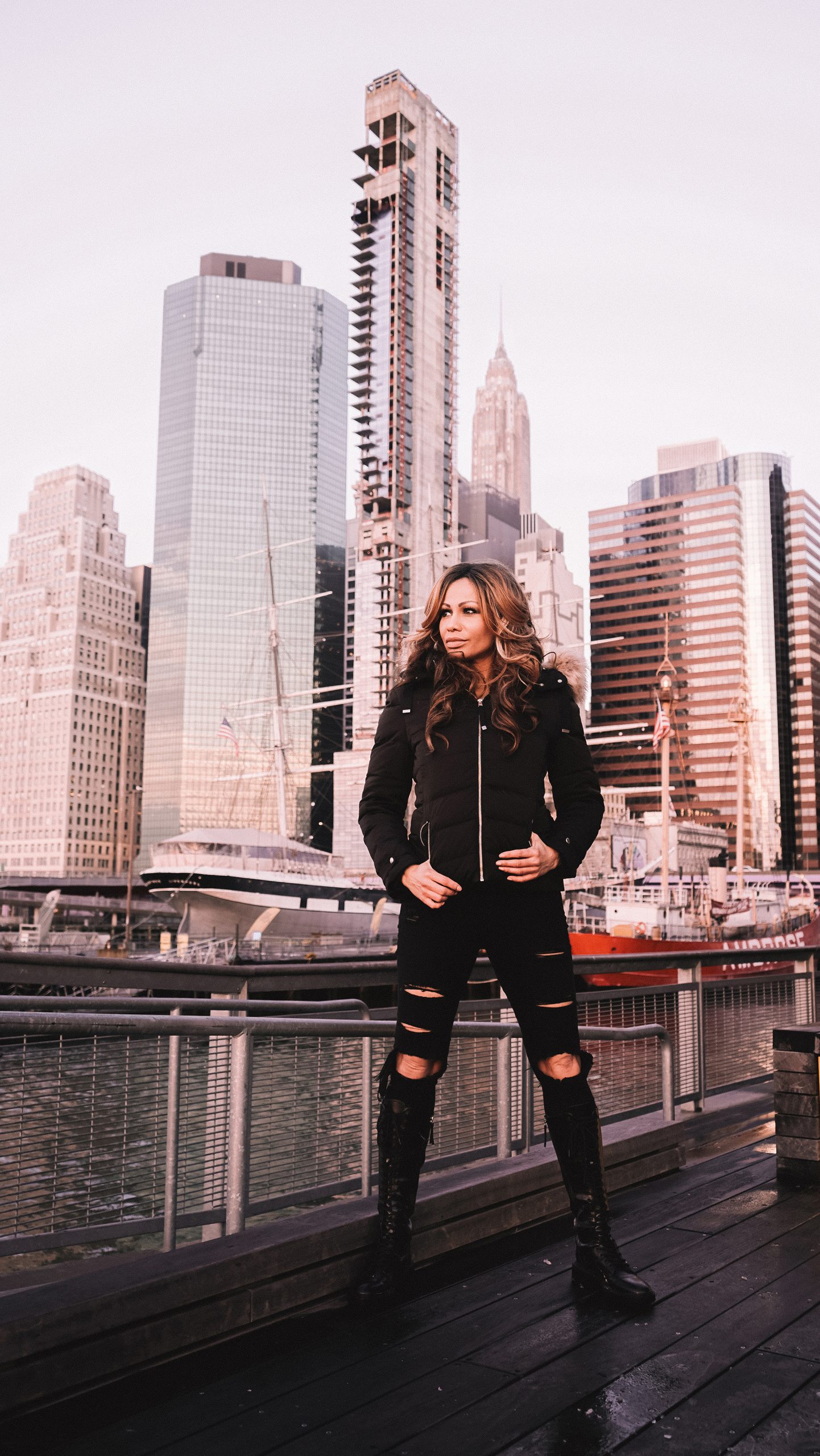 Bill Johnson has held many titles in more than 50 years of public service including GI, soldier, and police captain. This Christmas, ‘dad’ is a new title, and the Zachary native is ecstatic to begin a new role as a father. “I found somebody in my life that was like me,” he said. “I just enjoyed the first time we talked, and I looked at the pictures. I said, ‘wow, my God, look at her cheeks.’ Then the brown eyes floored me. I said, ‘well, that’s, that’s got to be my daughter.’”

The talk of a family reunion is the end of a long journey that began in 1969. Stars and Stripes, the U.S. military news organization, introduced the world to Laursen’s quest in an article published in September 2021. The article, ‘Danish Pop Star Hopes DNA Leads to Father She Suspects is a Vietnam War Vet,” documented how Laursen’s mother was a go-go dancer in Sydney and met U.S. service members on leave from their units in Vietnam. Laursen’s mother moved back to Denmark, but Laursen said she grew up eager to find out about her father, a “mysterious person that her mom met dancing, like something out of a movie.”

The singer/actress, known in Denmark and Europe as ‘Zindy,’ grew up in a fishing town with her mother, brother, and her Ghanian-born stepdad who died when she was 16.

“We were living in a predominantly White area, and I got teased a lot, so, I felt really out of place,” she said. “I didn’t know where I belonged because I was getting teased in school every day.”

Her unique heritage became a motivating factor when she saw Prince perform for the first time. He was a total package. He could play the piano; he could sing and dance; and he seemed to have a biracial heritage.

“I could identify myself with him,” Laursen said. “We lived in an area that was really poor but there was this little place where there was a piano, and I went down to ask the super if I could go in there and play the piano because it seemed like something Prince would do, and I was inspired.”

Her music career started a few years later when she was second runner up in a singing competition similar to American Idol. She signed a record deal with EMI and became the lead singer of a group called Cut ‘N’ Move. After performing all over Europe and winning a Danish Grammy, she moved to New York in 2002 and has starred in plays while splitting her time between the two continents.

The first time she visited the United States she recalled thinking her father could be right around the corner. The quest to find him intensified.

Laursen enlisted the help of a genealogist and a DNA analysis from 23andMe. Earlier this year, the analysis provided her with a relative match from a man living in New York. She connected with him to see if someone in his family could be the American veteran who visited Australia in 1969. He immediately started calling his uncle, Bill Johnson. “He had been trying to call me for three or four days,” Johnson said. “He gave me the exciting news: ‘I think you have a daughter out there.’”

Johnson had initial doubts. He worried that he might be the target of a scam and sought lots of advice. Many associates advised him to walk away. “But that would have been the biggest mistake of my life,” he said.

Encouraged by his wife, Gloria, he submitted to DNA testing to compare his profile to Laursen’s. The report returned that he was a 99.99%$ match for being Laursen’s father. “I was excited, she was excited, and we started exchanging messages,” he said. “We just connected, and God put us together. And I’m one person that’s glad that happened.”

Johnson said he sees comparisons in his life and Laursen’s life in persevering to achieve goals and in working with people. “I grew up in the Avenues, which was one of the poorest areas in Zachary, but I was determined to make it,” he said. “My dad died when I was eight years old. My mother died at the young age of 45.”

He said he did not have running water growing up but would take odd jobs like cutting grass to contribute and eventually buy his own car. After serving in the Army, he returned to Zachary and continued his education at Southern University and A&M College in Baton Rouge.

He became the first Black police officer to serve in Zachary, La., and he rose to the rank of captain.

In his retirement, he gives back to the community and is a member of the Baker Lions Club and the president of the Zachary Men’s Club.

Laursen is in Denmark for the holidays working a string of performances, but she hopes to visit her father in early 2022. Johnson is busy with calls from relatives and press inquiries. He knows a great gift is on the way. “I’m just looking forward to that great day,” he said. “This will be the best Christmas of my life.”