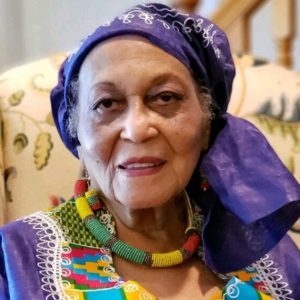 A lover of reading, writing, and history, Dr. Othow received her Ph.D. from the University of Wisconsin in Madison and majored in Black studies and African, African American, and Caribbean literature.

She also studied Elizabethan and Medieval literature, and her dissertation, The New Decorum: Moral Perspectives of Black Literature, was published in the Library of Congress.

Dr. Othow presented Sundiata: An Epic of Old Mali by D.T. Niane, that illustrated her appreciation and knowledge of African culture.

She expressed a desire to impart knowledge to all citizens of the world.

“My sister was also a freedom fighter,” Dr. Chavis said. “The Chavis family has been fighting for freedom, justice, and equality for 250 years in America and in Africa.”

A municipal park in Raleigh, North Carolina, bears the name of her ancestor educator, John Chavis (1763-1838). 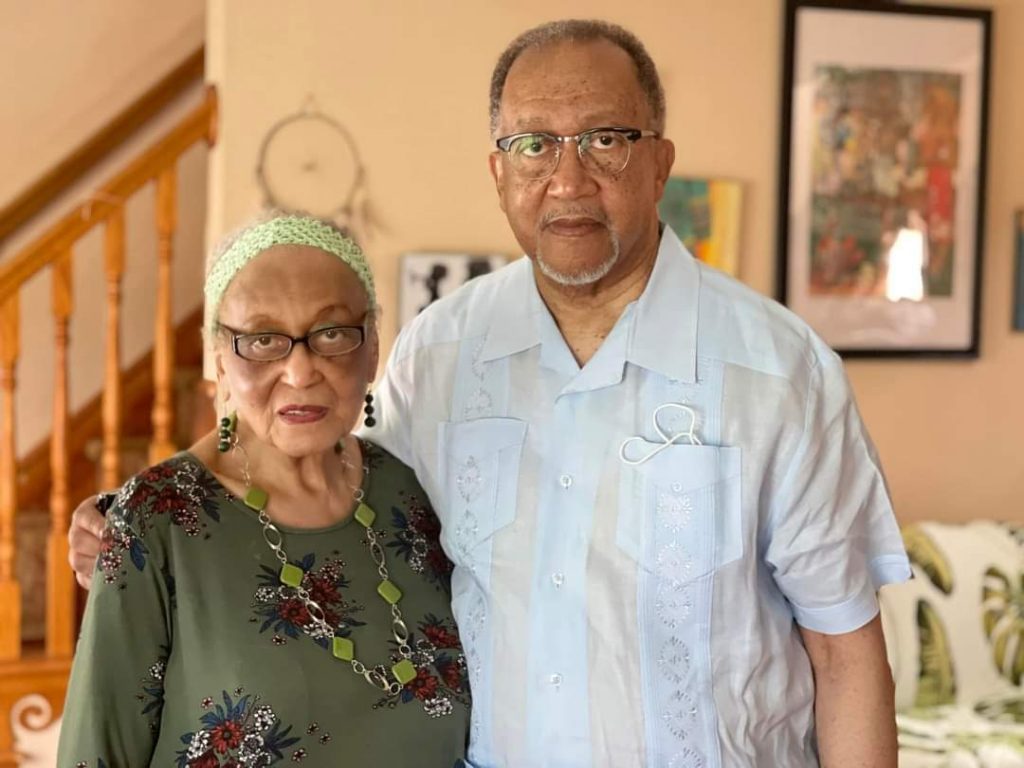 She eventually became head of the English Department at St. Augustine’s College.

Dr. Othow pushed for the understanding of African American history, including educating her students and others about John Chavis, who fought in the Revolutionary War and became an educator who taught some of North Carolina’s most influential leaders.

Dr. Othow is survived by her daughter, Ajulonyodier Elisabeth Othow; her brother, Dr. Benjamin F. Chavis, Jr.; and her sisters, Dr. La Rhoda Francine Chavis, MD, and Carol Faye Paton; and a host of other relatives.

Condolences can be sent to Wright Funeral Home, Inc. at wfhoxf@embarqmail.com, or by visiting the funeral home’s website at www.wrightfuneralhomeoxford.com.

She was reared in a loving home and attended St. Cyprian’s Episcopal Church in Oxford, N.C. since childhood, where she was a member of the Choir, the Altar Guild, and the Vestry. She attended the public schools of Oxford, Angier B. Duke Elementary School and was graduated from Mary Potter High School in 1948.

As a lifetime career teacher, she wanted her church to become more involved with the schools and youth in Oxford to help students achieve at a higher level. In February 2010, she sponsored through the Granville Arts Council an Artists-in-the-Schools program at Northern Granville Middle School and Mary Potter Middle School. In 2009 she coordinated the Centennial Celebration of St. Cyprian’s Episcopal Church. Over the years she also coordinated several summer enrichment programs for underserved students at St. Cyprian’s.

She attended St. Augustine’s College in Raleigh, attaining the B.A. Degree in English and French in 1952; the M.A. Degree in English from North Carolina College in 1958; and the Ph.D. Degree in English from the University of Wisconsin in Madison, Wisconsin in 1971. It was there that she met her late husband, Paul Anade Othow from Sudan in East Africa, while they attended the University of Wisconsin. They were married in Gambela, Ethiopia in 1971. To this union was born her beautiful daughter, Ajulonyodier Elisabeth Othow in 1973. The three members of the family toured East Africa, and in the 1980’s, Helen and Anade taught at the University of Juba in the southern region of Sudan. Through their efforts the couple brought over 30 refugees to reside in the United States, from Sudan; Ethiopia; Sierra Leone, West Africa; and the Dominican Republic.

She is the author of John Chavis: African American Patriot, Preacher, Teacher, and Mentor 1763-1838, published by McFarland Publishers in 2001; a novel, Flight to Gambela; a book of poems, Lift High the Ramparts; and A History of the Chavis, Ridley, and Satterwhite Families of Oxford, North Carolina, published by the Library of Congress. Her dissertation The New Decorum: Moral Perspectives of Black Literature, the University of Wisconsin, 1972, is also published by the Library of Congress.

Through God’s help she also coordinated the installment of the Historic Highway Marker for Dr. G.C. Shaw and Mary Potter Academy in Oxford. She was the Founder and President of The John Chavis Historical Society and assisted in the unveiling and rededication of the new Historic Highway Marker for John Chavis in Raleigh, N.C. on July 11, 2010. She is also responsible for the installation of a permanent sign at the likely gravesite of John Chavis located on the former Willie P. Mangum plantation, having found it after extensive research, along with that of numerous other unmarked graves for enslaved people in Rougemont, North Carolina.

She was a member of the Nature Lovers Garden Club; Les Gemmes, Inc.; Alpha Kappa Alpha Sorority, Incorporated; The College Language Association; The Association for the Study of African American Life and History; The Langston Hughes Society; The Zora Neale Hurston Society; The Anna J. Cooper Society; The North Carolina Writers Network; The Mid-Atlantic Writers Association; The National Council of Teachers of English; The Toni Morrison Society; The Oxford Women’s Club; The National Mary Potter Alumni Association; and The John Chavis Historical Society. Through the John Chavis Historical Society, she coordinated Oxford’s First Annual International Festival, which in its fifth year is bigger and better and is now held in beautiful downtown Oxford.

Contributions may be made in care of the John Chavis Historical Society to the Dr. Helen Chavis Othow Scholarship Fund to St. Augustine’s College and to the University of Wisconsin in Madison, Wisconsin.