Here’s how young people can save America 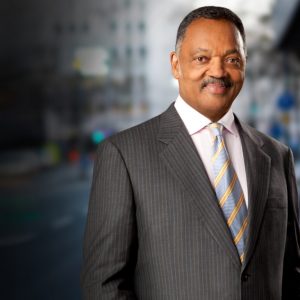 (TriceEdneyWire.com) — A new year is a time for reflection on the past and hope for the future.    My new year’s wish this year is that across the country, every high school gives each graduate a diploma and a voter registration card, and every center of education and training (whether community college or four-year university, technical training or business school) insures that every entering student is registered to vote. The energy, the urgency, the imagination of the young offer this country the best hope for salvation.

The young generation is the most diverse and the least racist of Americans. By a stunning seven to one, Gallup found 18- to 29-year-olds supported the racial protests triggered by the murder of George Floyd by a Minneapolis police officer. Young people mobilized the largest interracial demonstrations in history in response. They care about inequality: 70% of voters under 45 would raise taxes on the wealthy.

They care about equal justice: 81% support giving permanent legal status to the Dreamers, and 83% support gay marriage. They are fearful about their own futures. A global survey of 10,000 young people between 16 and 25 found about 60% were ‘very’ or ‘extremely’ worried about climate change.   And nearly two-thirds felt their government was failing them on climate change. Many of the young are alienated by today’s Republican Party and its race-bait politics, but they are frustrated with both parties. As Harvard University professor Thomas Patterson reported, exit polls show voters under 30 have backed the Democratic Party presidential nominee by more than three to two over the past five elections.

Joe Biden’s victory over Donald Trump was propelled by young voters. Exit polls show voters under 45 gave Biden a 57% to 43% split in the two-party vote, while Trump won older voters by about 52-48. But young voters are increasingly turned off by a politics that doesn’t work for them, frustrated by the gridlock in Washington, by the corruption and cynicism of our two major parties.

Republicans have responded to this reality not by reaching out (as many young Republicans urge them to do) but by trying to suppress the vote of young people. They work particularly hard to keep students from registering at their universities (making it far less likely that they vote anywhere). They oppose automatic voter registration and same-day registration, confident young and people of color will be less likely to jump the hurdles needed to register and vote. Voting by the young should not be a partisan issue.

The 26th Amendment, which lowered the voting age to 18, was passed with bipartisan support in 1971 when Richard Nixon was president. It was ratified by the states faster than any other amendment in history. Part of that was that 18-year-olds were eligible for the draft, and if they were old enough to fight, surely they should be old enough to vote. Part of it was the legacy of the civil rights movement, with the NAACP and union and young civil rights activists pushing to expand the right to vote. Today Republicans are doubling down on their efforts to constrict the vote in states across the country. My wish will be fulfilled only if young people mobilize and defend their right to vote—and if they mobilize and vote in large numbers this coming fall.

The challenges are great, yet we know that when young America acts collectively on a moral issue, we always win. Young America walked the halls of Congress to abolish slavery—and won. Young America rose against apartheid. James Chaney, Andrew Goodman, Michael Schwerner and Medgar Evers were martyred, touching the conscience of the nation. John Lewis and Hosea Williams, as students, walked across the Edmund Pettus Bridge and stood tall. Students rose to end the war in Vietnam.

Now, in this dark time, the former Confederate states have once again led a reaction, seeking to discredit elections, voting against free public education, against relief from student debt, against action on climate change. Young America must rise again or live with regret. If they come alive, they can write their own history, save democracy and keep hope alive