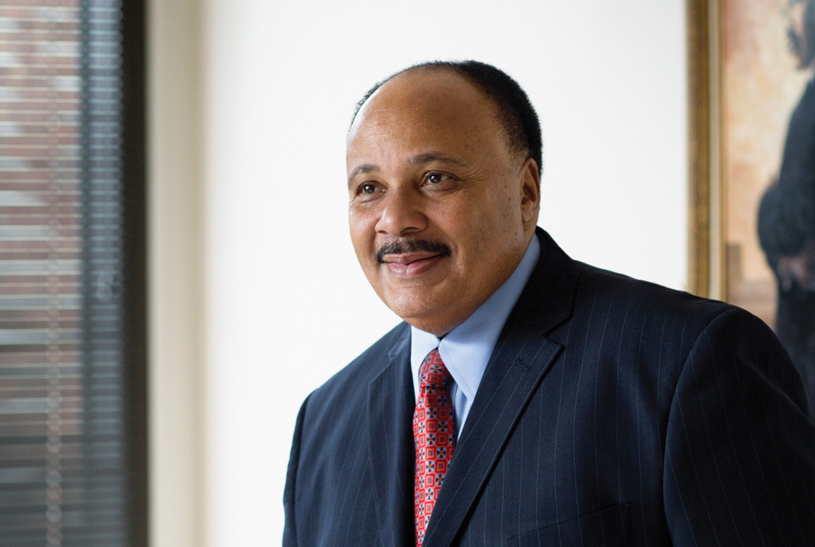 Prayer breakfasts, marches, parades, and an uptick in volunteer efforts to support the annual Day of Service have remained staples of Martin Luther King, Jr. Day.

But the late civil rights icon family has asked that observers strike a different tune in 2022.

King’s family has requested no celebration unless federal lawmakers pass voting rights legislation, a task that appears out of reach as President Joe Biden and several Democrats have faced stiff Republican opposition.

Democrats have also been hampered by members of their own party, notably West Virginia Sen. Joe Manchin, whose vote is crucial in an evenly split chamber.

“President Biden and Congress used their political muscle to deliver a vital infrastructure deal, and now we are calling on them to do the same to restore the very voting rights protections my father and countless other civil rights leaders bled to secure,” Martin Luther King III said in a statement.

“We will not accept empty promises in pursuit of my father’s dream for a more equal and just America,” King III, the oldest son and oldest living child of King, Jr. and Coretta Scott King.

In numerous Republican-led states like Texas, Florida, and Georgia, lawmakers have passed or are attempting to pass tight voter suppression laws that would disenfranchise many voters of color and the elderly.

Earlier this month, Senate Majority Leader Chuck Schumer (D-N.Y.), promised that the U.S. Senate would vote by Martin Luther King, Jr. Day (January 17) on whether the chamber would adopt new rules to circumvent the draconian filibuster to enable the passage of voting rights and social justice bills.

“We must ask ourselves: if the right to vote is the cornerstone of our democracy, then how can we in good conscience allow for a situation in which the Republican Party can debate and pass voter suppression laws at the state level with only a simple majority vote, but not allow the United States Senate to do the same? We must adapt,” Sen. Schumer said.

“The Senate must evolve like it has many times before. The Senate was designed to evolve and has evolved many times in our history.

“The fight for the ballot is as old as the Republic. Over the coming weeks, the Senate will once again consider how to perfect this union and confront the historic challenges facing our democracy. We hope our Republican colleagues change course and work with us. But if they do not, the Senate will debate and consider changes to Senate rules on or before January 17, Martin Luther King, Jr. Day, to protect the foundation of our democracy: free and fair elections.”

Meanwhile, King III insisted that President Biden and members of Congress use the same energy and force they mustered in 2021 to pass the $1.2 trillion infrastructure bill.

Reportedly, the King family plans to join local groups in a rally in Phoenix on January 15, the date of King’s birthday,

“[We wish] to restore and expand voting rights to honor Dr. King’s legacy,” the family wrote in a statement.

Further, the family and others plan to march across the Frederick Douglass Memorial Bridge in Washington, DC.

They also plan to hold a rally and march across a bridge in Phoenix, reportedly to draw a comparison to the 1965 march across the Edmund Pettus Bridge in Selma, Alabama, for voting rights for African Americans.

“The Senate must pass the Freedom to Vote Act and the John Lewis Voting Rights Advancement Act and ensure the Jim Crow filibuster doesn’t stand in the way,” the King family stated.