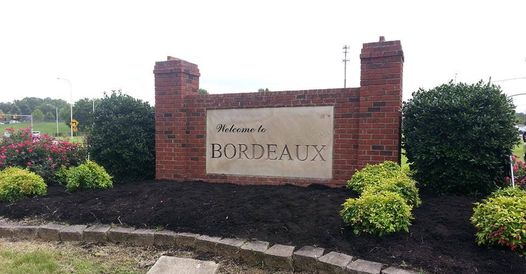 Residents have chosen traffic calming, playgrounds and other public investments as participatory budgeting happens for first time in Nashville.

“Making Nashville a city that works for everyone starts with our neighborhoods,” Mayor Cooper said. “Nashville’s participatory budgeting initiative is one step we can take to invest in Bordeaux and North Nashville, and it’s made even more meaningful by the neighbors who brought their ideas, their voices, and their inspiration to this community-driven process.”

Ruby Baker is one of those neighbors. She’s the president of the Bordeaux Hills residential association and advocated for new speed bumps on Hinkle Drive.

“This participatory budgeting process created the perfect opportunity for community engagement,” Baker said. “It caused neighbors to come together and prioritize their concerns and then put forth a concerted effort during the process that resulted in a resolution to a major concern coming to fruition.

“Participatory budgeting is an awesome tool for community advocates to use for effective community engagement. It was a very effective tool that brought a resolution to a major concern for our Bordeaux Hills neighborhood.”

The mayor introduced participatory budgeting (used in cities across the U.S. and the world) to Nashville for the first time with a $2 million investment in his FY2021 capital spending plan. He renewed that commitment in his FY2022 capital budget and is already looking for a new group of resident volunteers to lead the 2022 process.

Both plans (which Metro Council approved) invest a total of $4 million to date for city projects in neighborhoods within districts 1,2,3,19 and 21. In 2020, a Metro Council special committee report highlighted historic underinvestment in infrastructure in North Nashville.

“I’m excited about the projects selected for funding in the first round of participatory budgeting for Bordeaux and North Nashville,” said Councilwoman Jennifer Gamble, who represents District 3.

“The park center and bus shelter improvements are a great first step toward improving quality of life in the community. I appreciate the Participatory Budgeting Steering Committee and volunteers for their great work in the process.”

Participatory budgeting dollars come from the city’s capital budget. So, by law, they must be spent on infrastructure. But the initiative is one in a larger set of Bordeaux and North Nashville neighborhood investments, including:

After 11 days, residents cast nearly 500 votes, and the Participatory Budgeting steering committee reviewed and adopted the final results on January 10.

In 2021, 17 Bordeaux and North Nashville residents worked with their neighbors for roughly three months, turning their ideas for how to spend $2 million on community projects into full proposals.