Even without the John Lewis Act, the Black vote is still feared 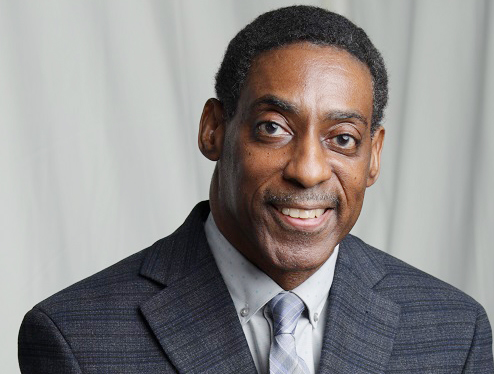 (TriceEdneyWire.com) — Any potential legislative victory or success favoring a Democratic president and a Democratic-controlled House and Senate will automatically receive Republican obstruction. That is an indisputable fact. Good-willed Republicans and Democrats must face this truth and accept the true motivations behind a lawmaker’s obstruction. This obstruction is a strategy borne out of fear.

The fear of losing Republican and Independent voters. Along with the fear of having a bold and energized Black electorate. There is no doubt that people of all races and economic classes will benefit in different ways from bills like the Build Back Better Act. If you are a Republican lawmaker, unanimous opposition must be displayed against certain legislation. The truth lies in the belief that you cannot have the lives of your Republican constituents made better by laws initiated by Democratic lawmakers. The same Democratic lawmaker group whom you previously portrayed as being the ‘enemy.’ Unfortunately, when a strategy of obstruction comes without any form of realistic alternatives, all of us (Republicans and Democrats) lose.

There have been very few U.S. presidents impeached throughout our history. Only one has the clear dishonor of being impeached twice within one four-year term. Americans have short memories when it comes to former President Trump and Ukraine. We must remember how the first impeachment centered on a phone call in which Trump pressed the president of Ukraine to find incriminating information on Joe Biden and his son Hunter. Nearly $400 million in security aid was withheld as a means of pressuring the Ukraine president. While no evidence of wrongdoing by Biden and his son was found, the events revealed how much Trump saw the former vice president as a potential threat. So why was Biden so much of a threat to force this type of reaction by Trump and his enablers?

There was a period during the crowded Democratic presidential primaries when the front-runner was not Joe Biden, but rather Sen. Bernie Sanders. Sanders was an avowed socialist who received much of his support from millions of young voters. Biden, on the other hand, received much of his support from millions of Black voters. With Biden came the power of the Black vote. As a result, Biden as the Democratic nominee had the best chance of beating Trump in the general election, and the former president knew it. If you are a person of color, you are feared as a voter.  Republican leadership will always fear the consolidation of the Black vote along with the candidate who shows the best ability to it unite and mobilize it.

Today Black voters are greatly concerned and frustrated. There are two bills that are important to the hearts of those in the Black community which passed the Democratic-controlled House but were unable to make it through the Senate. President Biden is seen by many as someone who has not delivered on voting rights and police reform. For Republicans, it will be ‘mission accomplished’ if they can continue to weaken Biden’s current standing among Black voters while eroding the enthusiasm of Black voters in upcoming elections nationwide. We already seen the enthusiasm gap and its impact on the Virginia gubernatorial race. The state house went from the Democrats to a Trump hand-picked Republican.

But is this really all Joe Biden’s fault? We should remember our civics lessons when considering the roadblocks by Democratic Senators Kyrsten Sinema and Joe Manchin. Where Senate Republicans are unwavering in their opposition to The John R. Lewis Voting Rights Advancement Act and the George Floyd Justice in Policing Act, Democrats are not one 100% unified in their support of the president’s domestic agenda. Our civic lesson reminds us that it takes both the executive and the legislative branches to get bills into law. Any person who is president and is looking out for the interest of the Black community will also need the support in Congress and the Senate. Biden does not have the needed support in the legislative branch. There are five sitting U.S. senators and a sitting Vice President who like Joe Biden sought the Democratic nomination. If Biden was not the nominee, it is likely Donald Trump with his 70 million votes would have won reelection. Suppose Bernie Sanders won the presidency. Could he as president get Sinema and Manchin to shift their positions on filibuster reform? He was unable to do so as senator.

After all of the talk about the Big Lie and the stolen election, South Dakota Republican Sen. Mike Rounds came clean. When the senator was asked about Republicans who believe the election was stolen he replied: “We looked, as part of our due diligence, we looked at over 60 different accusations made in multiple states. While there were some irregularities, there were none of the irregularities which would have risen to the point where they would have changed the vote outcome in a single state.” Some Republicans are beginning to realize that with the Big Lie comes the potential for it to backfire. There is growing concern that GOP turnout can be suppressed because of the falsehoods being spread. This is blamed for Republican losing two Georgia senate races in 2020. Black Americans have always been resilient people. There are some who will lose hope because of recent political setbacks, but if ill-willed Republicans are scared to death of Black people voting then why stop?

(David W. Marshall is founder of the faith based organization, TRB: The Reconciled Body, and author of the book God Bless Our Divided America. He can be reached at <www.davidwmarshallauthor.com>.)