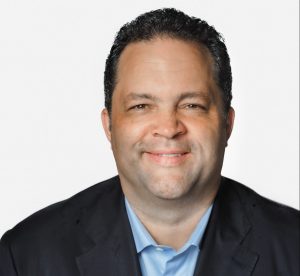 February is Black history month. The news we are making and witnessing right now reflects all the contradictions of our history—American history.

Let’s start with accomplishment. President Joe Biden will soon nominate the first Black woman to serve as a justice of the U.S. Supreme Court—if he hasn’t already by the time you read this. She will be brilliant and accomplished and committed to the constitutional principles of equality under the law and justice for all.

I can say that confidently without knowing who the president will nominate. That’s because the president has already nominated a record number of such Black women as federal district court and appeals court judges. There is a deep bench of impressive, highly qualified Black women judges, lawyers, scholars, and activists. I cannot wait to celebrate the confirmation of one of them as a Supreme Court justice.

It won’t be an easy time to be a justice committed to achieving justice for all. The court is now dominated by justices who are committed to a very different view of the Constitution. The Roberts court is the most pro-corporate court in history, ruling consistently to undermine protections for workers and the ability of the federal government to regulate and punish corporate wrongdoing.

The court’s majority has repeatedly weakened the Voting Rights Act. And that has allowed unprincipled politicians to target Black voters—and weaken our democracy.

The same destructive forces are at work outside the legal arena, too. Allies of former President Donald Trump are putting new voting restrictions in place all across the country. And they are inciting anger among Trump’s followers by repeating the Big Lie that he won the election.

Trump’s allies are also trying to build political power by stoking fear and anger and racial resentment among conservative White parents. They are passing laws that will make it nearly impossible for public school teachers to teach honestly about racism in U.S. history and society—or even engage students in conversations about controversial topics.

They’re taking over local school boards and purging libraries of books that explore the experiences of Black people, Native Americans, and LGBTQ people. One school district in Tennessee has even banned an award-winning graphic novel about the Holocaust and others are already looking to them as a model.

Dealing with racism on an individual level, and watching it play out in our political system, can be painful and discouraging. We can also allow it to motivate us to action.

When we act, when we fight, we can win. After all, we as Black people and we as Americans have overcome far worse than what we are facing today. This year, and in every election year, we have another chance to make history.

We made history in 2020 when we turned out in record numbers to vote. We elected President Joe Biden and Vice President Kamala Harris, the first Black person and first woman vice president. We elected Sens. Raphael Warnock and Jon Ossoff to the U.S. Senate. And that has allowed President Biden to appoint the most personally and professionally diverse set of judges in history, making our courts look more like our country.

In this Black History Month, we will take another step forward with the nomination of our next Supreme Court justice. Later this year we will celebrate her confirmation. And history will be made again.

(Ben Jealous serves as president of People For the American Way and professor of the Practice in the Africana Studies Department at the University of Pennsylvania where he teaches leadership. Jealous has decades of experience as a leader, coalition builder, campaigner for social justice and seasoned nonprofit executive. In 2008, he was chosen as the youngest-ever president/CEO of the NAACP. He is a graduate of Columbia University and Oxford, where he was a Rhodes Scholar, and he has taught at Princeton and the University of Pennsylvania.)