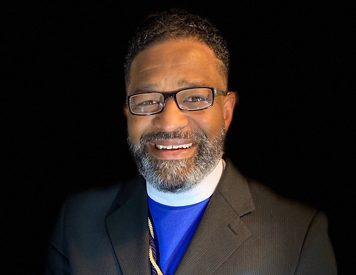 Have you ever positioned yourself to be engaged in a race or competition? Then you suddenly realized that your opponent was equipped for the challenge? As you approached the starting line you realized that each person lined beside you was ready to run the race successfully. Life is full of challenges. Some challenges are big, and some challenges are small. The question I ask you today is: Are you equipped to finish?

“The race is not given to the swift nor to the strong, but to the one that endures until the end,” Ecclesiastes 9:11. How determined are you to finish the Christian race with integrity, tenacity, and love for your fellow man? When Jesus was being crucified on the cross He understood the importance of not quitting or giving up. He endured until the end. His focus was not on himself but others. The crucifixion of Jesus is recorded in the New Testament books known as the Gospels: Matthew, Mark, Luke and John. These Biblical teachings are the central summary of the saving Gospel of Jesus Christ.

Jesus had prophesied of His death. “And he began to teach them, that the Son of man must suffer many things, and be rejected of the elders, and of the chief priests, and scribes, and be killed, and after three days rise again. And He spoke that openly. Peter took Him and began to rebuke Him. But when He had turned about and looked on his disciples, he rebuked Peter, saying, get thee behind me, Satan: for thou savourest not the things that be of God, but the things that be of men. And when He had called the people unto Him with His disciples also, He said unto them, whosoever will come after me, let him deny himself, and take up his cross, and follow me. For whosoever will save his life shall lose it; but whosoever shall lose his life for my sake and the gospel’s, the same shall save it. For what shall it profit a man, if he shall gain the whole world, and lose his own soul? Or what shall a man give in exchange for his soul? Whosoever therefore shall be ashamed of me and of my words in this adulterous and sinful generation; of him also shall the Son of Man be ashamed, when He cometh in the glory of His Father with the holy angels,” Mark 8:31-38.

From that time on Jesus began to explain to His disciples that He must go to Jerusalem and suffer many things at the hands of the elders, the chief priest, and the teachers of the law. He understood according to God’s divine plan that He must be killed for humanities sake and on the third day be raised to life. Jesus understood that His life would be required as a sacrifice for the sins of humanity. He had to finish the race.

At the height of His ministry many Jews came and believed in Jesus as the Messiah, the Son of God. The Jewish leaders feared Jesus because of His growing followers. With the help of Judas Iscariot, Roman soldiers arrested Jesus and He was put on trial for claiming to be the King of the Jews. According to Roman law, the punishment for this rebellion against the King was death by crucifixion. The Roman governor, Pontius Pilate, was reluctant when it came to the punishment of Jesus. Pilate could find no wrong in Jesus, yet he wanted to give the people what they wanted, and that was the death of Jesus. Pilate washed his hands in front of the crowd to symbolized that he was not taking responsibility for the blood shed by Jesus.

Jesus was handed over to be beaten, and a crown of thorns was placed on His head. A cross was given to Him to carry up a hill known as Calvary for His crucifixion. The translation for the word Calvary is a place of the skull. The crucifixion of Jesus was a part of God’s plan—from the very beginning of His birth. The sin of mankind would require a sacrifice that would come from the second Adam who would carry the shame of all mankind. The sinless life of Jesus was lived and given so that man could receive salvation and eternal life in heaven. Jesus was equipped to finish. As a born-again Christian we must take on our challenges and show the world that we are finishers—not quitting, giving up or tuning back from anything. We must complete the assignment that has been predestined before our existence. Ask yourself this question every day, are you a finisher?