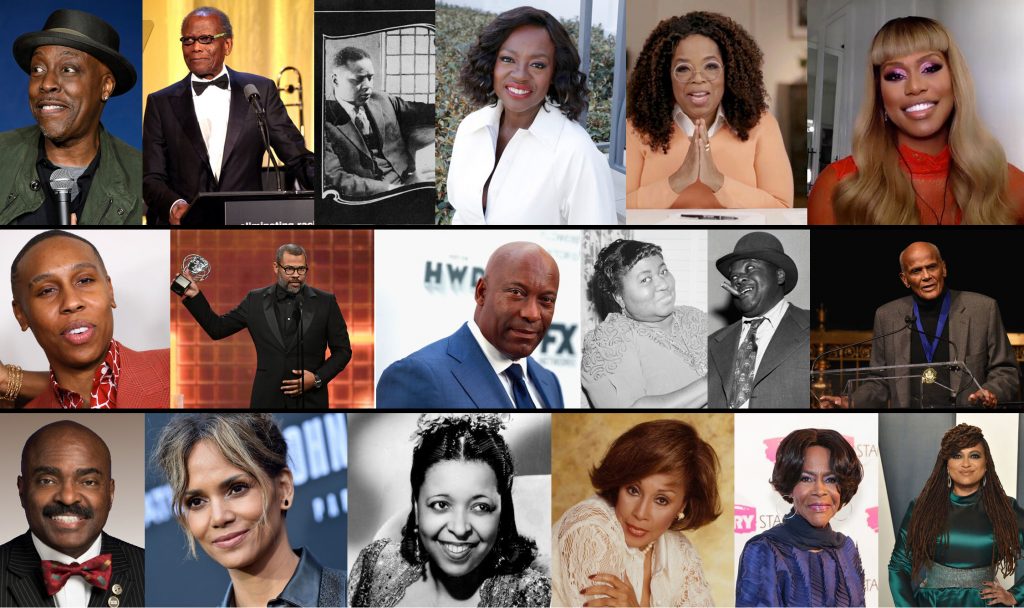 Directors, actors, and screenwriters are some of the most visible people when it comes to names in the TV and film industry. Plenty of Black people have stepped into these roles and either paved the way or became firsts in their specific professions.   In a time where America is becoming more conscious about the treatment of the Black community, their accomplishments are being amplified.

Whether it’s earning a prestigious award, starting their own company or simply being the first to do something, they have left their mark on history. Here is a list of influential Black people who made history on the big and silver screens.

A longtime name in Hollywood, Sidney Poitier made history back in 1964 for becoming the first Black man to win an Academy Award for Best Actor. His role as a construction worker in Lilies of the Field (1963) earned him this honor.

The legendary Cecily Tyson received much acclaim throughout her life. In the ‘60s, she became the first Black person to star in a primetime drama for her role in the series East Side/West Side. Tyson was also the first Black actress to receive an honorary Academy Award in 2018.

This journalist-turned-media mogul became the first Black woman to own her own production company. Winfrey is also a household name and one of television’s highest paid entertainers.

Lena Waithe became the first Black woman and first Black gay woman to win an Emmy for Outstanding Writing for a Comedy Series in 2017. She claimed victory from directing the ‘Thanksgiving’ episode of Netflix’s Master of None.

Oscar Micheaux is often credited as the first major Black filmmaker, directing and producing 42 feature films from 1919 to 1948. His work highlighted the atrocities and struggles of Black people during the Jim Crow Era.

This comedian and Coming To America star became the first Black late-night talk show host in 1989 with The Arsenio Hall Show.

This critically-acclaimed filmmaker is making waves in Hollywood. Thanks to his popular film Get Out, Peele became the first Black screenwriter to win an Academy Award for Best Original Screenplay.

Halley Berry was the first (and only) Black woman to win an Oscar for Best Actress. She claimed her award in 2002 for her role as Leticia Musgrove in Monster’s Ball.

Hattie McDaniel paved the way for Black actresses by becoming the first Black performer to be nominated for and win an Oscar. She won the Academy Award for Best Supporting Actress for her role as ‘Mammy’ in 1939’s Gone With the Wind.

Diahann Carroll made TV history in 1968 by becoming the first Black actress to star on a non-stereotypical primetime TV role. The singer and actress starred on the show Julia.

An advocate for the LGBTQ+ community, Laverne Cox became the first openly transgender person to be nominated for a Primetime Emmy Award for any acting category in 2014. This was for her role as Sophia Burset in Netflix’s Orange is the New Black.

A prolific Black filmmaker during the 20th century, Spencer Williams directed The Blood of Jesus (1941), which became the first ‘race film’ to be included in the Library of Congress’s National Film Registry in 1991.